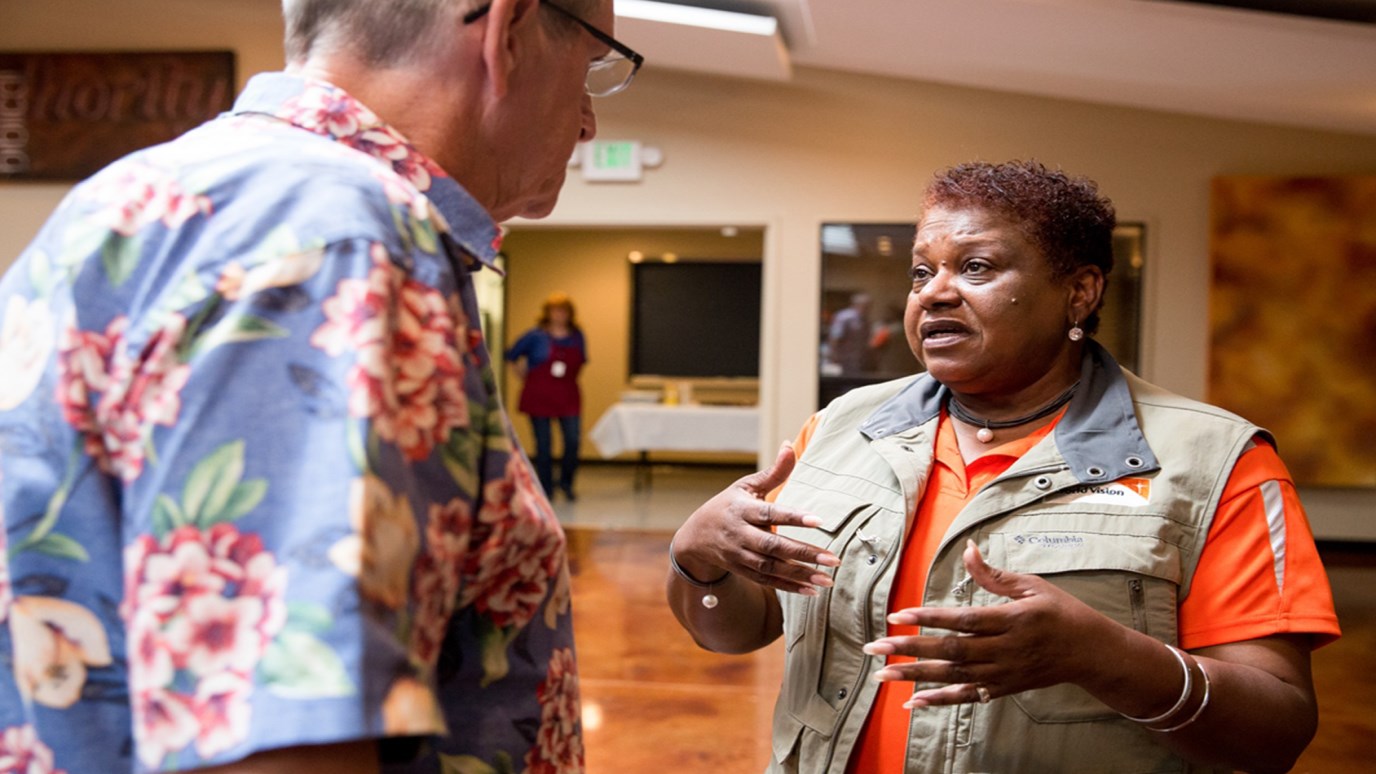 Churches and faith-based community organizations need to be ready to take the lead in local disaster response and recovery efforts.

Hurricane season extends from June to October in the Atlantic basin, where storms brew annually and pound the Gulf of Mexico, Caribbean, and U.S. Atlantic coastlines. Phyllis Freeman, World Vision’s director of domestic disaster response, says her team has been “working hard to be ready” for the storm season.


“We’ve done training, prepared our domestic rapid response team, and brought in volunteers to build relief kits that we are pre-positioning at nine locations to be near seasonal weather hotspots,” she says.

Phyllis declares the team to be prepared for whatever the season can throw at them: “Vehicles ready, go-bags packed.”

Local partner groups, many of them churches, depend on World Vision to supply personal hygiene kits, cleaning supplies, and other household items that families need to tide them over after a disaster. Later, during the recovery period, World Vision teams often bring toys, school supplies, and building materials.

“It will be churches and faith-based organizations that carry their communities through a disaster,” she says. “Not only are they local first responders, but they will stay with the recovery after outside organizations have left.”

She cites Vilonia, Arkansas, about 30 miles north of Little Rock, as a case in point. A tornado devastated the 4,000-person community at the end of April, part of the most damaging tornado system so far this year. It occurred almost three years to the day after a severe tornado hit the same place.

“Churches organized to rebuild Vilonia; the second time disaster struck they were better prepared. That’s the kind of resilience you want to see,” Phyllis says.

Phyllis and her team are ready to make a major push to provide readiness training to churches. She plans to offer training to several churches together — “as many as we can across the country, but particularly in the Gulf Coast and states that are prone to tornadoes.”