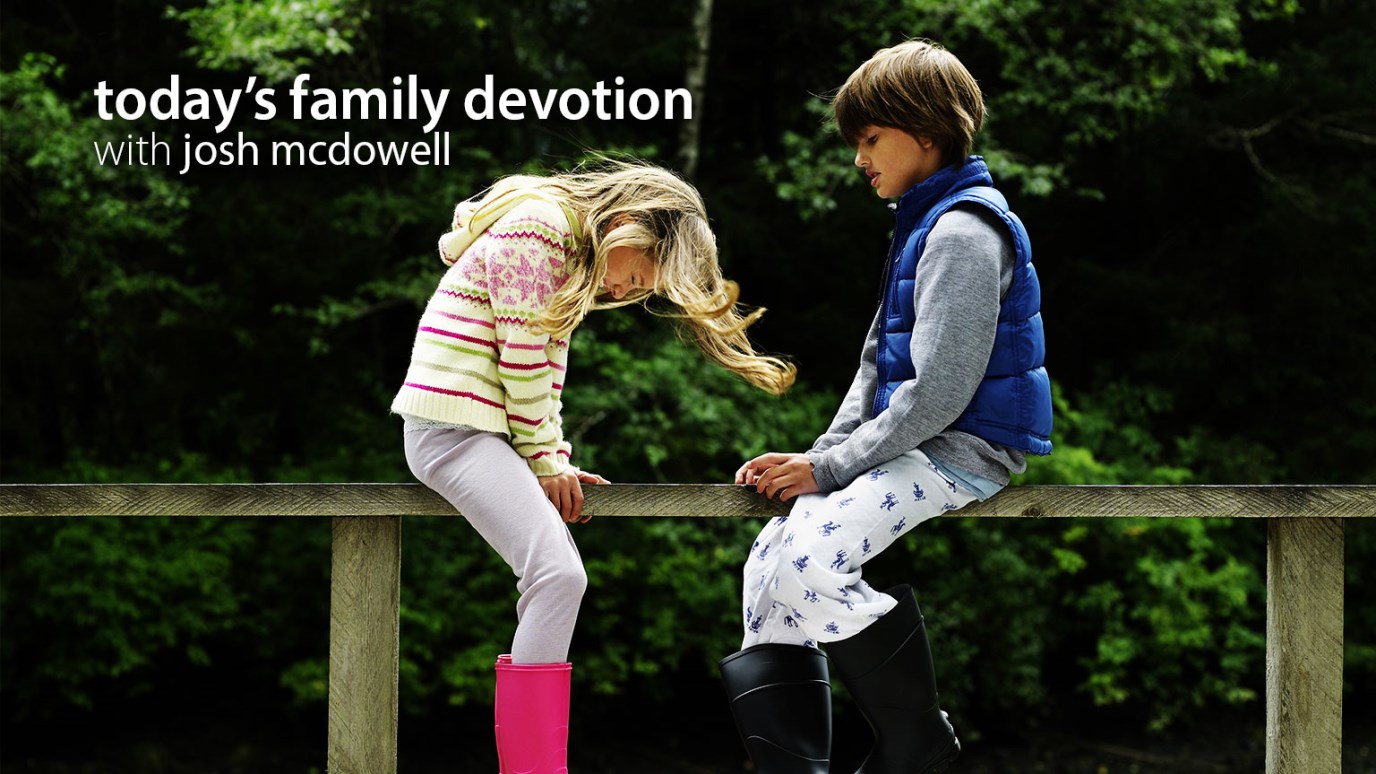 Temptation to do wrong is often strongest when you are weak.

TEMPTATION TO DO WRONG IS OFTEN STRONGEST WHEN YOU ARE WEAK.

Verse of the Day: “My grace is sufficient for you, for my power is made perfect in weakness” (2 Corinthians 12:9, NIV).

Billy lugged his duffel bag out of the car and followed his father up the steps. As soon as he entered the door, Mom ran to him and gave him a hug and a kiss. Sharon, his little sister, arrived a moment later. “How was camp?” Mom asked.

Billy’s tired eyes brightened instantly. “It was so cool, Mom,” he answered. “I can’t wait to go back next year.”

“Yeah,” Billy said, nodding. “Right now I’m really tired, though. Can I just go up to my room for a while?” Billy had been looking forward to a long nap in his own bed all the way home from Camp Kickapoo.

Mom gripped Billy’s duffel bag and took it out of his hand. “I’ll take this down to the laundry room,” she said. “You go on upstairs. I’ll call you when dinner’s ready.”

Billy trudged wearily up the steps. Sharon followed closely on his heels. When he reached his bedroom and opened the door, he was immediately surprised by a large paper banner that hung on the wall over his bed. A magic-marker message—”Welcome Home Billy”—was scrawled in large childish letters on the banner.

Billy turned around to see Sharon smiling with pride in her handiwork. He smiled back, then turned to look at the poster again.

It was then he noticed that Sharon’s banner was held to the wall by several thumbtacks-several of which pierced his favorite football poster.

She put holes in my best poster! he thought. She’s ruined it—RUINED IT! In spite of his weariness, anger rose in him as he whipped around to face his sister.

“How could you?” he asked, his voice rising to a shout. Instantly, while words still formed in his mouth, he saw the smile disappear from Sharon’s face.

Billy stopped. Sharon wore a look of innocent confusion as the muscles in Billy’s jaw tightened and the expression of anger on his face was replaced with another, softer, expression.

He inhaled deeply and exhaled slowly. “How could you do something so nice for me?” he asked, and was instantly rewarded by the reappearance of a smile on Sharon’s face.

TO DISCUSS: Are you more tempted to do wrong when you’re tired, lonely, or weak in some other way? If so, what can you do to get ready for temptation at those “weak” times?

TO PRAY: “Lord, prepare us for those moments when we’re tempted to sin. Help us be victorious over temptation.”

Elise Boggs: Character and Excellence
Erin Weidemann
Follow Us
Grow Daily with Unlimited Content
Uninterrupted Ad-Free Experience
Watch a Christian or Family Movie Every Month for Free
Early and Exclusive Access to Christian Resources
Feel the Heart of Worship with Weekly Worship Radio
Become a Member
No Thanks