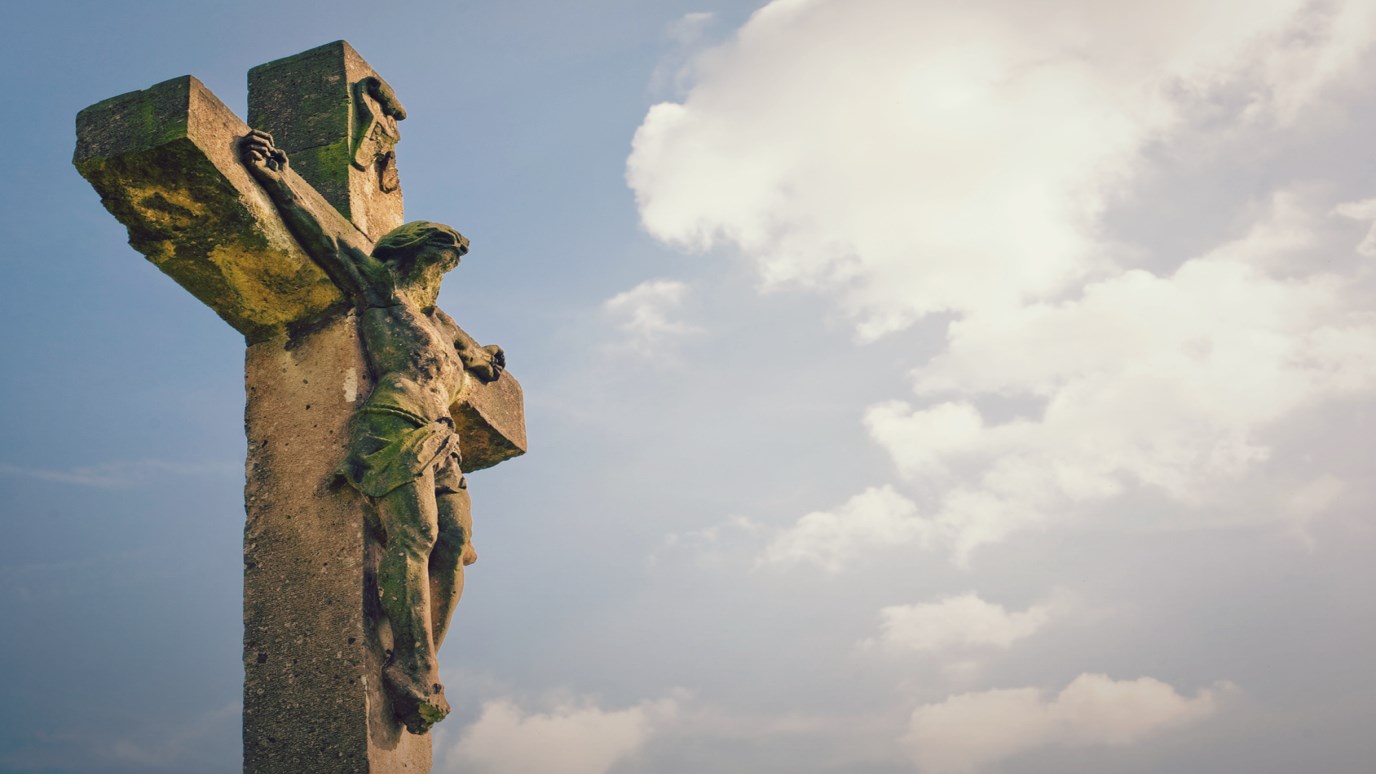 The image of Christ on the Cross turns any understanding of fragility on its head, challenges our discomfort with brokenness, and redirects our associations of weak and strong.

After fifteen years and nearly 17,000 miles, an unlikely fleet was set to make port on the beaches of Britain. On January 29, 1992, three massive containers on a cargo ship from Hong Kong crashed into the Pacific Ocean during a storm. The containers were filled with brightly colored bathtub toys bound for the United States. Instead, 29,000 little plastic ducks, frogs, beavers, and turtles began a journey that would be carefully monitored by children, oceanographers, and newscasters alike.

After a decade and a half, the tiny bobbing friends have traveled past Japan and back to Alaska, drifted deliberately down the Bering Strait and past the length of Greenland, and carefully floated down the eastern coastline of the United States. They have persevered through storms that would have left boats and crews in dire straits. They patiently endured four years frozen in ice as they crossed the Arctic Ocean. They have arrived at various intervals on various shores, faded and tattered by sun and surf, some with animal bites and barnacles to show for the journey. But each smiling plastic face seems to return with an ironic confession: the smallest vessels on tumultuous seas are not necessarily the most vulnerable.

Life is far more than an attempt to keep our heads above water, and yet at times it feels a suited metaphor. Tossed like tiny rubber ducks in an oceanic bathtub, we hit rocks of fear and anger, are pulled under by currents of despair and disappointment, and are broken at times by the journey. Human fragility is often as startlingly obvious as the image of a bath toy in the Bering Strait. We are at times almost averse to this fragility, whether seen in ourselves or in others. Fighting to keep afloat in an unpredictable sea, we take on distracting cargo and build defensive walls—anything that makes us feel less like tiny vessels lost at sea and more like giant ships passing in the night.

But metaphors of strength can be misleading, and vulnerability is often misunderstood. Though we may be reluctant to hear it, the story of a fragile and fleeting humanity is not always told despairingly. Jesus spoke readily of his own death and wept at the grave of a friend. The apostle Paul spoke of bodies as “jars of clay,” words hastening back the image of powerful King David who lamented that he had become like “broken pottery.” Yet even well beyond these fragile images of humanity, the story of a vulnerable, incarnate God redefines all of our terms. The image of Christ on the Cross turns any understanding of fragility on its head, challenges our discomfort with brokenness, and redirects our associations of weak and strong. In these images is the strange suggestion that the vulnerability of God is far stronger than our greatest images of strength. In his cruciform journey, God uses the weak to shame the strong, a suffering Son to heal the wounds of creation, and the vulnerable image of a broken savior to show the all-surpassing vessel who saves us.

The Christian oddly professes that it is by the Cross which we live, by a seemingly weak vessel that we are brought home. Here, Christ is not an escape raft for the hard realities of this world. On the contrary, he calls to us in our weakness and reminds us that it is not unfamiliar to him. Through tumultuous waters, he beckons us to see there is potential in fragility, meaning in affliction, and life within and beyond the journey that currently consumes us. Something like the image of tiny ducks arriving after an unlikely voyage, the story Jesus tells redirects thoughts on vulnerability, the weak and the strong. And along the way, God is aware of every last and fragile vessel, going after even one that is lost, longing to gather us unto himself like a hen bringing together thousands of little chicks under her wings.