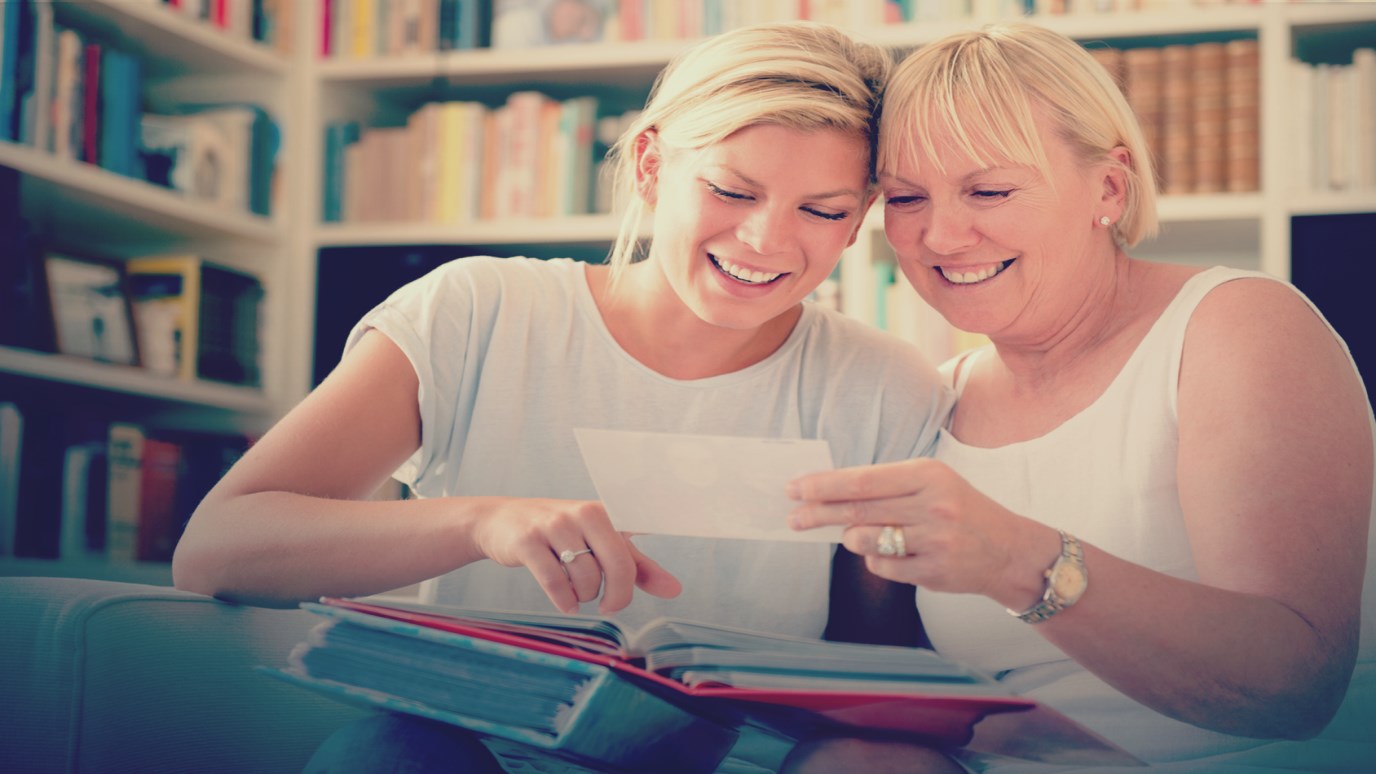 What greater picture of blessing could a mother give to her children? A picture that says, “You are the delight of my life,” a picture that captures the choice to bring life and light to a child.

One group of photographs in particular grabbed my attention. The photos are in a book with a white background and a black-and-white photo of Princess Di centered on the cover. Inside, the pictures are arranged chronologically. They begin with a barefoot Diana on a blanket on her first birthday. They end with a coffin at Westminster Abbey. In between are the pictures that tell the story of her life. A lot of them are close-ups. Most of them could have made the cover of any fashion magazine in the world. All of them are beautiful.

But I doubt they are the ones she would have chosen, not if she could choose them now. Now that she’s gone, I think she would rather not be remembered for how photogenic she was, how stunning she looked in designer hats, or how exquisitely she graced the restaurants of the French Riviera. I think she would want to be remembered by other pictures, pictures that revealed other things about her. Pictures that would leave behind positive messages in the lives of those she loved. Pictures that would bless the lives of her sons.

Diana left behind a lot of pictures of her and her two boys, William, the future king of England, and Harry, the younger prince.

In one picture, her arms are wrapped around young Harry as William stands behind her, wrapping his arms around her. In another, the boys are younger, propped on a piano bench, pounding away at the keys, with Diana standing behind them, smiling. In one, she is with them on their first day of school—they in their uniforms, she on the steps beside them. It seems like any other first-day-of-school photograph. Except boys in the royal families don’t go to school. School comes to them. In the form of private lessons, personal tutors. But Diana thought an important part of their education was to learn what life was like outside the palace walls, so she broke a time-honored tradition and sent the boys to school.

What a memory for two boys who now have nothing but memories of their mother.

Diana was forthright about her failures, but motherhood wasn’t one of them. The thing in her life she felt most proud of was being a mom. When the boys came home from school, she dropped everything. Everything else, everyone else had to wait. Even heads of state. “I want to bring them up with security,” Diana once said. “I hug my children to death and get in bed with them at night. I always feed them love and affection; it’s so important.”

“When she was with her boys,” one reporter commented, “her delight was not only palpable, but irresistible.”

Of all the images of Diana that have burned into the public memory, few are more incandescent than one from Toronto several years ago. As Harry and William approach, their mother rushes to meet them, her body canted forward, her arms flung wide open, with a smile that would light the darkest heart.

Of all the pictures she left behind, I think that is the one she would most want remembered. The one with the arms that say, “I’ve missed you so much.” With the eyes that sparkle and the smile that says a thousand “I love you"s.

What greater picture of blessing could a mother give to her children? A picture that says, “You are the delight of my life.” A picture that captures a CHOICE to bring life and light to a child, that we can choose as well.

Who's in Charge?
In Touch Ministries

“Help! I Got the Wrong Kid”
Dr. Tim Elmore