We Are One Nation Indivisible Under God ... or Are We? 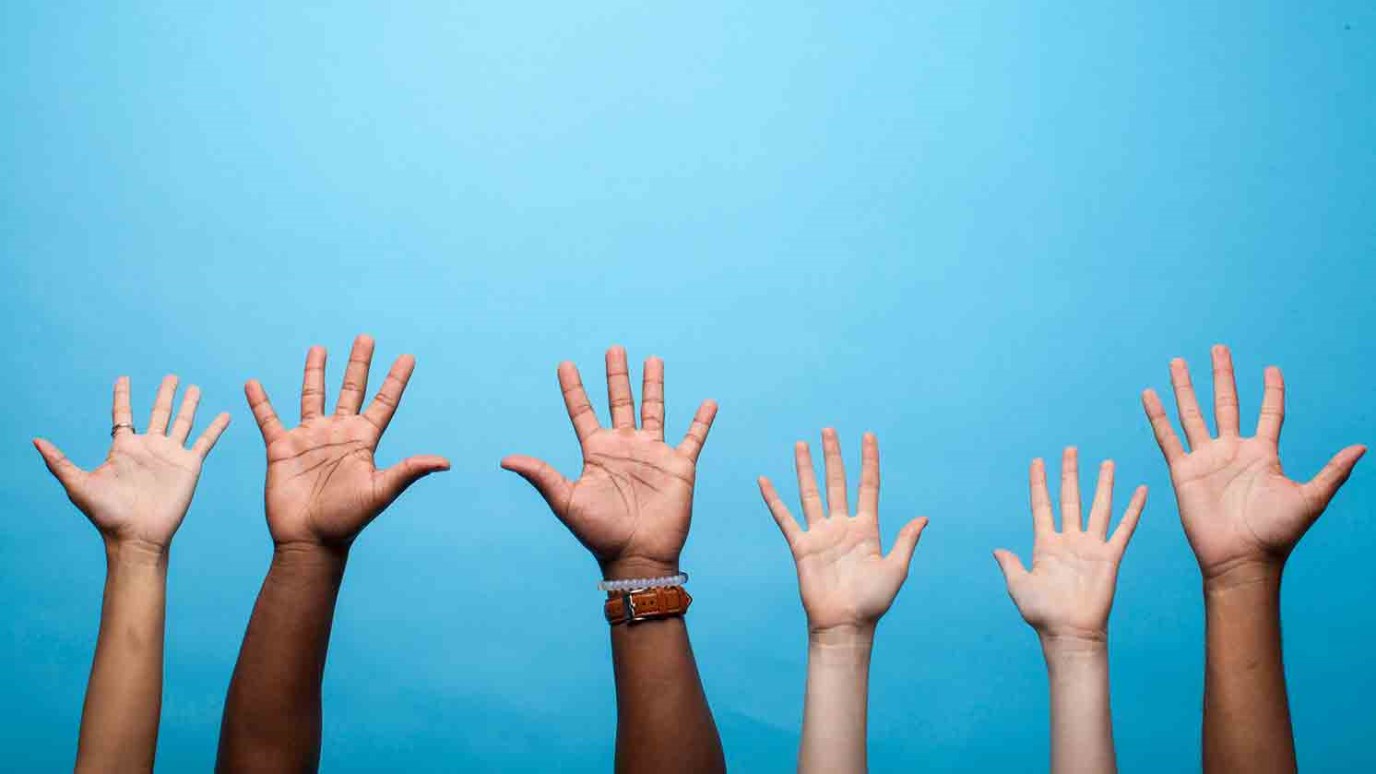 God created diversity, but we divided ourselves. True leaders create unity because they believe that each and every person is made in His image and likeness.

Imagine waking up every day to a world of “same.” A world where coffee and soda taste the same. A world where the sun, grass, ocean and sky are all the same color. All flowers look alike; there are no differences among animals. It would certainly make car buying easier; but, that is not the world God envisioned.

Every day we wake up, reborn, into a world filled with diversity.

Scientists estimate the number of different species of animals on our planet to as few as 3 million and as many as 100 million. There are almost 7.3 billion people in the world, speaking 7,097 languages (www. Ethnologue.com).  A world where, according to the United Nations, there are more than 5,000 ethnic groups. A world that anthropologist divide into three or four races, and some 30 subgroups. We can’t escape the fact that we live in a world forged from diversity.

The truth is that God says there is only one race. Acts 17:26 (VOICE) says: “This God made us in all our diversity from one original person, allowing each culture to have its own time to develop, giving each its own place to live and thrive in its distinct ways.”

If you didn’t know better, you might think that diversity doesn’t matter. No matter how you slice it, the current atmosphere is tense. We are bombarded with daily messages about how divided we are as a people. We hear about division across political, economic, educational, geographic, gender, racial and even religious lines.

You can turn on the television and hear someone say that this life matters, or that life matters. You would think that somehow one life has to be valued more than another. Can we really reduce life to a hashtag? No, hashtags aren’t enough. Does life matter? Of course it does.

God created diversity; we divided ourselves.

God not only embraces diversity, He created it.

Here is a news flash! God not only embraces diversity, He created it. God created two genders, in every species. He created the world not in monochrome but full of vibrant colors. He created geographical and topographic diversity. He created mountains, oceans, deserts, forests and rivers. He created “lions, and tigers and bears; Oh my!” All for our benefit.

If you think about it, regardless of the environment, a leader creates unity – a focus toward a common mission, vision, and purpose. Leaders create unity, often out of chaos. Like a sculptor, a leader chisels away divisiveness, uses compassion to mold chaos, and when needed, applies heat to confront complacency. And like a poet, a leader’s words and actions can bring warmth and comfort to the most difficult situation.

But the sculptor and the poet don’t accomplish any of this without the right materials and environment to spawn creation. You see, diversity is supposed to be constructive not destructive. It is about building people up, not tearing people down. There is a term, or motto, that embodies this philosophy: “Unity in diversity.”

“Unity in diversity is a concept of "unity without uniformity and diversity without fragmentation" that shifts focus from unity based on a mere tolerance of physical, cultural, linguistic, social, religious, political, ideological and/or psychological differences towards a more complex unity based on an understanding that difference enriches human interactions” (R. Lalonde, 1994).

A Model for Unity

Is it possible to overcome this atmosphere of divisiveness? Yes, and the good news is Someone has seen all of this before, and He provides us a leadership model that creates a form of true “Unity.”

Jesus took Jews, Gentiles, Samaritans, Romans, men, women, fishermen, tax collectors, a zealot, and many other forms of diversity and He created “unity.” In 1 Corinthians 27, He says: “All of you together are Christ’s body, and each of you is a part of it.”

Notice that He didn’t say we are all the same, but that we are each a part of the body; “Unity in diversity.” How do we do? Can we do it? I believe that we can but we have return to the basics.

Jesus didn’t say we are all the same, but that we are each a part of the body.

Professional athletes begin each year with the pre-season, the military has basic training, and most organizations have some form of new employee organization. These periods serve the purpose of allowing us to reorient our thinking, to learn about cultural rules and norms, to unlearn old habits and ways of thinking and relearn new ways.

For many of us, healing the divide means returning to a time when we can hear the words and music of C.H. Woolston and George F. Root:

Mark 10:45 (NIV) says, “For the Son of Man did not come to be cared for. He came to care for others. He came to give His life so that many could be bought by His blood and be made free from sin.” In His eyes, we are equal, we all matter. There are no blank spaces for us to insert anyone to be excluded.

I believe that leaders, true leaders, create unity; not through subjugating the unique talents or gifts of anyone but through creating an environment where each is nurtured because:

“Unless we believe that each and every person is made in the image and likeness of God and therefore granted dignity, value, and respect, we will make value judgements based on external things like net worth, color, or occupation.” (Rob Pochek, Why Every Life Matters).

Prayer: Father, please open my eyes and my heart to embrace the diversity that You have created. I pray you search my heart and mind. Please remove any pride, fear, or anything that prevents me from seeing your gift as a blessing. Teach me to create and lead with the kind of diversity that brings glory to Your name. Amen.