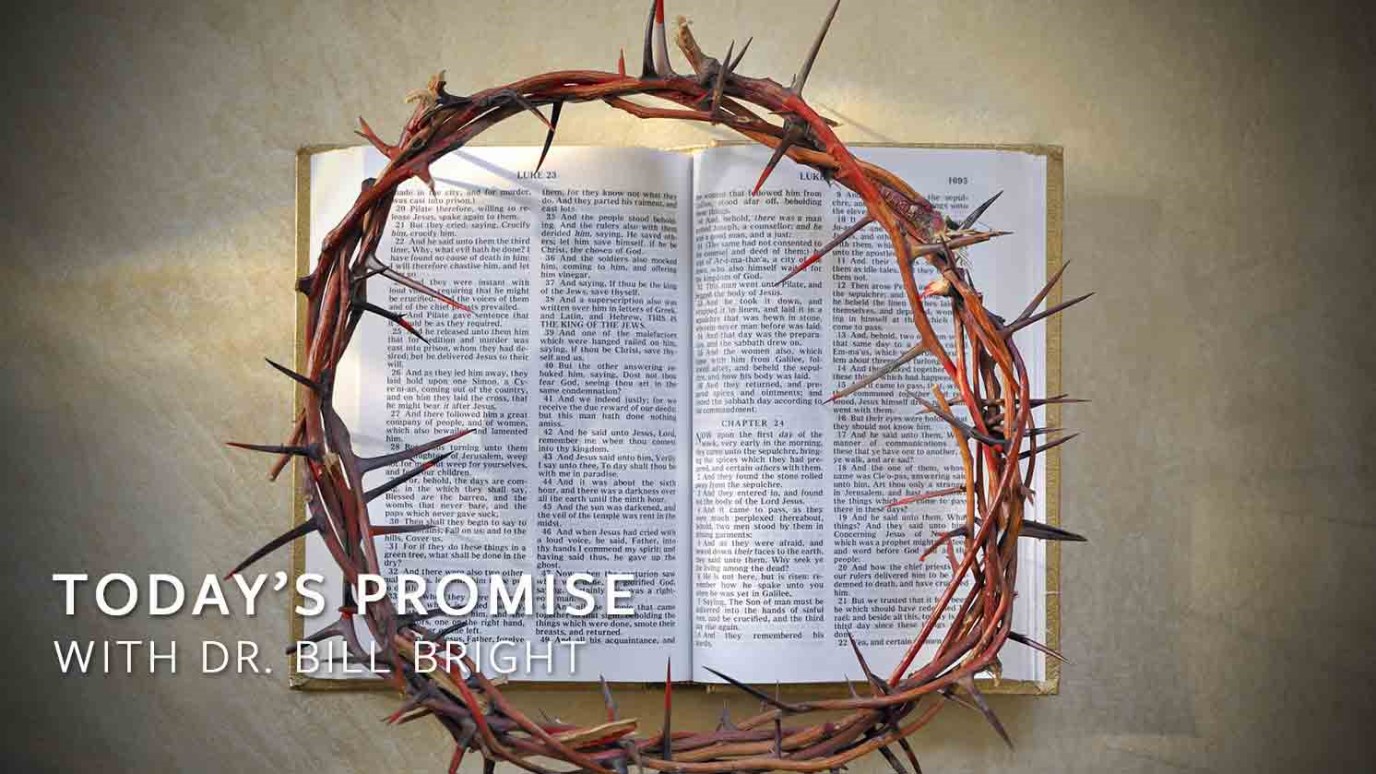 "The sin of this one man, Adam, caused death to be king over all, but all who will take God's gift of forgiveness and acquittal are kings of life because of this one man, Jesus Christ" (Romans 5:17).

Jack protested angrily, "Why should I be held accountable for the sin of Adam? Why should I be judged and condemned to eternal punishment because of the disobedience of someone who lived centuries ago? I resent that his action should involve me." I asked my young student friend if he remembered the infamous Japanese attack on Pearl Harbor followed by the declaration of war by then President Franklin Delano Roosevelt. "Yes," he said, "I'm a student of history and I remember that event very well." I reminded Jack that every able-bodied man who was of age was automatically conscripted to join the United States Army to do battle against Japan. "Yes," he said, "I know."

"Don't you think it unfair, following your logic, that the President of the United States should make a decision that would affect young men like yourself? Remember that tens of thousands of them died on the field of battle. Was that fair?"

"Well," he replied, "that was the only decision that could be made. We had to protect our homeland. We had been attacked and had to defend ourselves."

"So it was with Adam," I explained. "The wisdom of the Almighty Creator was attacked by Satan in the Garden of Eden and the battle was lost when Adam and Eve, the epitome of God's creation, surrendered to Satan's tempting lies. God, in His sovereignty, wisdom and grace caused the results of the disobedience of Adam to be borne by the rest of us in the human race. But the judgement of God which demands penalty for sin was intercepted by God's love. while we were yet in our sins God proved His love for us by sending the Lord Jesus Christ to die for us. Now, through accepting God's free gift by faith, we can become kings of life because of this one man, Jesus Christ."

TODAY'S ACTION POINT: Christ has overcome the sin I inherited from Adam by liberating me from the king of death, and making me a king of light. As an expression of my deep gratitude for His love and grace, I will seek every opportunity to communicate this good news to others who still live in darkness that they, too, may enjoy the abundant supernatural life which I now enjoy.

The Importance of Doctrine
Greg Laurie

Prayer in the Believer’s Life
Dr. Charles Stanley
Follow Us
Grow Daily with Unlimited Content
Uninterrupted Ad-Free Experience
Watch a Christian or Family Movie Every Month for Free
Early and Exclusive Access to Christian Resources
Feel the Heart of Worship with Weekly Worship Radio
Become a Member
No Thanks