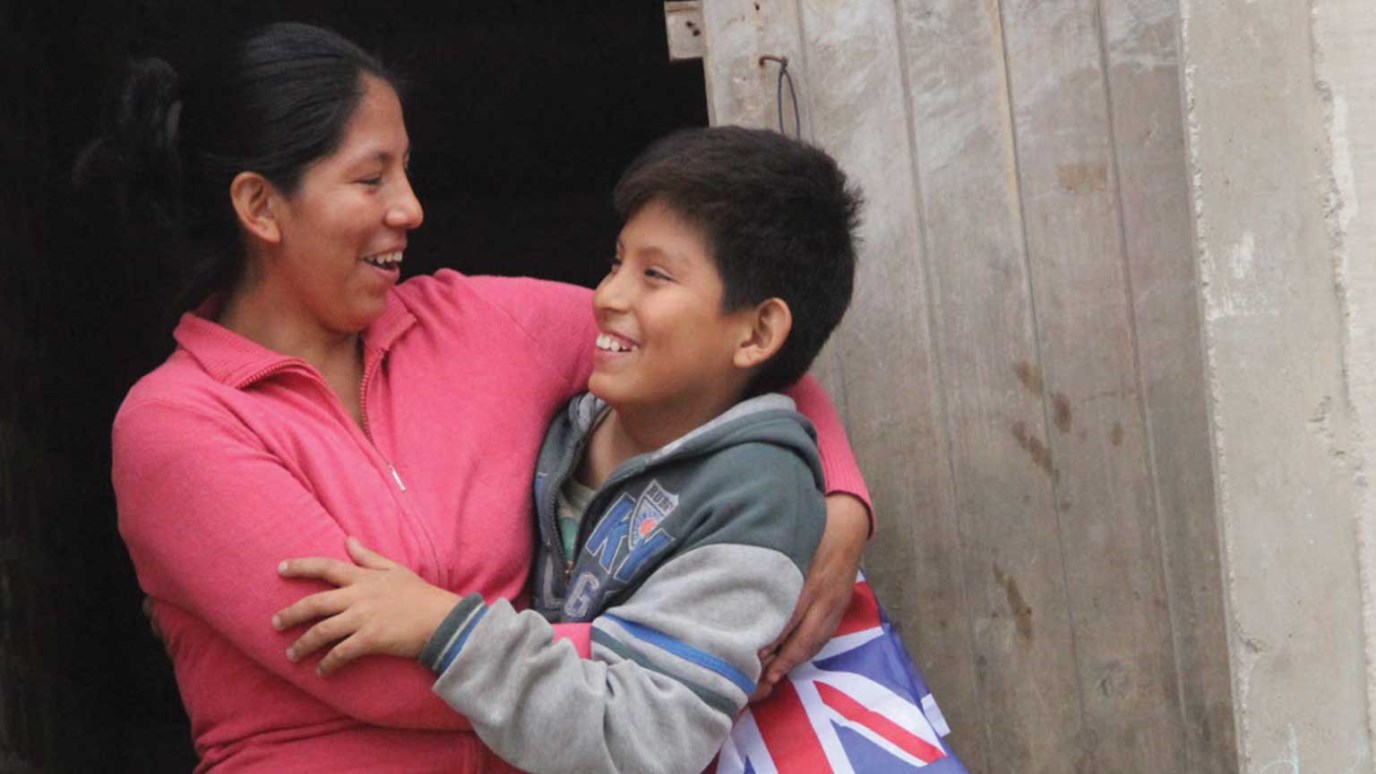 Franco, 11, and his mother, Tomasa, live in an urban slum in Lima, Peru, along with Abel, his father, and little brother Deyvi.

Franco’s house is near the top of a steep slope where around 190 families built their houses with no urban planning or consideration that the sandy hills weren’t stable. Poor peasant people came to Lima and to this area looking for better opportunities starting  around 30 years ago.

Tomasa says when she arrived in Lima there were many things she didn’t know.

“People in the community, including me, were not used to practice healthy habits such as washing hands before handling food. We did learn that when World Vision shared that knowledge with us.”

Through World Vision’s sponsorship program, the whole community has benefited. Franco and other kids now have a place to draw, read, dance, and play in a safe way. Volunteer mothers serve so that the place is open three times a week.

Other changes are visible in the community. The houses have been reinforced. Volunteers are organized to provide assistance to community members and First Aid Kits were delivered.

“Now, we are planning on a project to build roads and pathways,” said Agapito, a community leader who takes part in World Vision activities.

Franco is confident that he’ll have plenty of opportunities in the future. He wants to become a chef. Abel, Franco’s father has a small restaurant as a family business. He had to learn from his own experience but thinks that if Franco wants to be a chef, he should study to be a professional. He hopes his son can travel around the world. This idea makes Franco smile and feel motivated to succeed.