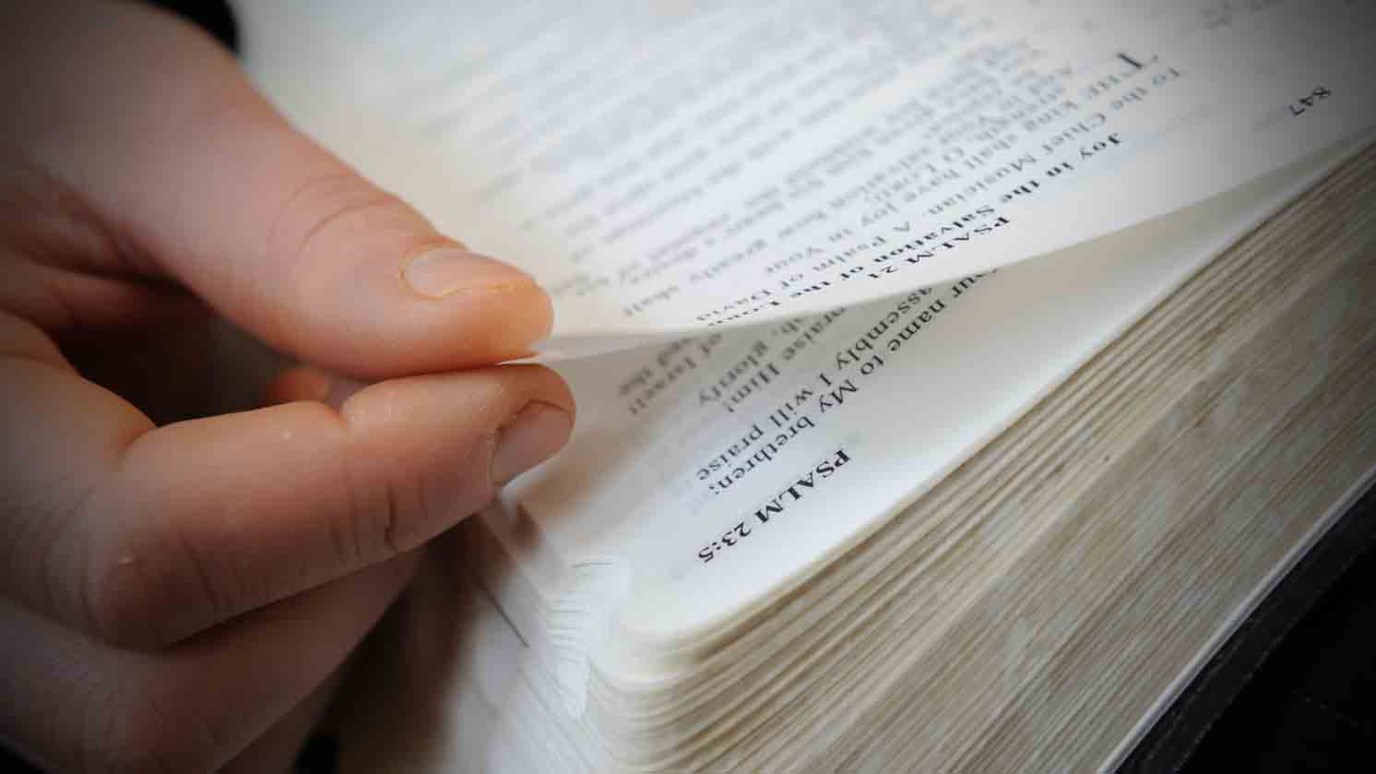 One of the most important facts in Biblical interpretation is that much of its meaning is restricted to those who are definite believers in Christ.

Great embarrassment can arise if you include yourself in a "we" that someone else has used for a group that has no place for you. "We are going to drive to California," someone might say, but when you get into the car you will be told that you were not included and that there is no place in the plans for you.

I thought of this when I saw on a sign outside a church a part of a great verse: "If we confess our sins, He is faithful and just to forgive" (1 John 1:9). Crowds were passing, and I wondered at the possible reaction of individuals to the text. Did some unbelievers get the idea that God was a sort of good grandmother who would condone and overlook any offense for a spoiled child who would say, "Grannie, I'm sorry"?

And then, in my mind, I reworded the text for use in front of a bank: "If we present our checks, the bank is faithful and just to cash them." Immediately it is seen that the "we" is not a universal one, but is strictly limited to depositors, and that the promise is limited by certain rules for the cashing. Certainly if you have a deposit in the bank and present a check for an amount that is covered by your deposit, the bank will be faithful and just to cash your check. But if you are not a depositor, you may not expect the check to be cashed. In fact, if there is even the attempt to present a check where there is no account, you can be arrested and sent to the penitentiary.

One of the most important facts in Biblical interpretation is that the Bible is restricted for much of its meaning to those who are definite believers in Christ. Apart from the universal offer of salvation to the lost, there is not a line in the Bible for the Hindu, the Muslim or the unregenerate Protestant. There is not one word of comfort in time of sorrow, of consolation in bereavement, or of strength in time of weakness, for those who have not been born again. Three verses farther on from the verse that we quoted from the sign in front of the church, the relevancy of the promise is strictly limited. "If any man sins" (and you will see that it does not mean any human being, but any born-again believer), "we have an advocate with the Father, Jesus Christ the righteous: And he is the propitiation for our sins: and not for ours only, but also for the whole world." There is a definite distinction between the "we" and the "our" of the believer and the "world" which has not believed. Be careful to teach these distinctions lest men be lulled by false hopes. "Ye must be born again" (John 3:7). "We know that we have passed from death unto life" (1 John 3:14).

What is it exactly that we are depositing into “the bank”

If the bible is only for believers, what common ground do we have with unbelievers?

What creates this guilt in the heart of the unregenerate?

What is able to fix this false hope that all unbelievers believe in?

The Good News of the Gospel
Don Wilton

Why Must We Guard the Gospel?
Bobby Conway