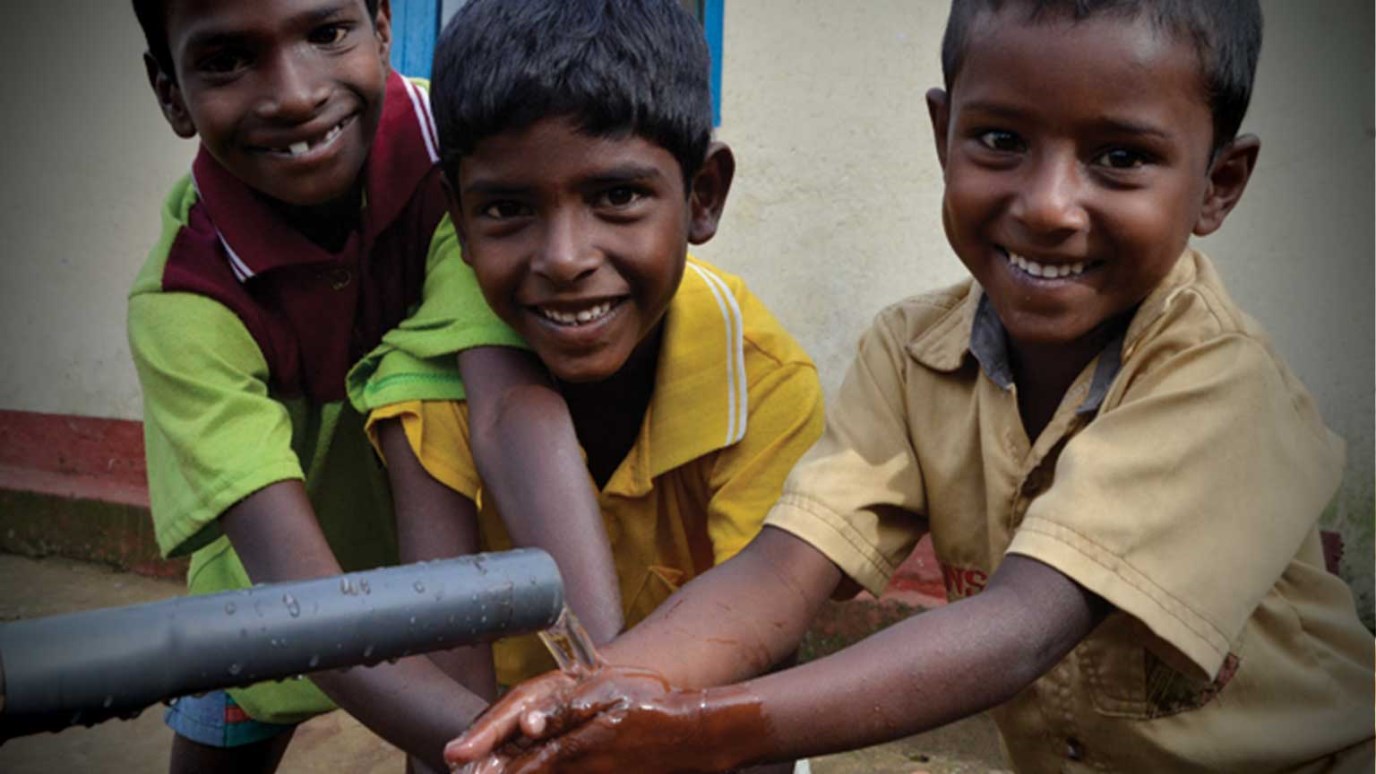 A few years ago, Nalika, 18, and her family had to walk three kilometers to collect water from the lake. Today, they have hope and clean drinking water in their homes at all times!

A few years ago, water at home was just a dream for the people of the 23rd Colony in Thanamalwila, Sri Lanka. Three tube wells provided drinking water for the entire village. Nalika, 18, and her family had to walk three kilometers to collect water from the lake. Nalika hardly had time to study and was always tired.

After a hot, dusty bus ride and long walk from the main road in the blazing sun, all Nalika can think about is a cool glass of water and a bath. The first thing she does when she reaches home after school is to head to the kitchen and gulp down a glass of water -- sometimes two.

Just a few years ago, water at home was a mere pipe dream for the people in the village known as the 23rd Colony in Thanamalwila, where Nalika lives. Located in the dry zone in the south of Sri Lanka, Thanamalwila receives little rainfall from two spells during the year.

The entire village had to depend on only three tube wells for their drinking water needs. Some families had to walk a kilometer or more to reach the nearest tube well. The other alternative was the lake, which also meant a very long walk.

Collecting water was an exhausting task that often involved all the members of the family.

“During drought, collecting water from the tube well was like a competition,” Nalika explains. “There were long queues. The water we collected was brown in color and tasted of rust.”

The little water available in the tube wells was never guaranteed.

“When there was no water in the tube wells, we had to walk almost three kilometers to the lake to collect enough water. As soon as I returned from school, I would accompany my mother to the lake. I had to go at least ten times,” Nalika says.

Carrying water in cans and pots several times a day for such a long distance was tedious and left precious little time for anything else.

“I was always so tired,” Nalika recalls. “After collecting water, I hardly had time to study before it got too dark, and then I had to study by lamplight. Sometimes I had to get up early again to collect water with my mother.”

It wasn’t just exhaustion that Nalika had to deal with. She began to notice discoloration of her teeth and even stains, which were increasing. The marks became so noticeable that they had to be removed. Nalika was told that they were caused by the water they drank.

“My mother used to get bladder infections, and sometimes when we bathe in the lake, our skin would get irritated and itch,” she says.

When World Vision commenced a drinking water project, the people of the 23rd Colony embraced it. The water distribution system was secured by installing a dug well and by building a pump house with a 30,000-liter water tank.

Today, a pipeline running 7.5 kilometers distributes water to over 600 individuals in 125 families. World Vision provided 8 million rupees (U.S.$64,000) for the infrastructure, while the community contributed 1 million rupees (U.S.$8,000). The community was involved in every stage of the project’s implementation and continues to take great interest in its maintenance.

“We have clean drinking water in our home at all times. More than anything else, I am happy, because I have time to study and the energy to do it,” says a smiling Nalika.

Looking out of the window of her home, she adds, “The farthest I have to walk now is up to the tap in our garden.”