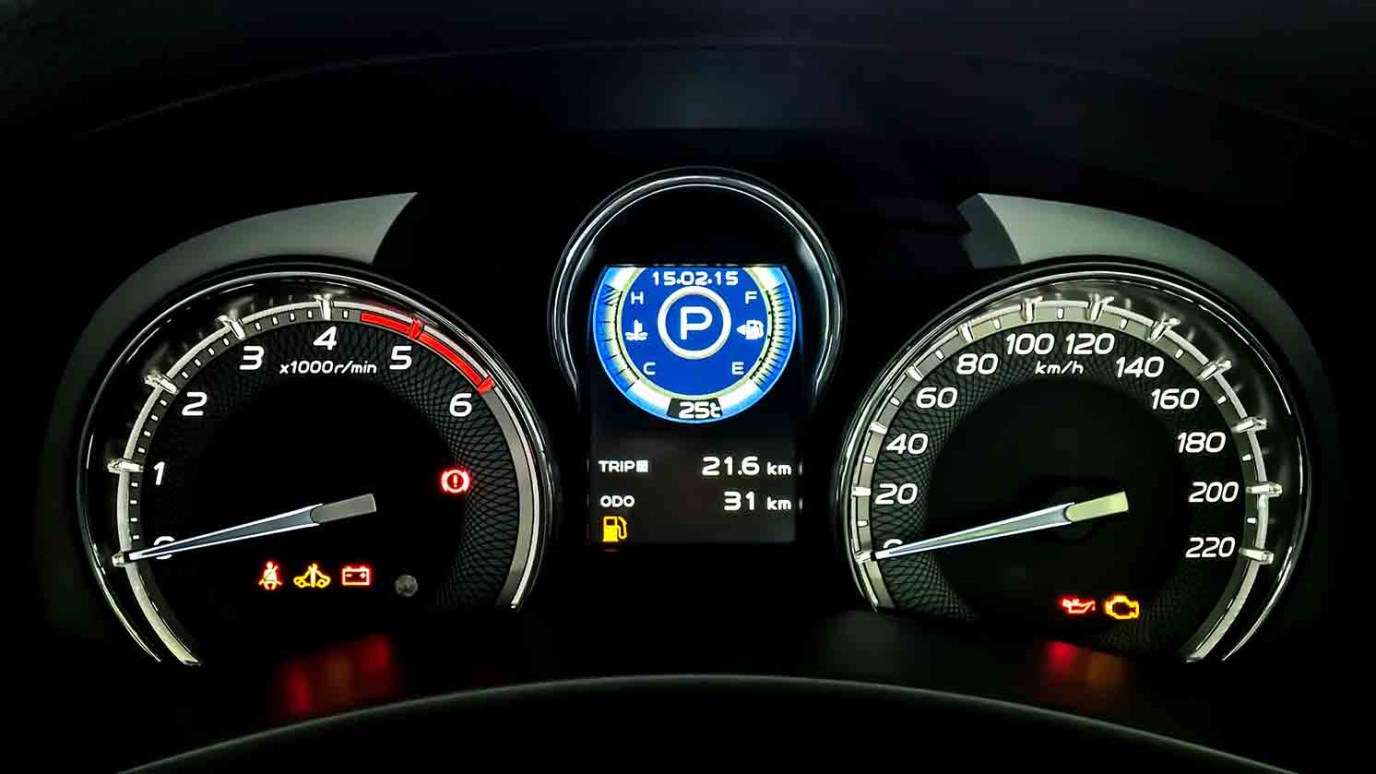 We are engaging in some sin, and we get a dashboard warning light from our conscience. Instead of repenting, we smash the light, and go on. But just a car will stall if we ignore the warning lights, our spiritual lives will too.

Our cars have warning lights on the dashboard that tell us when something is wrong that needs attention. They say things like "Check gauges," "Door ajar," "Tire pressure," "Battery level," etc. The lights are there to protect us, and to protect the car from being damaged. When one of those lights comes on, we can do the wise thing and stop to find out what the problem is, and get it fixed. Or we could just carry around a little hammer and smash the light.

In 2 Samuel 11-12, we see the result of ignoring the warning lights. King David has taken the wife of one of his soldiers, Uriah the Hittite, and now she is pregnant with David's child. David tries to cover what he has done by getting Uriah to go and sleep with his wife. When that doesn't work, David engineers his death. So now David is guilty of adultery, deception, murder.

The warning lights, the "guilt lights," have come on, and David has chosen to smash them. He hasn't dealt with the guilt properly, and he is miserable. Psalm 32, written after David committed these sins, says, "When I refused to confess my sin I was weak and miserable, and I groaned all day long" (v. 3).

As 2 Samuel 12 opens, God has been patient for a long time, perhaps a year. God doesn't rearrange the stars to spell out "I KNOW" and He doesn't hang two-trillion-watt speakers from the moon and say, "David, you're in big trouble." Instead, He waits to see if David will come and "'fess up." But he doesn't. So God sends Nathan the prophet to tell David about a wealthy man who steals a neighbor's only lamb to feed to a guest. And when David angrily sentences the man to death, Nathan says, "You are the man." This third-person story works because, although David was miserable inside, he didn't truly understand how bad his sin was. Our sin often looks much worse on others than it does on us. And although God forgave David, there were still consequences -- violence and sexual sin in his family, the overthrow of his throne, etc. Sin always has consequences.

But here's my point: We all have a will; we all make choices. If, as believers, we say, "I'm going my own way," it may seem smooth at first, like we've gotten away with it. But God has creative ways to get our attention if we don't listen to him. God knows we are restless apart from him, apart from obedience to him. And until we are ready to be honest about our sin, we'll never experience God's forgiveness.

Maybe you're guilty of some sin right now. Maybe it's gossip, or lust, or pride. But whatever the sin, you've seen the warning light of your conscience come on. If so, you need to pay heed to it and take care of it, not just smash it with a hammer. Admit your sin -- right now. Then immediately turn from it, and receive God's forgiveness.

"If we confess our sins, He is faithful and just to forgive us our sins and to cleanse us from all unrighteousness" (1 John 1:9).

A Big Mess
Maria I. Morgan

A Wealth of Fatherly Affections
First15

The Experience of His Voice
First15

Receive Life ... True Life!
A Miracle Every Day
Follow Us
Grow Daily with Unlimited Content
Uninterrupted Ad-Free Experience
Watch a Christian or Family Movie Every Month for Free
Early and Exclusive Access to Christian Resources
Feel the Heart of Worship with Weekly Worship Radio
Become a Member
No Thanks