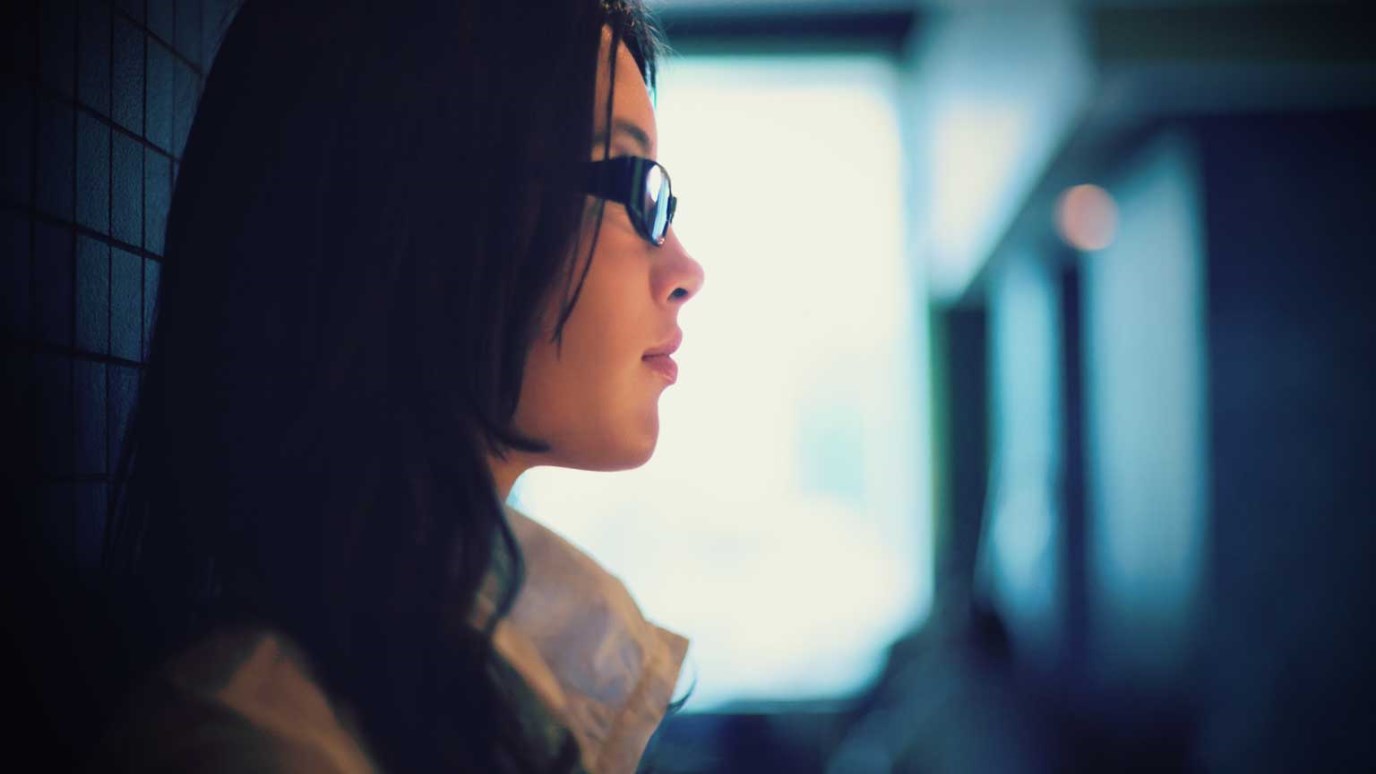 We are a breath away from eternity at every moment. After the last exhale, we’ll meet the Author of Life. In dying, we will join Him—and actually become more alive than we ever have been before.

I heard it loud over the intercom from my room: Someone’s heart had stopped beating. I didn’t know who it was, but I asked the Father to resuscitate the man nearby.

Silence. Minutes later, there it was again—Code blue, code blue. Same patient. I heard another rush of feet toward the room.

I don’t know if he lived or died.

As I type this, I’m sitting in a hospital bed. There’s gauze around my head, a needle in my arm, and electrodes are glued to my scalp and face to monitor my brain. I’m connected to a box of wires, and I haven’t slept more than two hours in almost three days.

A nurse walks with me into the bathroom and offers to give me a sponge bath in my bed.

Don’t worry about me; apart from being exhausted, I’m fine. I was only sent to the hospital for a week of testing to help gain a more precise diagnosis. My health may not be strong, but I hear other people tell their stories, and I am amazed by their courage. My story is nothing in contrast.

Still, being confined to bed like this is an odd reminder—like reverse déjà vu. It’s not the feeling I’ve been here before, but the feeling I’ll be here again. It’s so strange, being unable to move without assistance. I look around me and I think, Wow. This is a sneak peek into the future. I’ll probably be in this physically helpless position again before too long.

Maybe not here in this building, maybe not like this in a bed in a hospital at all. Maybe I will be in another country, or maybe I will be in a car. Who knows how or where God will take me home? But I do know this . . .

Age is no factor when it comes to death. Disease does not discriminate between the young and the old. “Code blue” or not, you and I are a breath away from eternity at every moment. Unless Jesus comes for me, physical helplessness is in my future—and yours.

Suppose you escape a terminal diagnosis. Suppose accidental tragedy doesn’t strike you. Suppose you are given many healthy years, and suppose you don’t die without warning. That’s quite a lot of supposing, but let’s go along with it anyway.

Even with all these gifts, you are likely to find yourself confined to a bed in the not-so-distant-future.

Picture it: If you’re fortunate enough to be taken to a good hospital or care facility toward the end, someone will wash your body and help you to the toilet.

You’ll feel the same urges to run, to go outside and breathe clean air, to take care of yourself without aid—but you’ll be dependent on others now. You’re still you—but your body feels different, looks different, acts different. It’s been slowing to a halt for years, and the process hurts. Your days are drawing to a close.

I’m not trying to scare you. Not at all.

Death is a truth we try to erase and sanitize. But we’re foolish to pretend like these bodies we’re in for a handful of years are built to last. This is holy, temporary stuff we’re made out of. We decompose. We are young for a little while. We live for a little while. Again, if God gives you long life, let’s say you have about eighty years total. I’ve already spent twenty-two of those.

The poet said it best:

After the last exhale, you’ll meet the Author of Life.

But the steadfast love of the LORD is from everlasting to everlasting on those who fear him (Ps. 103:17).

Do you know Him—the One who was crucified and conquered death? Right now you know Him dimly, like a reflection that’s hard to see. Then, He’ll welcome you in with a hearty, happy, honest, “Well done!”

If you’re in Him, death’s power is stolen. There’s no reason to dread the end of our mortality; in His presence, there can be nothing but fullness of joy. You will be engulfed in Life Himself. To know Him is to experience Life eternally. Let that sink in: this Jesus isn’t merely the Maker of life. He is Life. In dying, you are joining Him—and actually coming more fully alive than you ever have been before. We were made for this life.

Once the race is finished, the adventure will just be starting.

You Are Not Alone
Daily Disciples

What If I Don’t LIKE a Section of the Bible?
Keith Ferrin