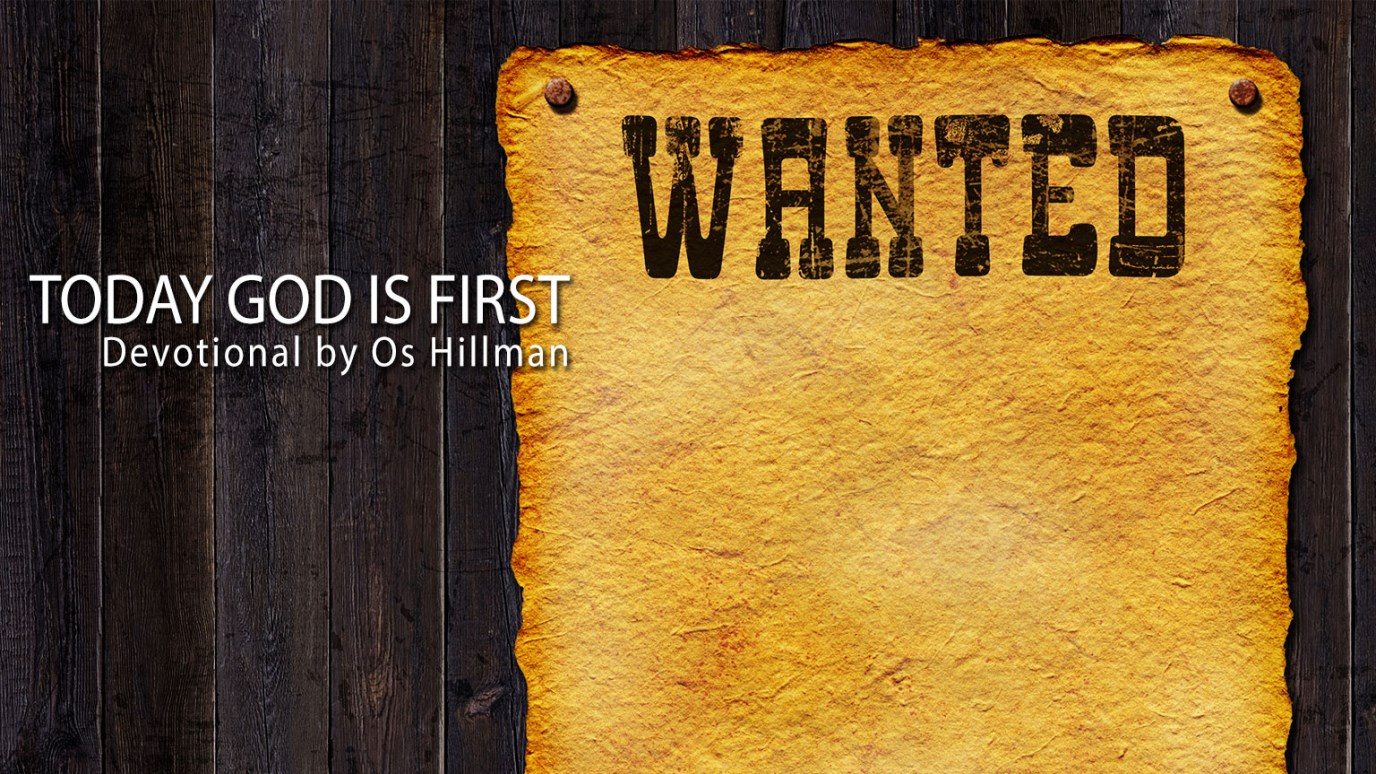 God wants you to be a threat to Satan's kingdom. Are you willing to be a force to be reckoned with by Satan's legions?

In the old west it was common to see a poster on the wall of the town jail or post office with a man's picture below the words: Wanted: Dead or Alive! These were the most notorious criminals who posed the greatest danger to society.

Let me ask you a personal question. Is there a "Wanted: Dead or Alive" poster in hell with your name on it? Are you a real danger to hell? Do you cause problems for Satan's legion of demons? Are you pushing back Satan's agenda on planet earth?

Millions of believers sit on the sidelines everyday having no impact on the Kingdom of darkness. Their names will never appear on a Wanted poster in hell because Satan sees that they are no threat. However, God wants you to be a threat to Satan's kingdom.

What are some things you can do that will pose a threat to Satan's agenda? Perhaps you can begin praying for one of Satan's most notorious talk show personalities. Or maybe you are called to visit an elderly home to bring the love of Christ into a lonely place. There are many ways you can earn a reputation in hell.

Are you willing to be a force to be reckoned with by Satan's legions?

The Treasure of Our Testimony
Lisa Bevere