Walking with Steps of Faith 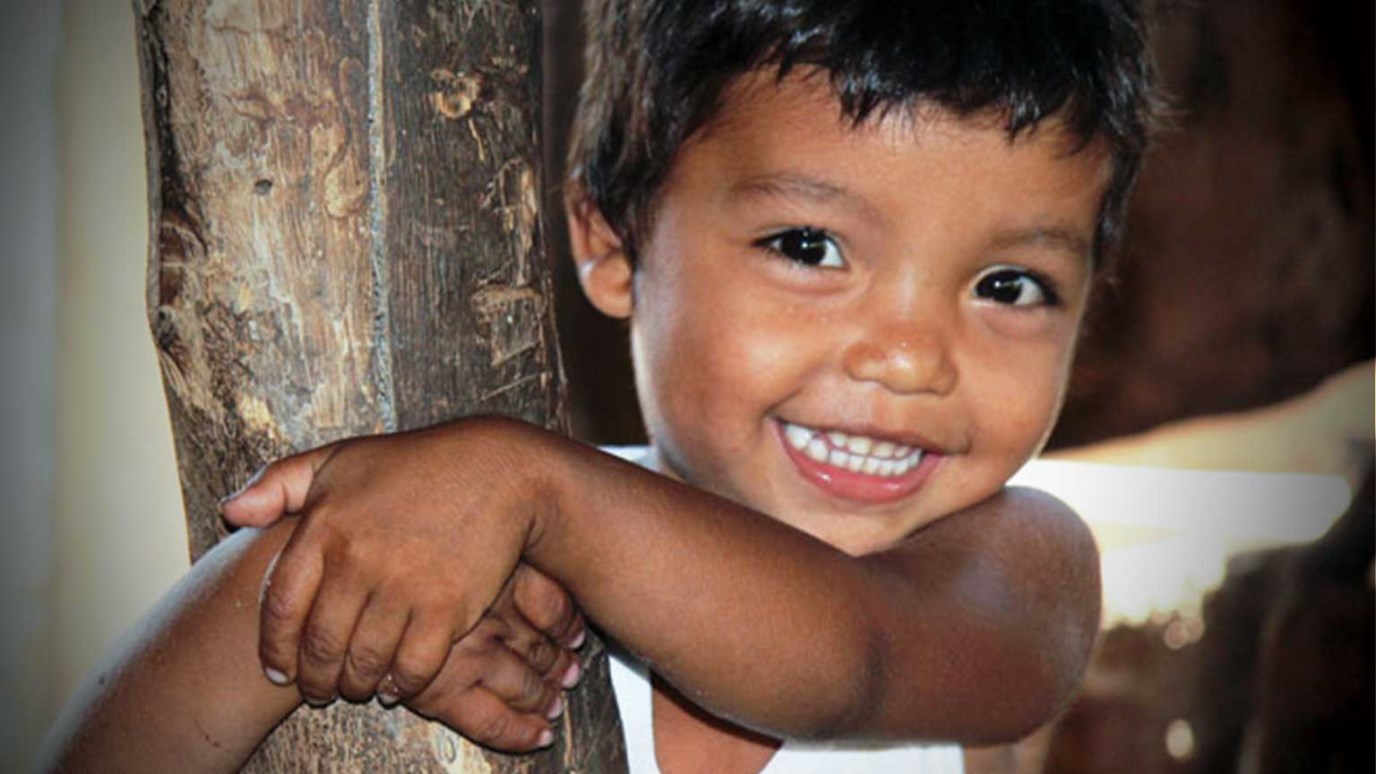 What is a father willing to do for his child’s health? World Vision’s Solidaridad program in El Salvador is helping fathers like Juan take care of their families by supplying needs for medical care and funds.

What is a father willing to do for his child’s health?

This is a question that Juan de Dios Castro answers immediately: “To give my life, if possible,” says this father while smiling at his almost 3-year-old son Noe, who runs into his arms, asking to play together with the soccer ball.

It is wonderful to see a loving father holding his child with pride and sweetness, talking about the commitment that having children implies. “Being a father is a big responsibility, an inexplicable gift from God. Children complete the happiness of any home,” adds Juan de Dios, the nearly 50-year-old man who has become a father for the tenth time.

In Hebrew, Noe means “calmness” -- but his father calls him “God’s miracle” because doctors diagnosed Noe with a cyst in his spine. However, thanks to his desire to live, his family’s faith, and the support of World Vision, Noe’s future is different.

In 2012, Noe was on the patio of his house when a neighbor started to play, holding his feet and moving him in circles, raising him up repeatedly, causing an immediate trauma that brought pain and fever, paralyzing his legs. When Juan de Dios got home, he saw that his boy was in severe pain. He and his wife decided to take him to the hospital, an hour’s walk from home.

The first doctor that checked Noe blamed Juan de Dios for the child’s condition. “With much respect, I told the doctor that he was wrong, and I left. We spent several days without sleep because of Noe’s condition. Then I sought another opinion, and finally my son was referred to the Benjamin Bloom Hospital in San Salvador [the capital city].

"At that moment, I wasn’t thinking of anyone but World Vision’s support, because I knew that I couldn’t handle the process and cost by myself,” he explains.

World Vision’s Solidaridad program in El Salvador, where Noe and four of his siblings are sponsored children, gave immediate support to this special case. Noe received private medical care, and tests confirmed a cyst in his spine that was growing fast because of the trauma. The family had slept little for more than a month because of Noe’s pain and fever; he was also not eating normally, which caused him to be malnourished.

“It’s the hardest thing I have lived through, seeing my child needing surgery, and without hope to see him completely recovered,” adds Marcia, Noe's mother, with tears on her face.

World Vision and Benjamin Bloom Hospital coordinated Noe’s surgery. “The doctor told me to sign a letter, which released him from all responsibility if my child passed away,” Juan de Dios says. “I told him I was pleased to sign the letter, but my son was not going to die, because we are children of God, and God would guide him during the surgery.

"He asked me if I was Christian and I said yes; then he called other doctors and told them to help Noe. The doctor looked me in the eyes, saying, your faith will help your son. There were seven doctors with my child for an hour and a half in the operating room.”

The operation went well, but unfortunately Noe was expected to never walk again. Doctors recommended a wheelchair and informed Noe’s parents that he would recover at the hospital for 90 days.

Miraculously, nine days after the surgery, Noe stood up in his crib! The doctors and nurses were amazed.

“This gives me hope. It is proof that miracles did not happen only when Jesus was on earth, but continue happening so that the ones that do not believe now, will believe in the living God,” says this brave father. After two months, Noe was completely healthy and returned home walking.

World Vision supported Noe with travel expenses, medical tests, and medicines. “I have no money to pay the sponsors that support this organization,” his father says. “I know they have invested in my son. With the poverty in which we live, it wouldn’t be possible to cover these expenses. But we did our part and didn’t miss any medical check-ups, we met the requirements and procedures that the hospital demanded. I believe that every person needs to do his part."

Juan de Dios’s large family lives from the traditional agriculture of corn, beans, and sorghum. However, despite the hard working days, Juan de Dios spends time supporting World Vision. “God has given me the privilege to be the president of Bendición de Dios Community Development Association. I like to work with World Vision because it is a reliable institution focused on children. I know that my contribution does not only impact my community, but also the future of the children, the country, and the entire world.”

At 2 years and 8 months old, Noe is a lively child, and he expresses love for his father with his spontaneity. With his innocent face and his big brown eyes, he convinces his father to sit him on his lap while Juan de Dios says that gratitude is a word that becomes small when he sees all he has received.

“My dream for Noe is that he grows up normally. If World Vision hadn’t helped me, my son would be prostrated on a bed. My family is convinced that World Vision is the reflection of the love of God. I wish that God supplies every need of the donors and sponsors, like He did with me, and keep their good hearts.”