Walking Through Samaria with Paul Byrd 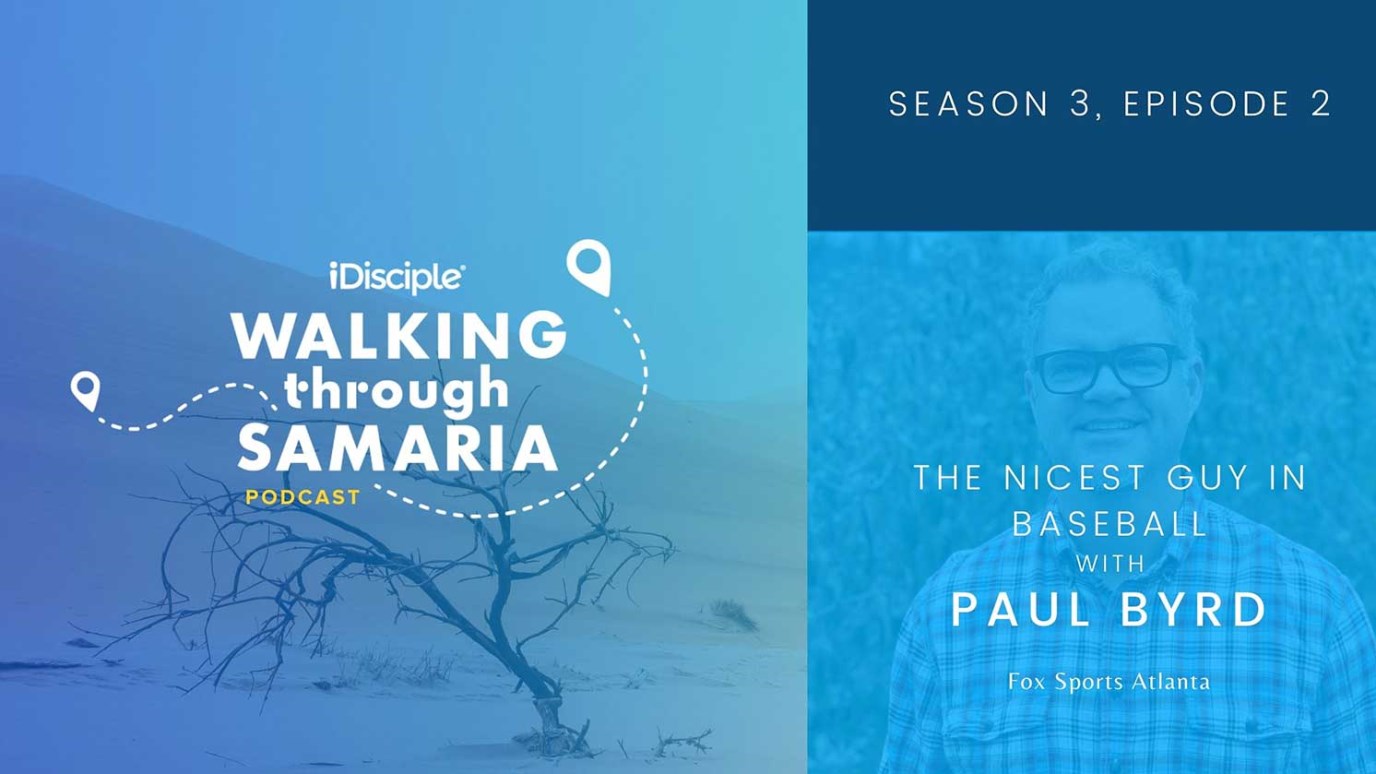 Paul Byrd, a former MLB pitcher and current commentator for the Atlanta Braves, stops by Walking Through Samaria to share how his broadcasting and playing career gave him a platform by which he can communicate his faith in Jesus Christ.

Meet Paul Byrd. Many may feel like they’ve met this former Major League Baseball pitcher already because of his familiarity as an Emmy-winning commentator on Fox Sports’ Atlanta Braves broadcasts or a best-selling author. He’s a man so genial he was widely considered “the nicest guy in baseball.” In fact, former Braves manager Bobby Cox once was quoted in the Atlanta Journal-Constitution newspaper that Byrd was “too nice to pitch.”

Broadcasting for one team and pitching for seven -- including two stints with the Braves -- have given him a platform by which he can communicate his faith in Jesus Christ. And while there’s a baseball idiom that “nice guys finish last,” Byrd isn’t so nice that he won’t fight for what he believes in.

“When you are considered the nicest guy or a nice guy, there’s this feeling of that you’re weak, you’re soft, and you may not want that guy on your team if you’re going to war,” says Byrd, who almost got into a brawl in 2006 with a Cleveland teammate needling him about his faith. “There’s a time to turn the cheek and there’s a time to crack the whip in the temple and both are manly.”

Byrd inherited that toughness from his father, whom he led to Christ only minutes before he died in 2017. He had doubts when he hung up his cleats and walked away from three guaranteed contract offers to pitch after the 2009 season but had the strength to put first things first -- his 27-year marriage to Kym, with whom has two sons.

“I want to connect to Jesus and have such an intimate relationship with Him, talking and listening and learning,” Byrd says. “I want to go love other people because that’s who I am. And that only happens when my heart is right with Him.”

iDisciple Podcast: Renewal and Restoration
iDisciple
Follow Us
Grow Daily with Unlimited Content
Uninterrupted Ad-Free Experience
Watch a Christian or Family Movie Every Month for Free
Early and Exclusive Access to Christian Resources
Feel the Heart of Worship with Weekly Worship Radio
Become a Member
No Thanks