Walking Through Samaria with Josh Deckard 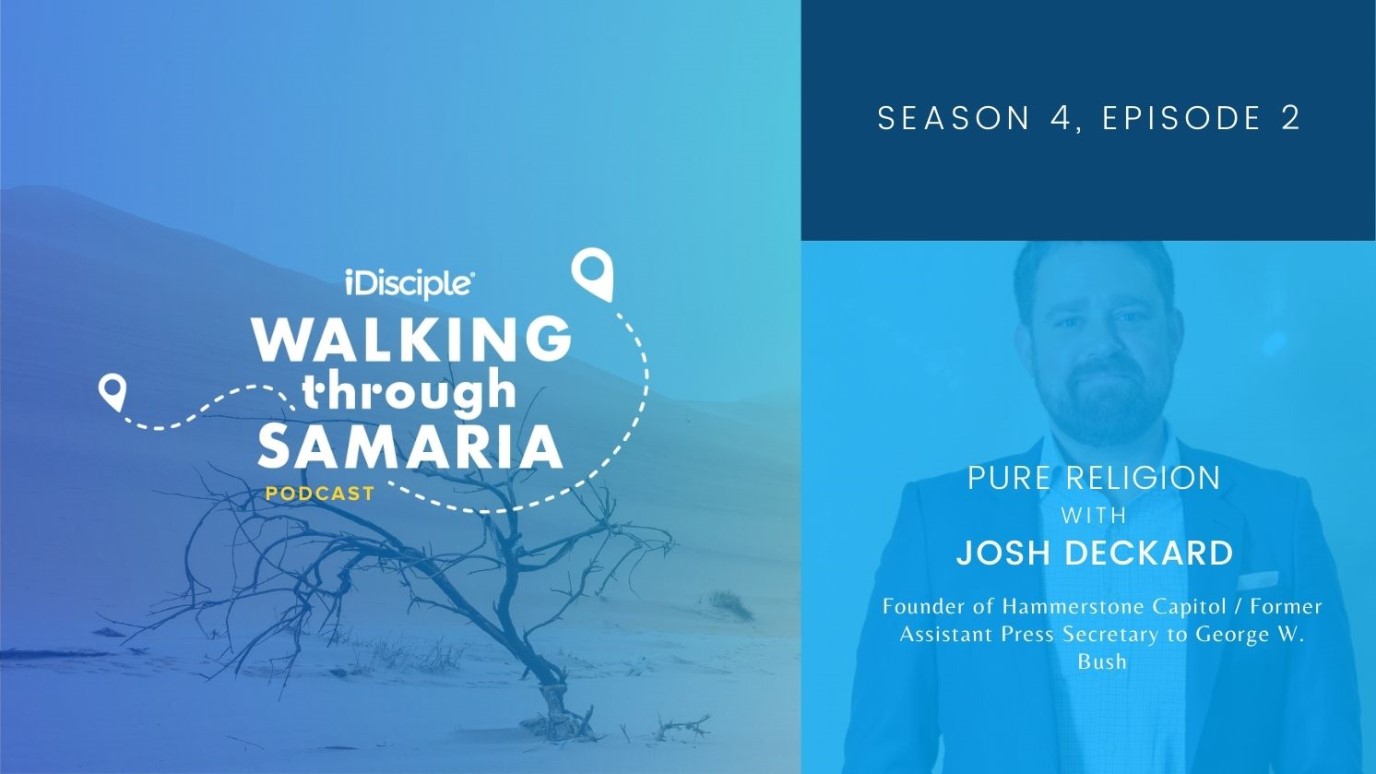 Josh Deckard, the founder of Hammerstone Capital and former assistant press secretary for President George W. Bush, joins the Walking Through Samaria podcast to discuss how "pure religion" in regards to looking after orphans and widows in distress has become so near and dear to his heart.

Meet Josh Deckard. He’s the founder of Hammerstone Capital, an investment company focusing on early-stage opportunities, and a former assistant press secretary to President George W. Bush. He was the longest-serving member of the Bush press office staff, his tenure spanning from 2002-2007.

During his time at the White House, Deckard oversaw media operations, including major international summits and addresses to the nation, as well as nationally televised press conferences at the White House, Camp David and abroad. Having traveled nearly a million miles to more than 55 countries with the president, Deckard served as a liaison for the United States government to his counterparts around the globe, despite being younger than most.

“I was flying on Air Force One before I could drink a beer,” he says.

His favorite job, however, is father. He and his wife, Ali, are parents to four children in Arlington, Va., including Chase, whom they adopted from Uganda in 2013. That was an adventurous process fraught with would-be extortionists, other opposition and discouragements. But believing they were on a God-ordained mission, the Deckards persisted, and it included what Deckard calls “the hardest and best five weeks of my life … The Lord really provided in ways that we’ve never experienced before or after.”

The “pure religion” that James 1:27 references — “to look after orphans and widows in their distress” — is what Deckard uses his platforms to promote. He has found it intensely rewarding.