Walking Through Samaria with Brian Roland 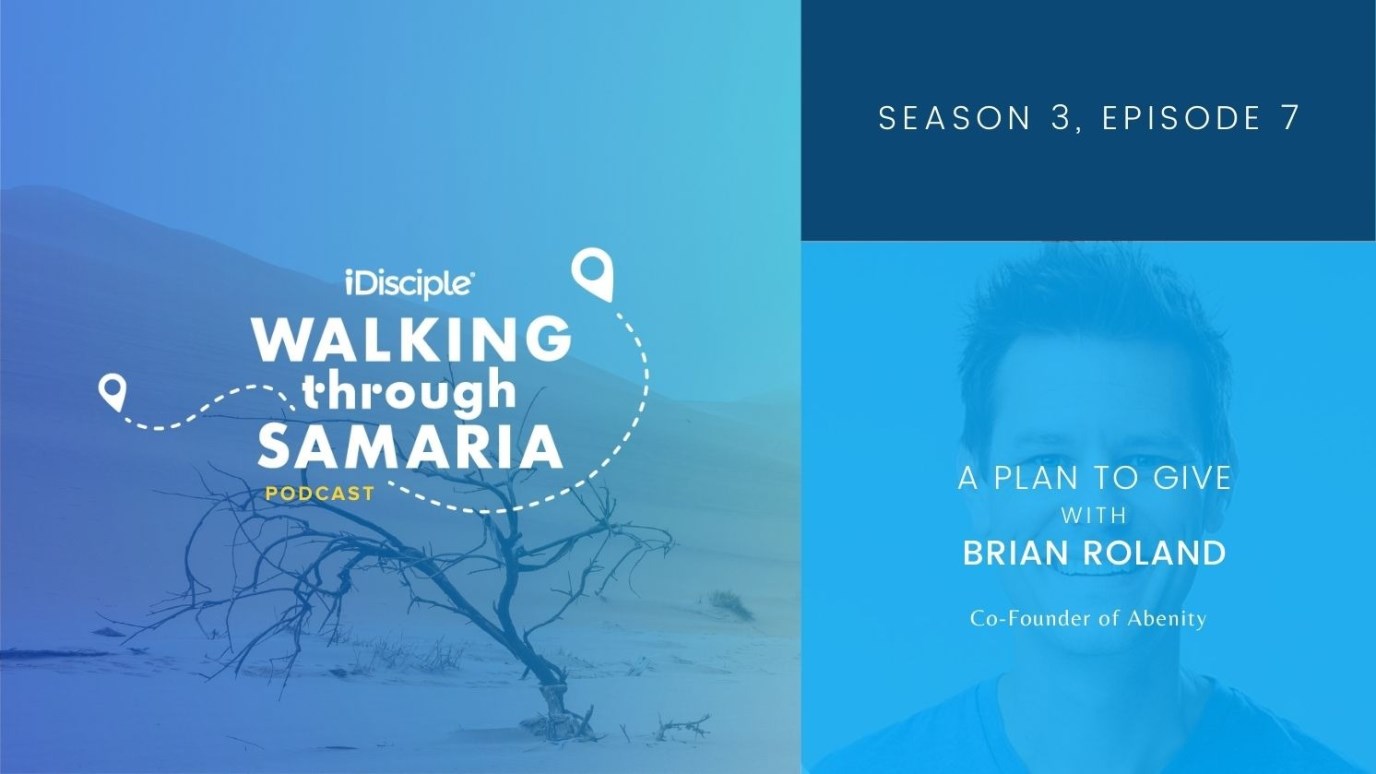 Brian Roland joins Walking Through Samaria to talk about how having a plan to give -- no matter how small -- and being present in the moments around you facilitates opportunities to be incredibly generous in every aspect of your life.

But what stands out about Roland is his generosity. The company he built -- and served as CEO for 13 years before resigning in 2019 -- has made the Inc. 5000 list for six consecutive years while giving more than $1 million to causes like World Vision, which battles global poverty. Many companies plan to give, almost as an afterthought, but built into Abenity’s DNA was a sustainable plan for generosity: The company committed 15 percent of its annual profits toward the United Nations’ goal of ending global poverty by 2030.

Roland says we can make the same thing can work in a smaller scale in our daily lives, ensuring a way to put legs on the parable of the Good Samaritan. Likewise, it simply starts with a plan that helps us avoid being the priest or the Levite who walked by the mugging victim on the other side of the road.

“By having the plan to give and being present in the moments around you, that’s the story of the Good Samaritan,” he says. “The priest that walked by -- his head was just in the wrong space, and he didn’t have a plan that he could follow that allowed him to serve that person right then. He let his schedule, to wherever he had to go, take precedence. … One thing we like to do is we keep $5 McDonald’s gift cards in the middle console of our car, so when we see somebody in our community standing around, we’ve got a McDonald gift card and a Bible verse card in there, and it’s like ‘Here’s a meal.’ … There are simple steps that you can do.“

Not My Own
Gregg Matte

Everything in Common
Today

What Is Prosperity?
Derek Grier

Why Does God Care About My Money?
Ron Blue