Walking Through Samaria with Bob Dalton 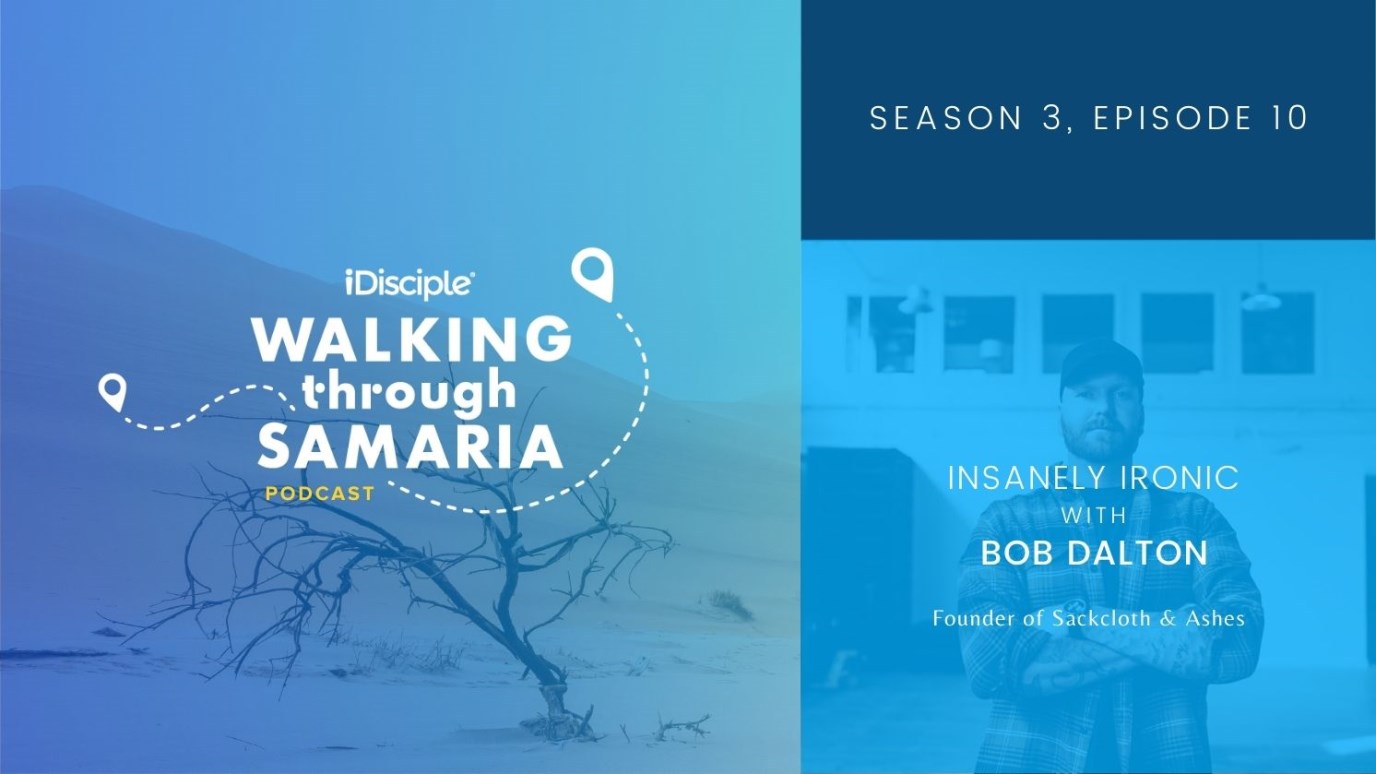 Bob Dalton -- the founder of Sackcloth & Ashes -- stops by the Walking Through Samaria podcast to share how his ability to be a bridge-builder and connect with people has helped him meet the needs of so many through his company's mission of donating blankets to homeless shelters.

Meet Bob Dalton. He’s the founder of Sackcloth & Ashes, a mission-driven company that donates a blanket to a local homeless shelter for each one purchased. It’s an admittedly “insanely ironic” place for him to find himself because he used to perpetuate the stigma of homelessness. He was the guy who would drive past a homeless person and mutter, “Go get a job” under his breath.

That changed when his mother, a waitress with two college degrees and a healthy work ethic, spiraled into homelessness on the streets of Florida in 2013, after leaving Oregon and trying to restart her life after the deaths of her mother and brother.

Her plight inspired him to call his local homeless shelters and simply ask what they needed most. All said blankets. That also became the impetus behind his Blanket the United States campaign, which has a goal of donating 1 million blankets to homeless shelters by 2024. He even tried to make blankets himself when he read the words “what are you waiting for?” on the sleeve of a coffee cup.

“What coffee company puts quotes on a sleeve?” he says. “That was my first thought. And then my second thought was, ‘I’m going to do this.’ … I’m just going to go buy some fabric and a sewing machine and I tried to learn how to sew. And I realized really quickly that I’m horrible at sewing. That was my first obstacle. I had two choices at that moment: I can either quit or I can find somebody who can sew. And I found a sweet old lady named Tammy and Tammy started sewing blankets for me.”

Dalton didn’t want to start just another one-for-one business but wanted something that would make Sackcloth & Ashes, clothing symbolic of mourning and repentance in the Bible, stand out. He asked himself, “How can I innovate, how can I evolve, how can I reimagine it to make it unique?”

The company’s hyper-local emphasis, something that could allow concerned people to benefit their own communities, seemed to work best. “The local component sets us apart,” Dalton says. So, when a person purchases a blanket, the company donates a blanket to a homeless shelter in that person’s community.

How You Can Help Shake the World For Christ
Dr. Jack Graham
Walking Through Samaria with Suzy Sammons
Walking Through Samaria
What I Wish I Would've Known Yesterday
Emily Manke
Follow Us
Grow Daily with Unlimited Content
Uninterrupted Ad-Free Experience
Watch a Christian or Family Movie Every Month for Free
Early and Exclusive Access to Christian Resources
Feel the Heart of Worship with Weekly Worship Radio
Become a Member
No Thanks