Walking Through Samaria with Benjamin Watson 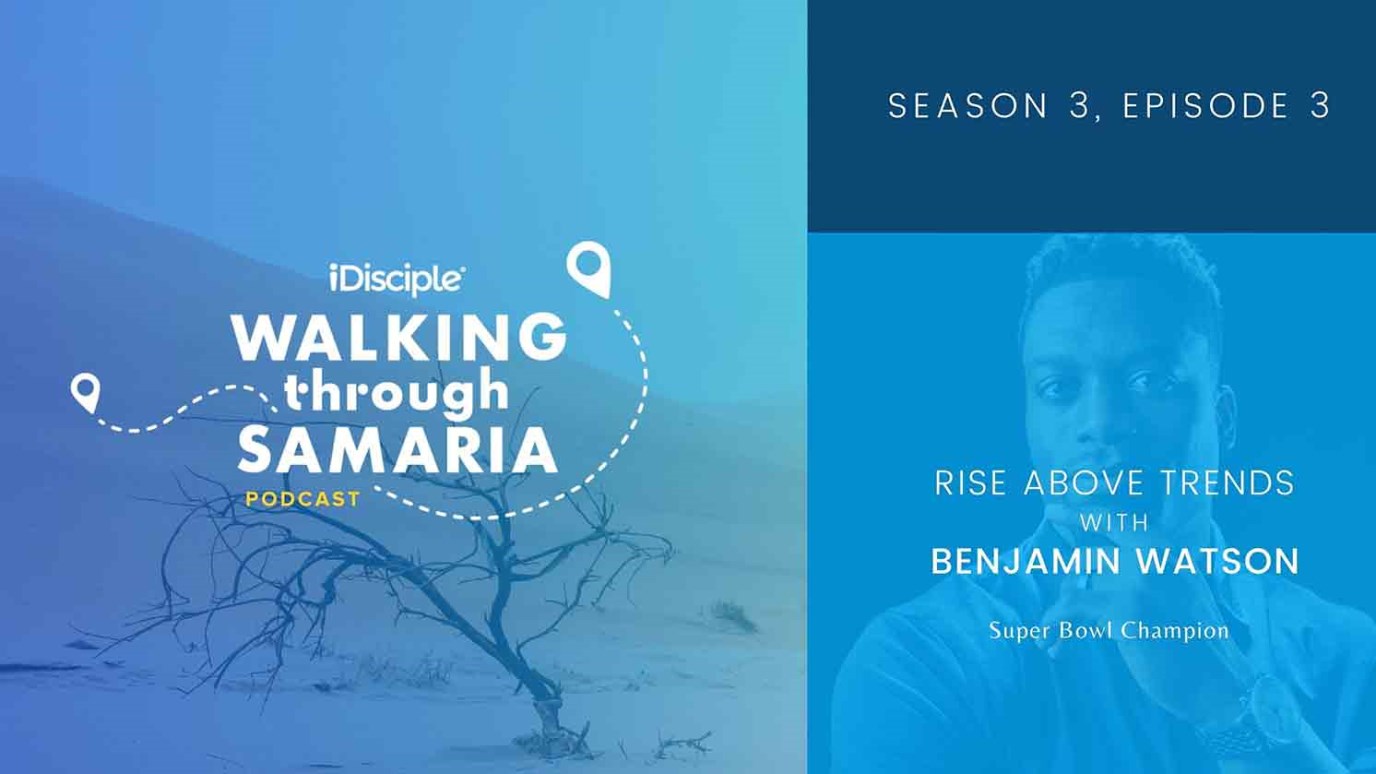 Benjamin Watson, a former first-round NFL draft pick and Super Bowl champion, joins Walking Through Samaria to talk about how vital it is for "the truth to rise above the tribe, rise above the trends."

Meet Benjamin Watson. A first-round draft pick out of the University of Georgia in 2004, and a Super Bowl Champion with the New England Patriots in that rookie NFL season, Watson was a star tight end until retiring in 2020.

He had 44 touchdowns on the field but may be best known off the field for his courageous pro-life stance. He starred in Divided Hearts of America, a moving pro-life film he produced with Housing and Urban Development secretary Ben Carson, former Georgia state representative Alveda King and activist Abby Johnson.

Watson and his wife, Kirsten, devote time and money to assist pregnancy resource centers and he spoke at the 2017 March for Life in Washington, D.C. The Watsons also formed the One More non-profit organization, a source of educational and enrichment opportunities through charitable initiatives and partnerships. Watson also works with the International Justice Mission to combat sex trafficking.

Abortion isn’t the only hot-button topic this former football player tackles. In 2015, his thoughts on racial tension in America made him an internet sensation, reaching more than 44 million people. That opened a door to his first book, Under Our Skin, which earned critical acclaim, and a second literary work, The New Dad's Playbook.

“So many of the ills we see -- whether it’s teen pregnancy, incarceration, poverty or self-esteem [issues] -- so many of those things are tied to the lack of, or presence of, a male figure, and more importantly, a father in the home,” Watson says. “There is an imperative call for men. When men are involved, all those things I talked about before are flipped on their heads.”

His positions often put him in a tug of war politically, but Watson welcomes the tension as long as he stands for truth.

Why Talented Kids Become Troubled Adults
Dr. Tim Elmore
Follow Us
Grow Daily with Unlimited Content
Uninterrupted Ad-Free Experience
Watch a Christian or Family Movie Every Month for Free
Early and Exclusive Access to Christian Resources
Feel the Heart of Worship with Weekly Worship Radio
Become a Member
No Thanks