Walking Through Samaria with Batya Ungar-Sargon 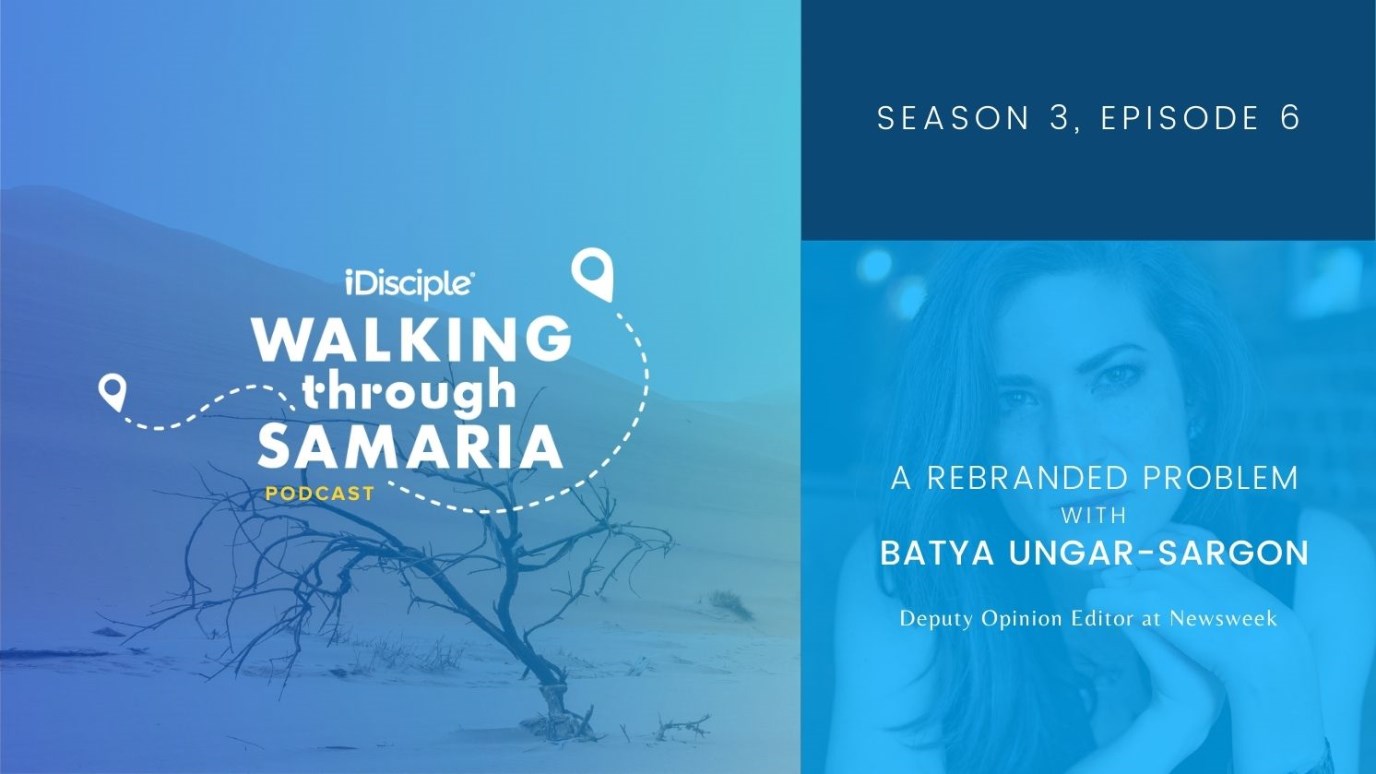 Batya Ungar-Sargon rejoins Walking Through Samaria in response to a fresh outbreak of violence in the age-old conflict between Israelis and Palestinians.

Remember Batya Ungar-Sargon? She’s baaaaaack. Officially, the first repeat guest on the Walking Through Samaria podcast, Batya rejoins us in response to a fresh outbreak of violence in the age-old conflict between Israelis and Palestinians.

She lived in Israel. She went to high school there before earning a Ph.D. over here at the University of California-Berkeley. Not only can Batya recount the history of the Holy Land hostilities, she tells us why that history is so important. But then, she looks forward, not backward.

“To me, when I look at the problem there, I try to see it through a political lens, through a moral lens and through a lens of justice,” she says. “And, of course, then it’s very obvious what needs to happen, which is that every single person living in that territory should have full civil rights and should have access to safety, security and dignity.”

A few things have changed since Batya last visited with Dan and David. She is now the deputy opinion editor for Newsweek magazine, where she co-hosts a podcast called The Debate, in which people from opposite ends of the political spectrum engage in substantive conversation about real problems, rather than spewing talking points at each other without listening. Even though she approaches the Israeli-Palestinian problem from a Jewish perspective, she can see faults on both sides. Because rhetoric matters, she strives to avoid the kind that keeps the Israeli-Palestinian conflict raging.

“They’ve rebranded the problem in such a way that will make sure it will never be solved,” Batya said. “You have these very vocal Congresswomen talking about Israel as committing genocide against Palestinians or as being an apartheid or as engaging in ethnic cleansing, and these are all rebrands of actual problems that exist in such a maximalist way the only thing that would solve it for them, the only thing that would make them feel that there was redress to the Palestinians, would be what Hamas wants — which is Israel not to exist, and that is never going to happen.”

Midwives Make All the Difference for Afghan Moms
World Vision

Taking the Gospel to the Taliban
Dr. James Dobson

Investing in the Present and Future
World Vision