Walking the Tightrope of Dust and Divinity 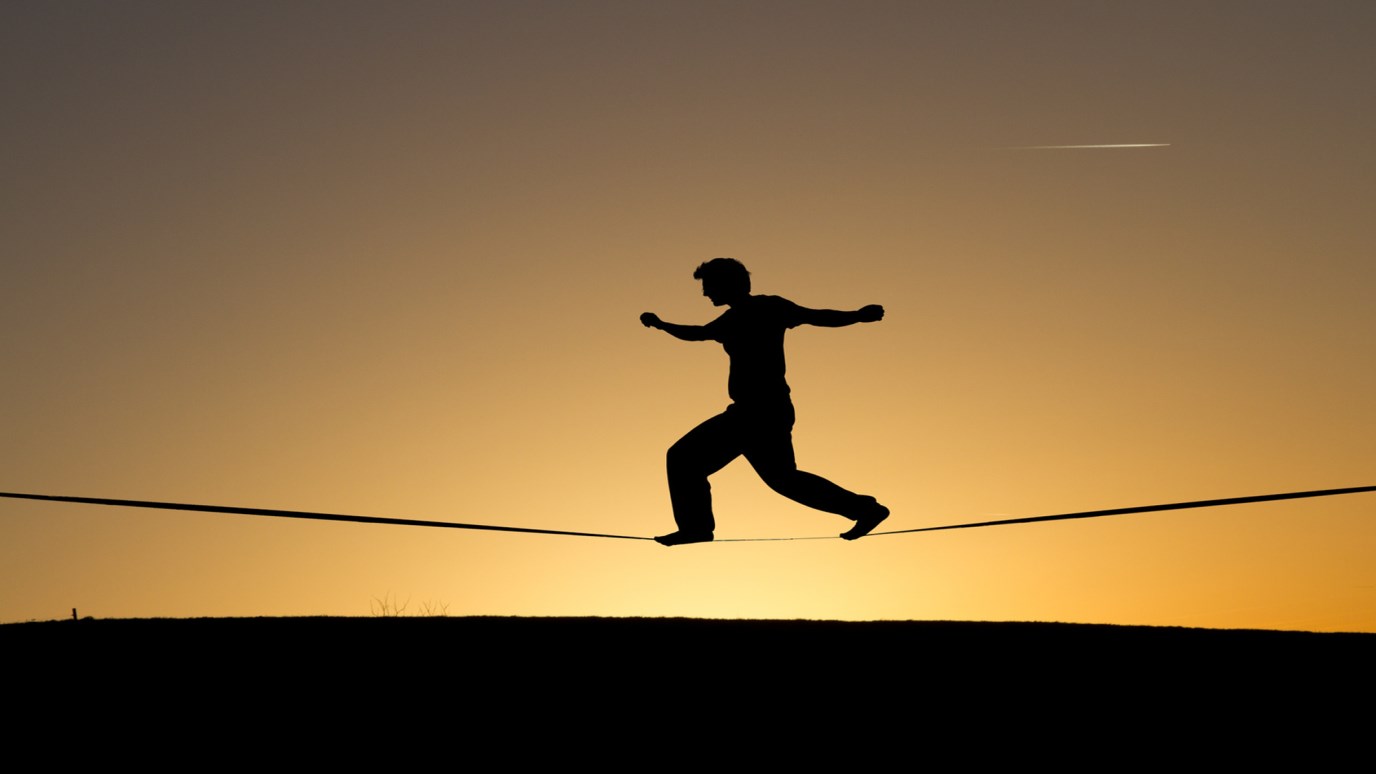 Women have something commendable to bring to the public arena, the church, and the world.

Mooooommm, the potty is raining!

I was on the phone with a web designer discussing the ever-elusive “Platform,” when the toilet began to overflow. My three-year-old had crammed so much toilet paper into the poor thing, that it had no choice but to transform into a pressurized pop bottle, exploding. Everywhere.

Needless to say, I had to reschedule the phone call, putting my social media presence on pause for another day.

There’s a saying in Jewish wisdom: “Keep two pieces of paper in your pocket at all times. On one write, ‘I am a speck of dust.’ On the other, ‘The world was created for me.’ ” The idea being that there is a delicate balance between the holy and the ordinary.

I love to serve my family, but I am just as passionate about my calling and ministry outside of the home. As a mom of three young children, finding a way to maneuver that balance is at best untidy. I tiptoe out of bed in the morning to study scripture and pray; if I’m going to be honest, I spend most of that time praying my kids stay in bed a few minutes longer. I ardently fight against injustice, making phone calls to senators and local leaders, but only during naptimes. I mentor young women, but they have to brave the cheerio-laden path to my kitchen table, while we talk about their own callings over the sounds of car crashes and the smell of dirty diapers.

Women are shifting paradigms in leadership because no matter our role—single, married, SAHM, working—we are thrust into lessons of sacrifice, multi-tasking, and finding our voice in the midst of the daily. We know what it is to honor our God-given vocations while simultaneously mastering the mundane. It is precisely because of this unique training, not in spite of it, that women have something commendable to bring to the public arena, the church, and the world.

In Luke 2, Mary sings, “My soul glorifies the Lord. My spirit rejoices in God my Savior, for He has been mindful of the humble state of his servant.”

Today, as you walk your own tightrope of dust and divinity, rejoice! For God is mindful of you. He is birthing something in you that is absolutely commonplace, yet undeniably miraculous. It might be a birth in the midst of potty-rain, but it’s still one worth celebrating.

When You Have an Idea, Take a Step
Courtney DeFeo
Follow Us
Grow Daily with Unlimited Content
Uninterrupted Ad-Free Experience
Watch a Christian or Family Movie Every Month for Free
Early and Exclusive Access to Christian Resources
Feel the Heart of Worship with Weekly Worship Radio
Become a Member
No Thanks