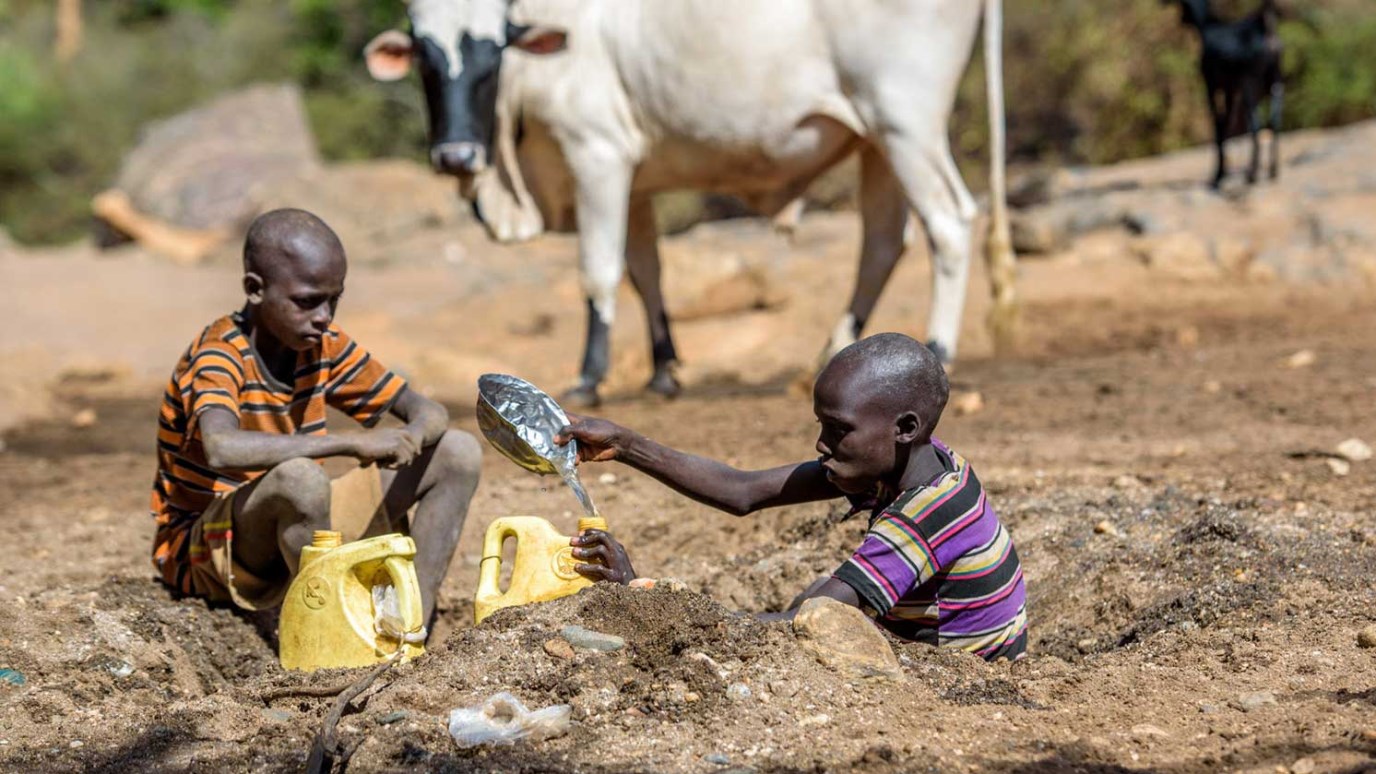 A bull waits his turn to drink from waterholes children are digging in West Pokot County, Kenya.

The boys walk twice a day to dig for unclean water in a dry riverbed. They walk more than 6km a day for water.

Shooing away goats and cows, the children dig for water in the dry Kesot riverbed. The impatient animals paw at the hole they are scooping. There’s no time to wait for solids in the water to settle; they pour the muddy brown liquid into their jerry cans and lift the heavy burden to carry it home.

That’s the water their mothers will boil for tea and stir into ugali corn mush. Later, mom will carry more jugs of water today for the baby goats in her pen and to wash her family’s clothes in a bucket.

Every drop is precious, but it’s also dangerous.

Water experts say the presence of coliform bacteria or worse – fecal coliforms – indicates trouble. Coliform bacteria are found everywhere, and most of the time they aren’t harmful. But E. Coli and others that are found only in feces – especially human waste – indicate disease-causing contamination.

Where the children dig for water, fecal contamination is a given, since goats, cows, and camels tramp through the water hole. At night, cheetahs, hyenas, and foxes come to drink.

Villagers have no latrines, so their feces spreads disease, too. And since they don’t have enough clean water for bathing and hand washing, it’s easy to spread infections through contact and open sores.

The turbidity – cloudiness – of the water is not just icky, it’s unhealthy. Clay, silt, and organic matter suspended in the water feed microbes. Turbidity and the “total suspended solids” that make their water murky are off the charts.

Hold on to Mom
World Vision

Egg-static!
World Vision
Follow Us
Grow Daily with Unlimited Content
Uninterrupted Ad-Free Experience
Watch a Christian or Family Movie Every Month for Free
Early and Exclusive Access to Christian Resources
Feel the Heart of Worship with Weekly Worship Radio
Become a Member
No Thanks