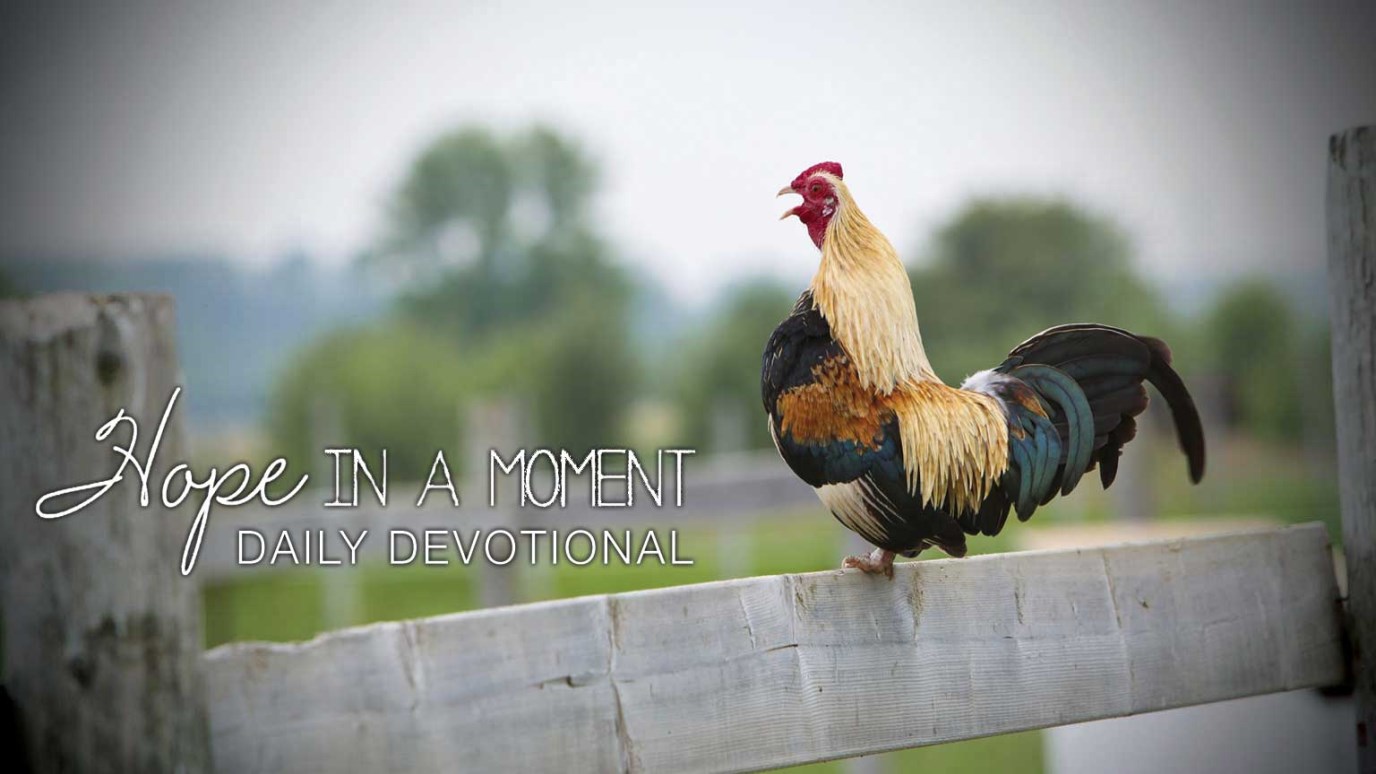 The sign of the rooster forever reminds us to stay alert and vigilant, repentant of our sins and grateful for Christ’s daily forgiveness.

When I’m on the road and need to be up at a certain time, I will set an alarm clock. When it’s really important, I will ask the hotel clerk to give me a wake-up call to blast me out of my slumber. Long ago God invented roosters for a number of different functions, but the job of which they are proudest is to set the barnyard into life with their raucous pre-daybreak crowing.

Churches have traditionally crowned their steeples with crosses, but a few chose to place a copper rooster up there—a wake-up call to their members and the community to rouse from spiritual sleep and get ready for Christ’s soon return. Jesus used that very metaphor to warn his foolishly proud and careless disciple Peter on the night in which Jesus was arrested, convicted, and sentenced to be crucified.

Jesus predicted to him that the predawn crowing would mark a miserable collapse in Peter’s personal faith-witness. Sadly it came true: “Peter replied, ‘Man, I don’t know what you’re talking about!’ Just as he was speaking, the rooster crowed” (Luke 22:60).

The sign of the rooster forever after reminds us Christians to stay alert and vigilant, repentant of our sins and grateful for Christ’s daily forgiveness. But it is also a comforting image, for it was also at daybreak that a rooster would have signaled the empty tomb of the risen Christ.

The Mystery of the Cross
Lisa Bevere