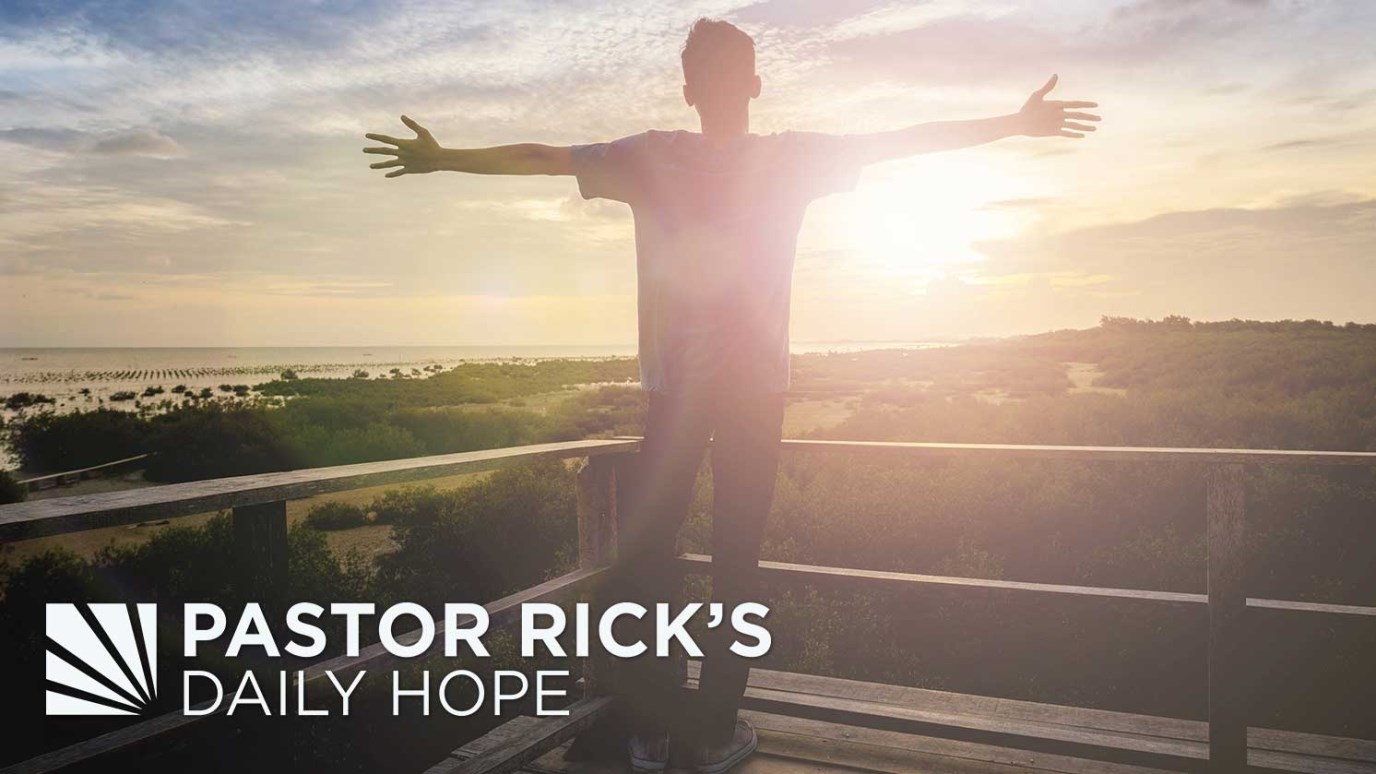 Claim God’s promise, take a step of faith, and believe in His loving grace to give you affirmation along the way.

“The Helper, the Holy Spirit, whom the Father will send in my name, will teach you everything and make you remember all that I have told you” (John 14:26 GNT).

I remember growing up with some old math books that had the answers at the end of the book. I could work out the equation, figure out the answer, and then go and check it in the back. Or not! What I actually did was go find the answer and then, knowing where I was supposed to end up, try to figure out how to do the equation.

In a way, that’s similar to how prayer works. God has already given us a promise that he’s going to answer. Since you know how it’s going to end up, you’re left to go back and wait in the middle while it’s all being worked out. You say, “Thanks, Lord! I haven’t gotten my answer yet, but I know it’s on the way, because you promised. You’ve given me a rhema. You’ve spoken to my heart, and I know it’s going to happen. It’s simply a matter of your timing.”

After you’ve made that commitment and taken the step of faith, often God will send little confirmations during your time of waiting.

When we moved to California, Kay and I had prayed for God to show us where to go and start a new church. After a period of time, we really felt God saying to us a rhema: Go to the Saddleback Valley. There was a real peace in our hearts about it, and we felt confident. After we made the decision to make the move, we experienced all kinds of little confirmations.

I’d written a letter to a man in charge of directing churches in this area, telling him I was going to come. At the same time, he was writing me a letter, asking me to come. We didn’t know about each other’s letters.

When we got here, we didn’t know anybody. Yet within three hours of arriving, we had already met the man who became our first member.

We got here in January of 1980, and a total stranger called me up one day, told me his name, and said, “We’ve never met before, but I understand you’re starting a new church. I feel like God wants me to support your ministry for the first two months with $1,000 a month.”

We didn’t count on those kinds of things happening. But we claimed God’s promise, took a step of faith, and believed in God’s loving grace to give us affirmation along the way

What Is Sin?
Pastor Rick Warren