Visions of Cheesy Pizza and a Hunger for Righteousness 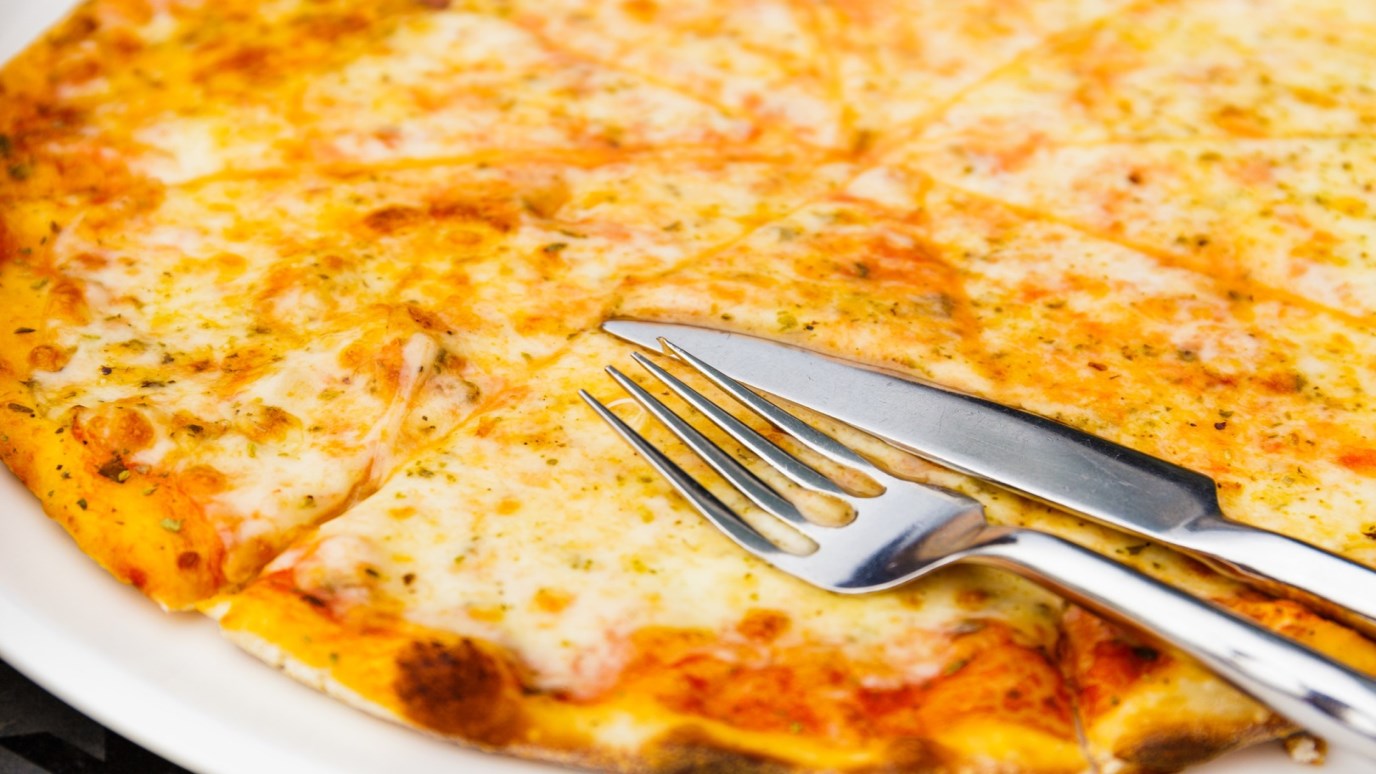 How do you know when you're truly hungry and thirsty for righteousness?

Visions of cheesy pizza, crunchy Sour Cream 'n Onion chips, and gooey chocolate brownies dance through your mind. All else fades except that repetitive thought: FOOD. RIGHT. NOW. FOOD. RIGHT. NOW. Rumblings crescendo from the lower regions of your belly and before you know it, you're just desperate to satisfy that craving. You are officially hungry!

Jesus points to our hunger pangs to reveal the secret to our search for true satisfaction:

"Blessed are those who hunger and thirst for righteousness, for they shall be satisfied" (Matt. 5:6).

Cheesy pizza, gooey brownies . . . yum. But . . . righteousness? That's one rare food that's not typically found in my fridge! What is righteousness?

Pastor John Piper describes it this way based on the context of Matthew 5:6:

1. You're not impressed—not at all—with your "righteousness." A lady I met this weekend matter-of-factly described herself as "spiritual." From the context of our conversation, my guess is that she meant she attended church, prayed, and was hospitable and friendly.

Never mind that Isaiah 64:6 says that "all our righteous deeds are like a polluted garment" in God's eyes.

What are you secretly (or not so secretly) most proud of spiritually? What makes you feel better than other people? Are these areas where you're trusting in your own righteousness?

2. You trust solidly and solely in Jesus' righteousness on your behalf. You're not impressed with your own spiritual résumé, so you turn to Jesus to receive the free gift of His righteousness. When you do, He instantly gives it to you:

To the one who does not work but believes in him who justifies the ungodly, his faith is credited as righteousness (Rom. 4:5).

At that moment, God justifies you. He sees you just as if you'd never sinned, just as if you'd always obeyed. The barrier of sin and guilt between you and God is bulldozed to nothing. You are given Jesus' full and complete righteousness!

So does that mean you never hunger after righteousness again? No! God's Holy Spirit keeps stirring up hunger pangs in you so you desire to keep growing into who you already are.

3. You want to run from everything that is not righteous. This week I watched a coworker jerk away when they realized they were sitting next to someone who was sick. Do you run from or revel in things that aren't righteous? Do you even avoid things that might spoil your spiritual appetite? As you do, you realize that you need spiritual food. So . . .

4. You soak up time with those who are righteous. I just talked to a woman who doesn't go to church because "I don't have to go in order to believe in Jesus." While that's true, it seems a bit like saying, "I love hockey, but that doesn't mean I have to go to hockey games." If you're hungry for righteousness, you want to be with other hungry people. You want to spend time reading your Bible and talking to God. But you don't stop there.

5. You move out into the world as a representative of God's righteousness. (More on this in the next four weeks!) For now, I'll leave you with a quote from Pastor John Piper: "Deep and lasting satisfaction for our souls comes not from the delights of the world nor from a merely religious or vertical relationship with God. Satisfaction comes from God to those whose passion in life is to know him in the struggle to be like him in the world."

So what if you're just not hungry for righteousness? Find where you are in this list and honestly confess your lack of desperation for God's righteousness to Him. Then put your faith and trust in Jesus' righteousness alone. Ask Him to give you starvation for His righteousness.

When you do, you will find not only true happiness ("Blessed are those who . . .") but satisfaction ("for they shall be satisfied"). You'll be completely full and content like you feel after stuffing your face with pizza, chips, and brownies—without the bloating, of course!

So how about it? Are you officially, desperately hungry for His righteousness?