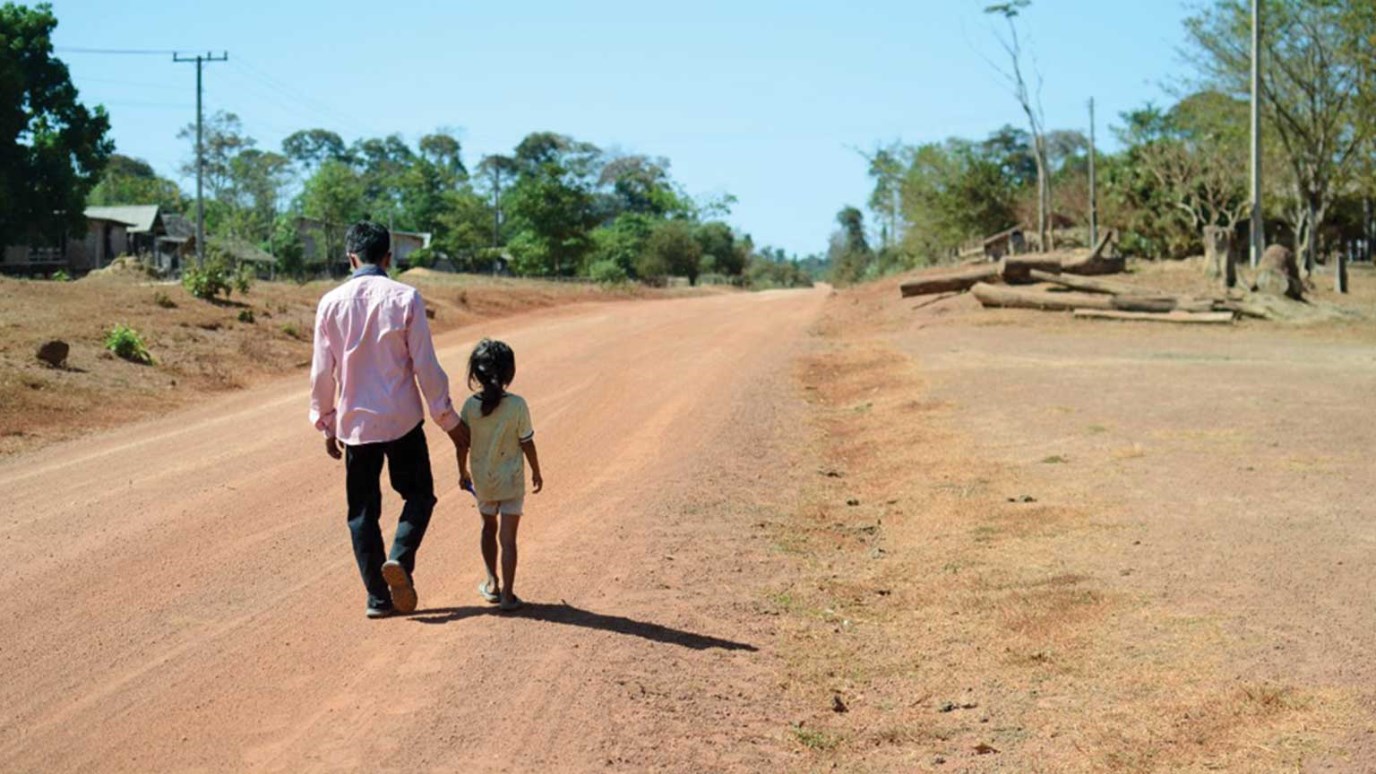 Nearly 35 years after the end of the war in Vietnam, unsuspecting residents continue to find unexploded bombs in Lao forests. Although Laos was not officially involved in the war, it was targeted.

He’d seen one this way, he promises with a crooked smile.

A group of five village leaders follow, struggling against the thick undergrowth.

As they stumble down a hill, branches slap their arms, their sides. Suddenly, they stop.

The farmer stands firmly in front of them, pointing urgently into the dried leaves.

“Here it is,” he says in the tense silence.

Next to the farmer, on the ground, is a rusting bomb the size of a baseball.

“Let’s go, I don’t want to be here,” someone says as they turn and scramble back up the hill.

The other men look solemn. This is the fourth one they’ve found this week.

'They dropped the bombs; I saw them in the air'

Nearly 35 years after the end of the war in Vietnam, unsuspecting residents continue to find unexploded bombs in Lao forests. Even though Laos was not officially involved in the war, it was targeted.

Khomhoum, one of the village leaders, forces a weary smile. He’s taken back to the time when he was 9 years old.

“We were washing our clothes, and we saw a plane come, and it circled around,” Khomhoum says. “They dropped the bombs; I saw them in the air. And when they landed, they made a strong sound. But they didn't explode.”

Instead, they lie with hundreds of thousands of others, waiting for fathers, mothers and children to find them.

And when the children did find them, they were fascinated.

“We would just throw the bombs around, like toys,” Khomhoum says. “We would play football with them. I remember when my friend opened the bomb. I was there. I was afraid to touch it, but my friend was not. He opened it and threw it. We were lucky.”

Others aren't so fortunate.

Earlier this year, in another village, a group of five boys — three of them World Vision sponsored children — found a bomb in the forest. They took it home. It exploded, killing three and injuring the other two and their mother.

A year later, it still haunts 10-year-old Yoak, who lost his leg in the blast.

“My friend Sak was the one who played with the bomb, and suddenly the bomb exploded,” Yoak says. “I don’t remember anything after.”

When World Vision started working in Khomhoum’s community three years ago, dealing with the unexploded bombs became a priority.

“When children aren’t aware of how dangerous the bombs are, they are at risk,” says Somsak Duangpanya, a World Vision unexploded ordnance expert.

Somsak works with teachers and community volunteers to educate children on the dangers of unexploded bombs. Since 2009, the project has educated 4,500 people about UXOs. While it might take years to clear all the bombs in Laos, Somsak is optimistic.

“After children attend our training sessions, we don’t hear of them becoming injured by an explosion. After people have knowledge, they are not at high risk anymore,” he says.

Father: 'I want my children to be safe'

As the local authority on the issue, he now conducts awareness sessions in the community. When a villager finds a bomb, he investigates and alerts a team of technical experts. The team removes the explosives with specialized equipment and later destroys it.

“Yesterday, one of the villages found three bombs [less than a mile] from my house,” Potalonger says. “The bombs were chemical bombs. If they explode, people will be affected in their eyes and on their skin.”

Potalonger dreams of seeing his young son and daughter finish school. He dreams of a future where there is no fear of what might be found in the forest.

“I want my children to be safe in the future,” he says. “I don’t want there to be bombs here.”