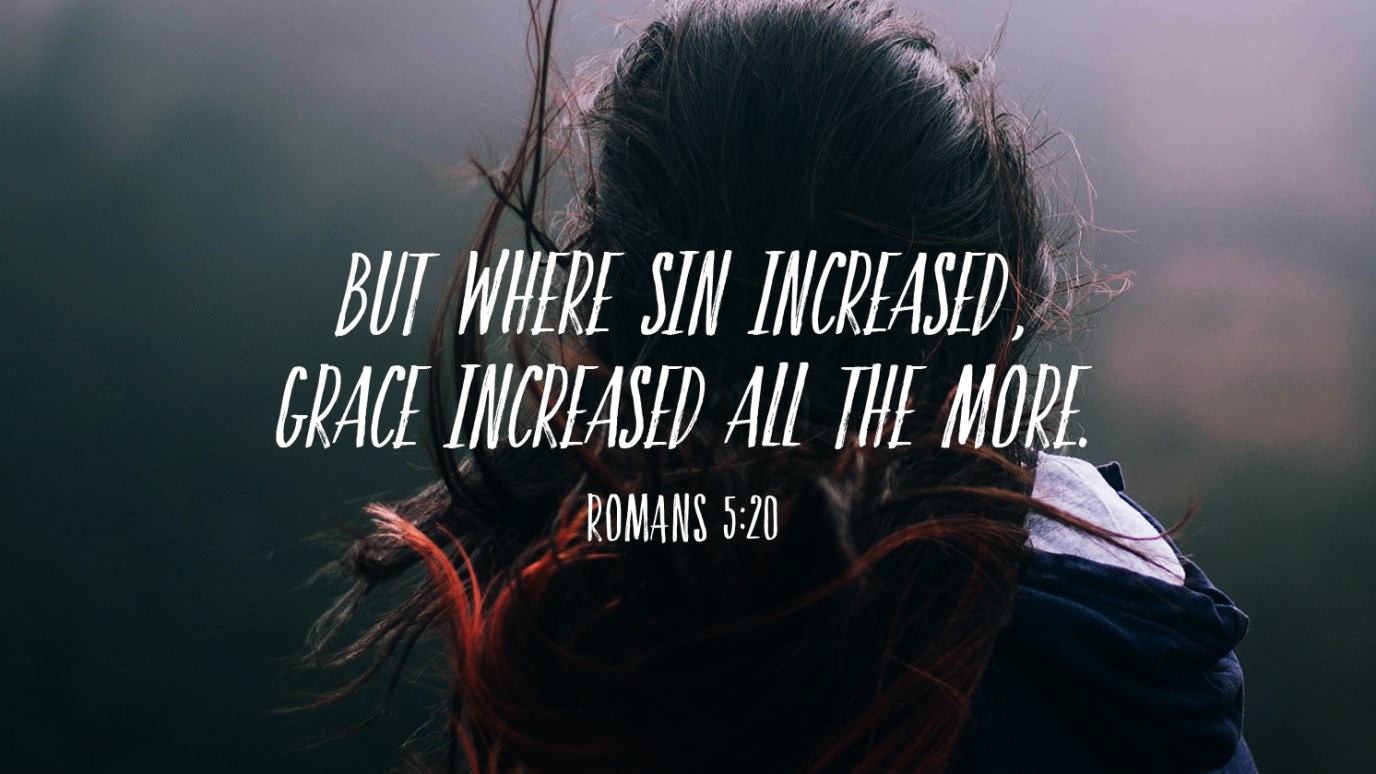 But where sin increased, grace increased all the more. — Romans 5:20

The law was brought in so that the trespass might increase. But where sin increased, grace increased all the more, so that, just as sin reigned in death, so also grace might reign through righteousness to bring eternal life through Jesus Christ our Lord.

You can also listen to iDisciple’s Verse of the Day on Spotify, Alexa, Apple Podcasts, Google Podcasts, Amazon Music, and more of your favorite listening platforms.