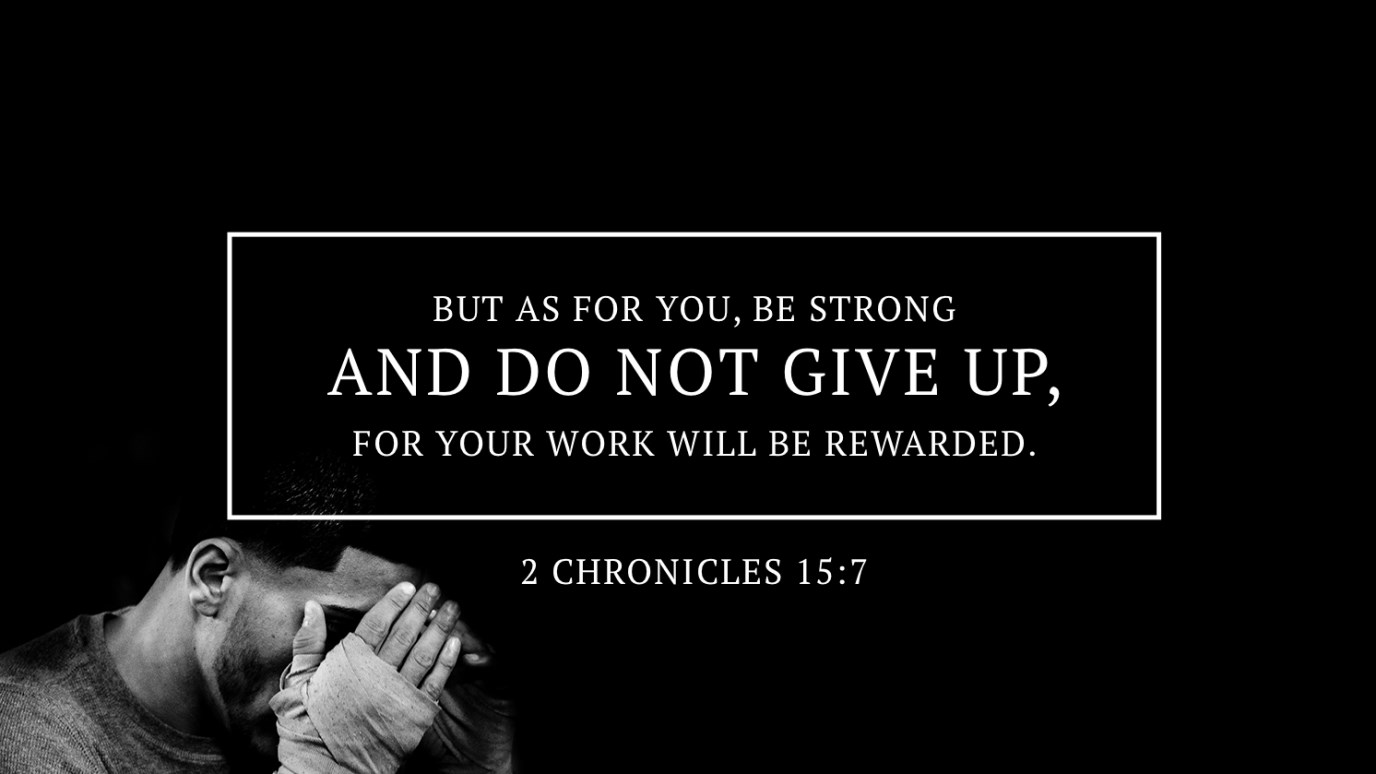 The Spirit of God came on Azariah son of Oded. He went out to meet Asa and said to him, “Listen to me, Asa and all Judah and Benjamin. The Lord is with you when you are with him. If you seek him, he will be found by you, but if you forsake him, he will forsake you. For a long time Israel was without the true God, without a priest to teach and without the law. But in their distress they turned to the Lord, the God of Israel, and sought him, and he was found by them. In those days it was not safe to travel about, for all the inhabitants of the lands were in great turmoil. One nation was being crushed by another and one city by another, because God was troubling them with every kind of distress. But as for you, be strong and do not give up, for your work will be rewarded.”

When Asa heard these words and the prophecy of Azariah son of Oded the prophet, he took courage. He removed the detestable idols from the whole land of Judah and Benjamin and from the towns he had captured in the hills of Ephraim. He repaired the altar of the Lord that was in front of the portico of the Lord’s temple.