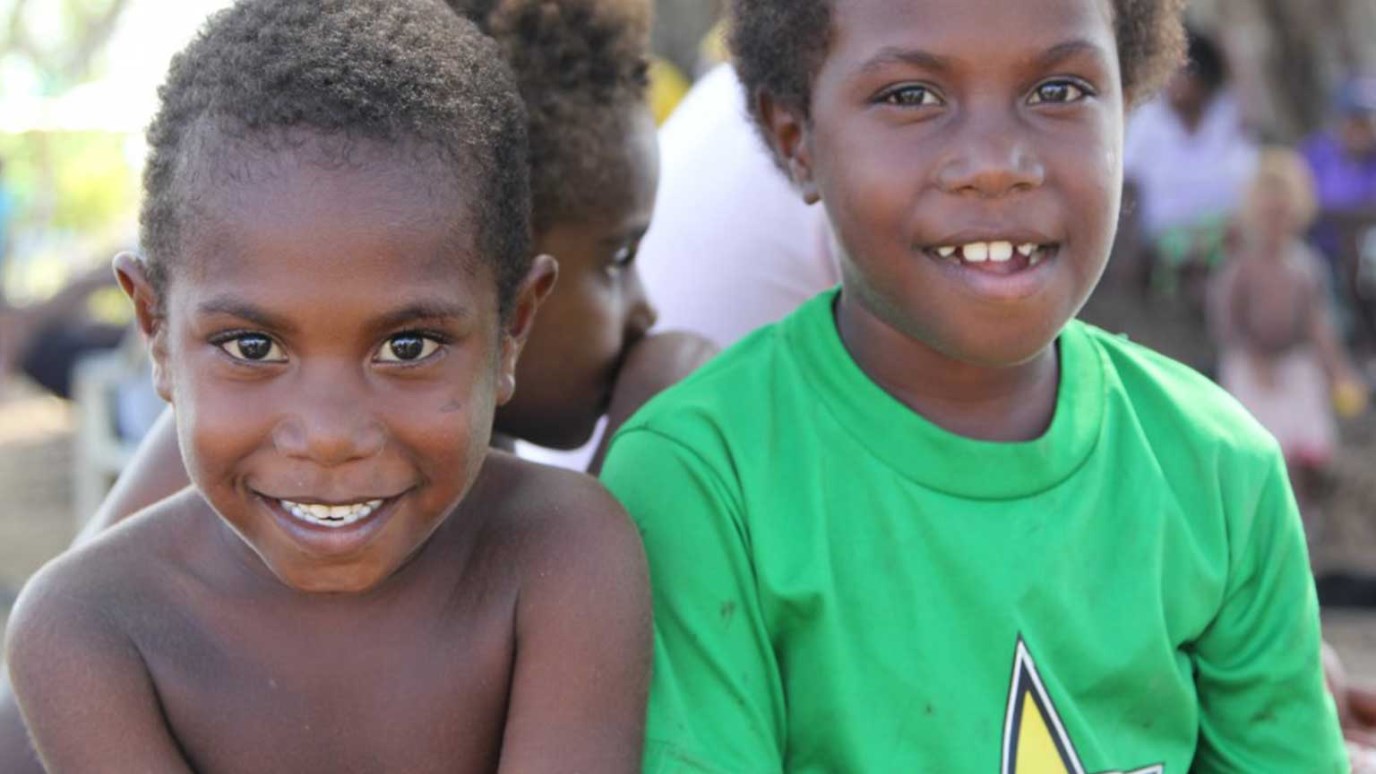 Though their village near Port Vila was destroyed by Cyclone Pam, Brian, 5, and Denisha, 6, show that, like their country's welcome banner, #Vanuatustillsmiles.

Barely a month after Cyclone Pam tore though Vanuatu, leaves sprouted on trees that had been stripped bare by 160 miles per hour winds. Tourists alighted gingerly from the first cruise ships to dock at Port Vila, where a welcome banner reads #Vanuatustillsmiles.

The hopeful smiles in Vanuatu belong to people who have a long, hard road ahead.

Cyclone Pam hit Vanuatu as the equivalent of a Category 5 storm,  the worst in the disaster-prone South Pacific islands' history.  The storm killed 11 people.

The deadly cyclone flattened villages, damaged or destroyed schools and houses. It tore up market stalls and ruined merchandise. Garden plots and coconut trees were wiped out, jeopardizing the livelihoods of 80 percent of ni-Vanuatu — indigenous islanders — who depend on subsistence farming to feed their families.

World Vision has assisted more than 10,000 people across Shefa, Tafea, and Penama Provinces with food, safe shelter, hygiene kits, and kitchen kits. Judy Moore, the organization’s response manager says, “In just one month World Vision has been able to reach some of the most remote islands with essential household items and tools that have helped communities start to rebuild.”

Girls on the Go
World Vision