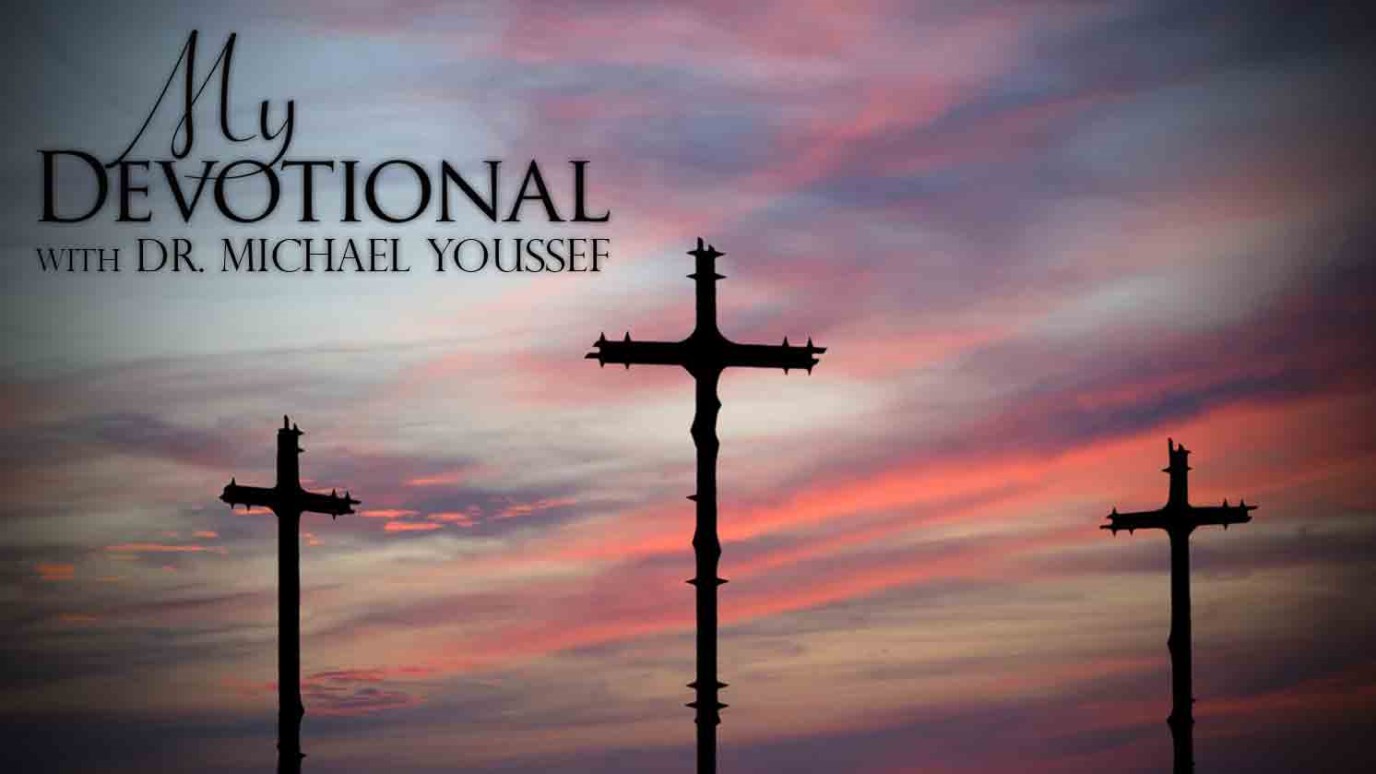 Jesus was crucified between two criminals who had two different reactions to Him. Dr. Michael Youssef explains.

The second statement Jesus made from the cross follows a prayer from a repentant sinner to the Lord Jesus Christ. Luke 23:39-43 says: "One of the criminals who hung there hurled insults at him: 'Aren't you the Christ? Save yourself and us!' But the other criminal rebuked him. 'Don't you fear God,' he said, 'since you are under the same sentence? We are punished justly, for we are getting what our deeds deserve. But this man has done nothing wrong.' Then he said, 'Jesus, remember me when you come into your kingdom.' Jesus answered him, 'I tell you the truth, today you will be with me in paradise.'"

Jesus was crucified between two criminals who had two different reactions to Him. Both of these men were equally near Christ. They were both dying and suffering acute physical pain. Both were sinners in need of forgiveness. Yet, one died in his sin and ended up in eternal judgment, and the other one died forgiven and justified, and he went to paradise.

Both men were reviling Jesus, but something happened to the second man. Obviously, he heard Jesus' first statement, "Father, forgive them, for they do not know what they are doing" (Luke 23:34). Those who were being crucified often cursed their crucifiers, but Jesus forgave those who crucified Him. Those words of forgiveness transformed that criminal from a doubter to a believer. Today, like at Golgotha, our world is made up of two kinds of people: those who reject Jesus and those who welcome Him.

In one of His final interactions, Jesus extended eternal life. As He openly forgave others, Jesus sparked an internal transformation in the criminal next to Him. Our Savior did not allow His own suffering and torment to distract Him from the cries of faith from a repentant sinner.

"Whoever believes in the Son has eternal life, but whoever rejects the Son will not see life, for God's wrath remains on him" (John 3:36).

The Veil Is Torn
Andrew Wommack