Two Girls, a Football Player, and a Red Solo Cup 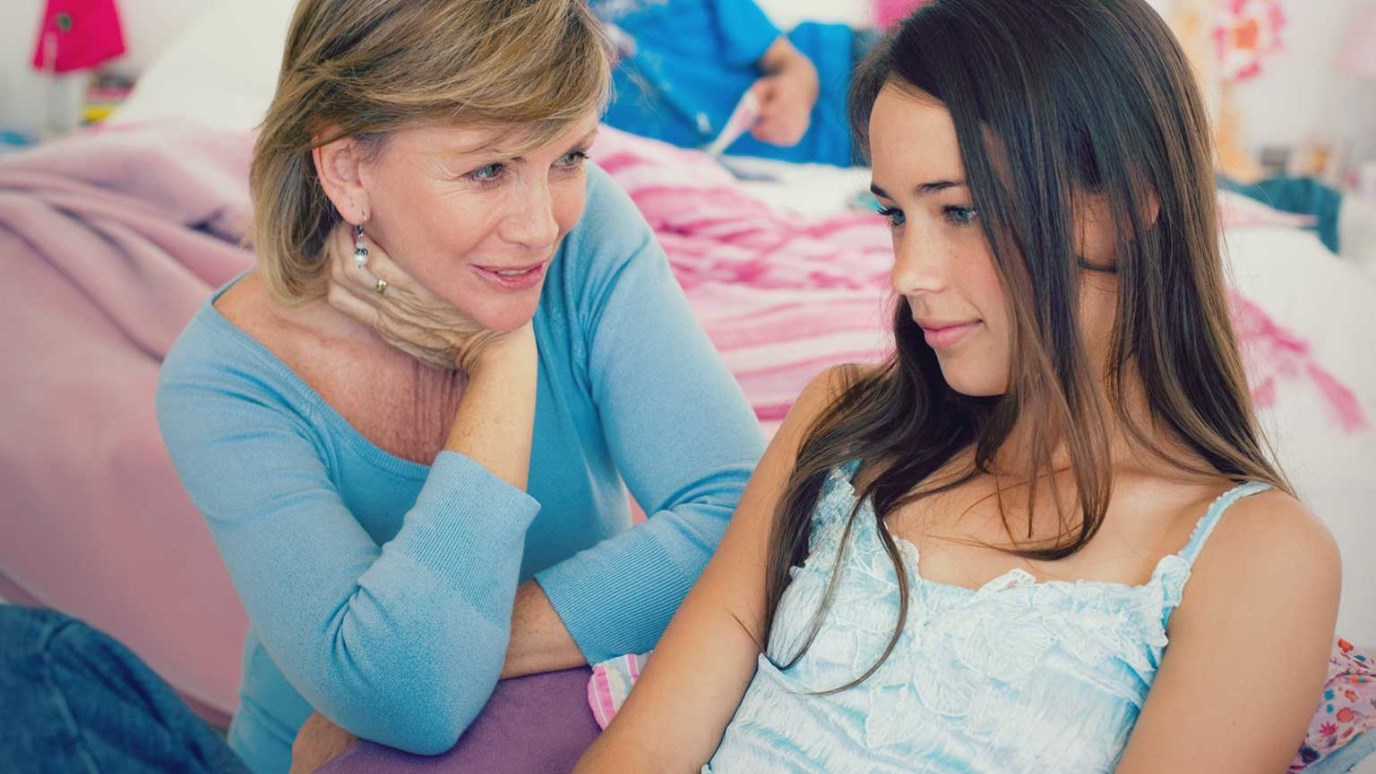 Kids don’t have enough life experience to discern the right way to handle unexpected situations, so empower them by coming up with scenario-based plans that work for both of you.

I’m a planner, always have been. I love to sit at the kitchen table with a pile of magazines and come up with meals I think my family will enjoy.  But, as much as I enjoy planning meals for my family and fun events, things don’t always go as I had planned. More times than I’d like to admit, our plans change or someone scrunches their noses at what I had planned to serve for dinner. Or, take a recent a fundraising event I worked really hard on. The event was a moderate success, but we didn’t make a dime. I was left disappointed and my expectations were unmet.

Proverbs 19:21 tells us “Many are the plans in a man’s heart, but it is the Lord’s purpose that prevails.”  I’m so grateful for a loving God who knows what’s best for me and my family.  I can only imagine how miserable life would be if God were to leave everything up to me.

With the knowledge and understanding of God’s sovereignty, I believe as moms we should equip our daughters with a planning mentality. We should do our due diligence, knowing and trusting the results are up to God.

Take Shelley and Carrie, two sophomore girls and the best of friends. Carrie’s older brother, Alex, is on the varsity football team and told the girls about a Saturday night upperclassmen party and invited the girls go to with him.

Before the party, Alex assured his and Carrie’s parents that there wouldn’t be any drinking or drugs, and that of course, his friend Jeff’s parents would be home.

When Alex, Carrie and Shelley arrived to the party, Jeff’s parents weren’t there, and nearly every kid had a red Solo cup of beer in their hands. Some kids were smoking pot, and many were smoking cigarettes.  This didn’t come as a surprise to Alex, a frequent partier, but it did to the girls. But, they trusted Alex and stayed at the party, and even helped themselves to those “everybody has one red Solo cups”.

Alex went off to join his buddies and before long, both Carrie and Shelley were well past tipsy. A boy Carrie had a crush on since junior high came up and asked her to dance. She was too drunk and having too much fun to notice someone put a tasteless and odorless substance in her drink. This substance was the date rape drug. Fortunately, Shelley saw this happen and warned Carrie. They told Alex and the three of them left the party.

On their way home, Alex was pulled over for speeding and a busted tail light. The officer could tell the teens had been drinking and ordered them all out of the car. Each of them was arrested and taken to juvenile jail. Carrie and Alex’s parents were shocked when they received the phone call from the police.

There are many take away messages from this story.  I’ve included four of them, here:

Alex and Carrie’s parents took Alex’s word that Jeff parents would be at the party.

As parents, we should always call the other parents to make sure we’re on the same page. If your kids are embarrassed about your calling the other parents, or if their friends give them a hard time about it, chances are their plans weren’t good, or their friends aren’t the kind you want your kids hanging out with. This is not the time to worry about saving face or looking cool. Kids sometimes stretch the truth to get their parents to say yes, and sometimes our kids are caught unaware of mischievous plans right along with us. As time goes by and we get to know other parents I think it’s appropriate to loosen the reigns a bit, in some cases.

Alex told his parents there wouldn’t be any drinking or drugs at the party, but there were. Again, this is another reason to touch base with the other parents and know who your kids hang out with. Also, just because your kids learn about the dangers of drugs and alcohol through school anti-drug programs, assemblies, and television commercials, doesn’t mean they really get it. Believe it or not, you are the greatest influence in your kids’ life. If they hear from you regularly on the important issues and see you modeling the behavior you’re telling them you expect, the greater your chances are for impacting them and leaving them with a sticky message.

Also, do your research about the trending drugs, and find out how kids are getting access to drugs and alcohol. Some kids have fake ID’s, older friends and siblings, and some even steal alcohol from their parents.  Drugs aren’t just limited to marijuana and meth these days. I was shocked to learn a few years ago that kids snort pixie sticks candy. My daughter told me she’s even heard of kids snorting crushed up Smarties to get high.

It’s tragic, but true. There are men, even boys, out there, preying on our daughters. We should educate them about the date rape drug even if we don’t think they will end up in a dangerous spot like Carrie almost did. Since it’s tasteless and odorless, it can be added to any drink, even soda, without being detected.

Thousands of people die each year in alcohol-related car accidents. This isn’t just something we should tell our kids about once. It’s a good idea to share the news stories about these accidents with them from time to time. Seeing evidence of someone’s bad decision, like destroyed cars, or watching interviews of people who have lost a loved one because of drunk driving will leave a lasting message. Make a plan with your kids in advance, or “pre-decide” as my dear friend Lynn Cowell says, how your family will respond if your kids find themselves in need of a safe ride. I’ve told my daughter if she ever finds herself in a situation where the driver of a car she’s about to get in has been drinking at all, she needs to call me and we will give her and anyone else that needs it, a safe ride home. I’ve also told my daughter that while I expect her to make wise decisions about drinking and drugs, honesty is always the safest bet. I would rather get a phone call from my kids asking for a ride than getting a knock on the door from the police telling me that there has been an accident.

I hope you’ll share Carrie, Alex, and Shelley’s story with your daughters and discuss the take away points and how they can be applied to other areas in your lives. Having a plan before you need one is the best kind of plan. Kids don’t have enough life experience to discern the right way to handle unexpected situations, so you can empower them by coming up with scenario-based plans that work for both of you. And, this will help leave the communication lines open, reassuring your kids that you are approachable and are on their side.

Being a parent is hard, and it’s a lot of work. Our plans may not always turn out the way we envision them, and our kids may not always be choosing the narrow way. But rest assured, God is sovereign, and He has a plan.

A Biblical Approach to Dealing with Rebellion
FamilyFire