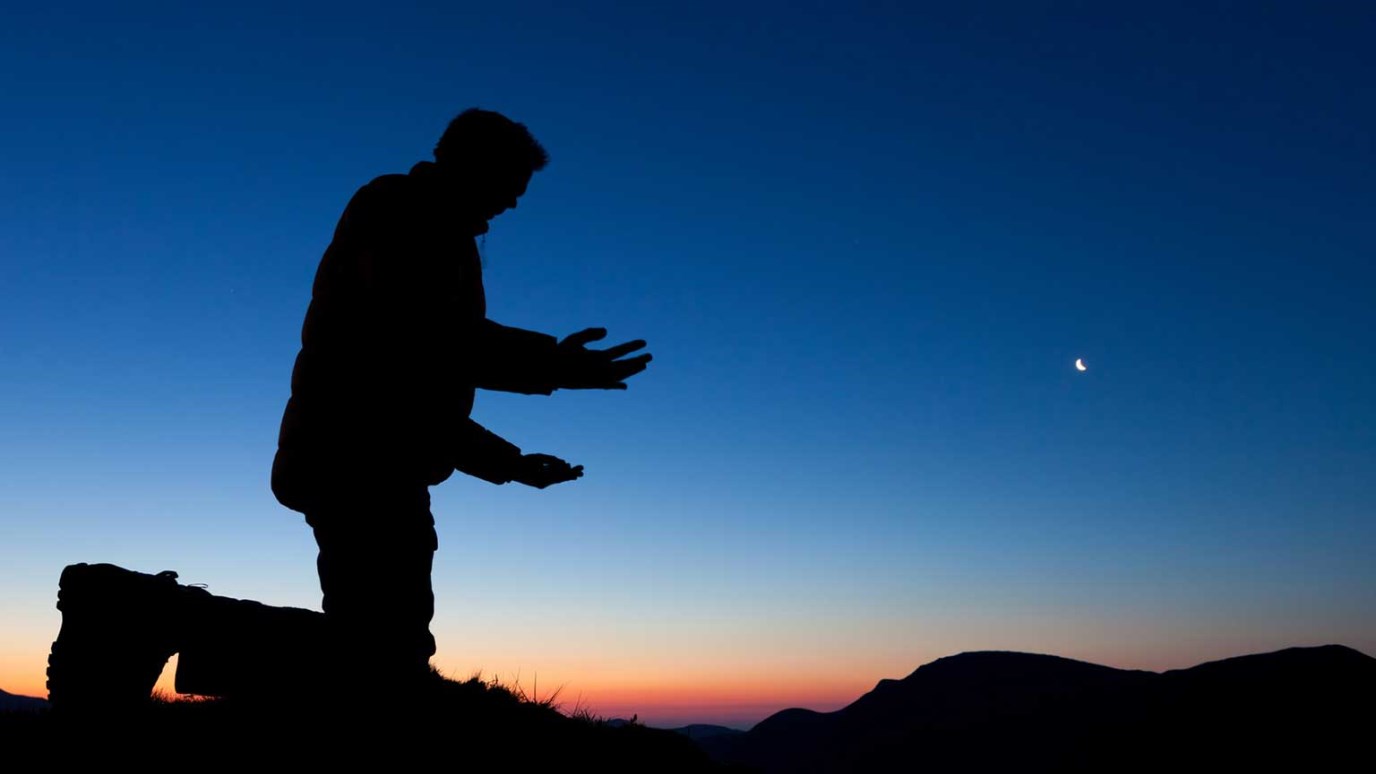 According to Jesus, the true sign of greatness isn’t in our standing before men but in our kneeling before God.

As I walked into the basement, I could finally see what all the commotion was about. The floor of the family room was transformed into a make-believe battleground, covered almost completely with cushions and quilts and pillows. Off to one side stood a most impressive fortress of blankets draped over a table and a couple of chairs. But what I saw after that was what made me hide my giggles.

Perched at the top of a mountain of couch cushions was our nine-year-old son. With eyes closed, arms outstretched, and a smile dripping with false humility, Adam appeared to be humbly accepting the adulations of an invisible, yet roaring crowd (whose cheers came suspiciously from the area of his own mouth). There he stood, for all his world to see, repeatedly mouthing the words “Thank You.” With that, our son Adam was indeed “king of the hill.”

Held captive by this victorious scene, I was completely unprepared for what came next. Out of the corner of my eye came a flash of movement, and in the next moment, I caught the image of my six-year-old son as he charged the hill. With head down and shoulder firmly braced, Eric executed his full frontal assault on the would-be monarch, and both boys went tumbling over the mountain of cushions.

I was a little concerned until I heard their grunts give way to laughter. I also noticed that they had conveniently landed on my own set of feather pillows (how handy that they were there to brace the fall). I stayed in the shadows to see what would happen next. I listened as each of the wanna-be kings spouted reasons why he would be the better ruler. After shuffling through the standard arguments of who’s older, and who’s smarter, the age-old solution to most unresolved battles throughout the centuries was discovered in our home: who’s bigger. So, 70-pound, nine-year-old Adam once again climbed the cushions to claim his throne.

What a cute scene. A brother thing. But something wasn’t right. Sure, this was a game, and sure they’re just boys, and sure, with Eric’s larger bone structure, Adam would one day live to regret this moment. But there was more.

My two sons had just acted out what’s drilled into them every day from our self-centered society: survival of the fittest. If a person can be the biggest, the strongest, the smartest, he will be the best. He will be “king of the hill”.

But what does Jesus have to say about that? What does the real King think of all of our striving and fighting, our appointing and electing? Who would Jesus say deserves to sit on top of the mountain of sofa cushions? Who should be considered among the most important?

In our reading for today, Jesus was discussing this very question with His disciples. Let’s hear His viewpoint on the matter of greatness.

But many who seem to be important now will be the least important then, and those who are considered least here will be the greatest then. Matthew 19:30

When speaking with His disciples, Jesus once again pointed their elevated noses to a humble heart.  According to Him, the true sign of greatness isn’t in our standing before men, but in our kneeling before God. First Samuel 16:7 reminds us that while man looks at the outward appearance, God sees what’s in the heart.