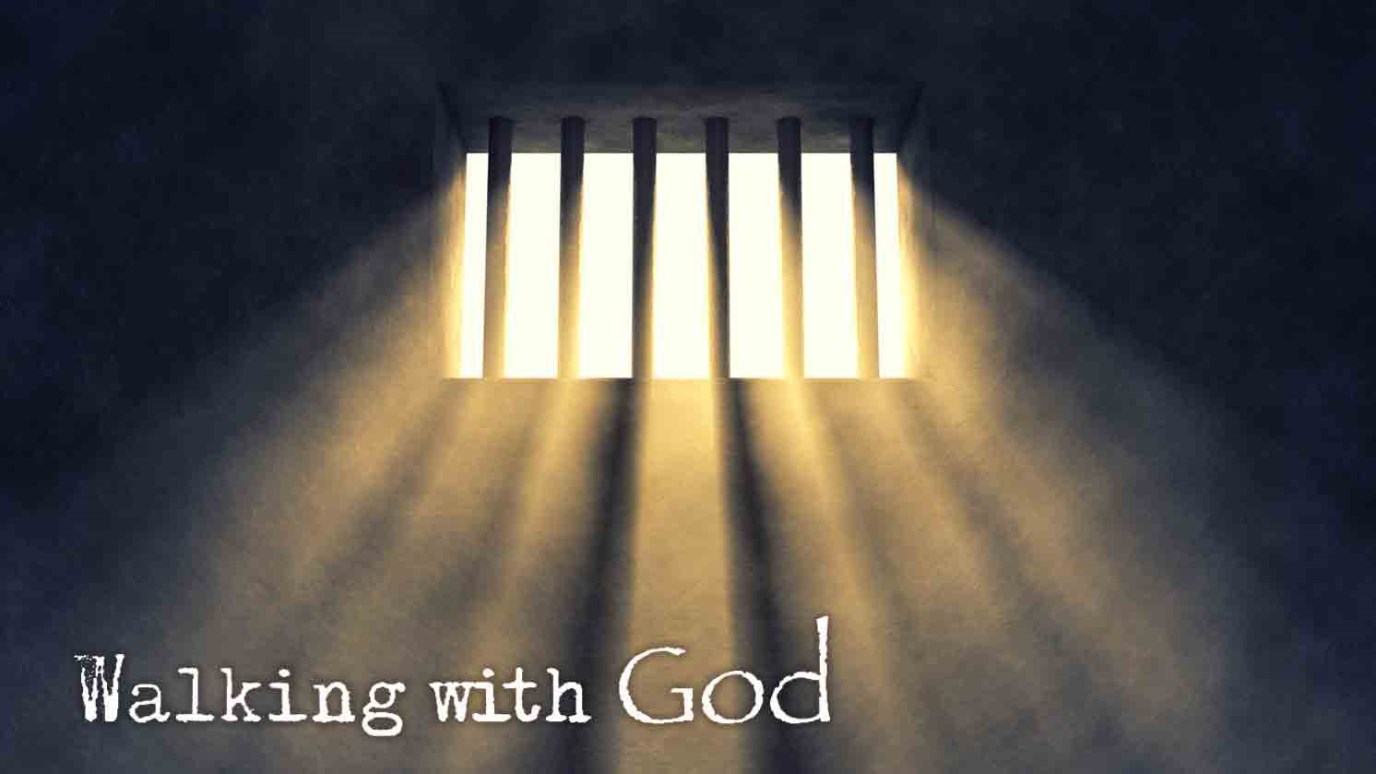 As Paul and Silas praised, non-Christian prisoners heard their witness; peace descended rather than panic (an earthquake and nobody runs!); and ultimately, the jailer’s whole family came to faith in Jesus.

About midnight Paul and Silas were praying and singing hymns to God, and the other prisoners were listening to them. Suddenly there was such a violent earthquake that the foundations of the prison were shaken. At once all the prison doors flew open, and everybody’s chains came loose. (Acts 16:25-26)

Trouble seemed to follow Paul wherever he went. Not that he went looking for it! He was simply so committed to sharing the gospel that it constantly got him into hot water. It was during his second missionary journey that a vision led to him crossing into modern Europe. Arriving in Philippi, Paul and Silas quickly got into trouble through delivering a slave girl possessed of an evil spirit of fortune-telling. While the girl was no doubt pleased, her owners were livid that their source of income had gone and soon stirred up a riot that led to Paul and Silas being flogged, thrown into jail and put into the stocks.

But rather than fall into self-pity, or waste endless hours asking "Why?" they began to praise God. And when they did, some amazing things happened. Right in the middle of their praying and singing, an earthquake struck the city, and the prison’s foundations shook so much that the doors burst open and the prisoners’ shackles broke free. Now, any normal prisoners would have taken the opportunity to escape; but not Paul and Silas – and not, it seems, the other prisoners who there in jail with him. Something strange was surely at work here! In fact, as we read the account in Acts 16, we see several things happening as the result of their praising: the non-Christian prisoners heard their witness; it released God’s hand to act, in quite an amazing way; it produced peace in them rather than panic (just think about it: an earthquake and nobody runs!); and ultimately, it brought the jailer’s whole family to faith in Jesus.

Rather than allowing himself to be troubled by "trouble," Paul went on the offensive and set himself to trouble the trouble through praise. If you are in the midst of trouble at this time, why not set your heart to do the same? It really does release God’s hand to do amazing things!

You are my hiding-place; you will protect me from trouble and surround me with songs of deliverance. (Psalm 32:7)

How Can We Have a Better Tomorrow?
Dr. Jack Graham
Follow Us
Grow Daily with Unlimited Content
Uninterrupted Ad-Free Experience
Watch a Christian or Family Movie Every Month for Free
Early and Exclusive Access to Christian Resources
Feel the Heart of Worship with Weekly Worship Radio
Become a Member
No Thanks