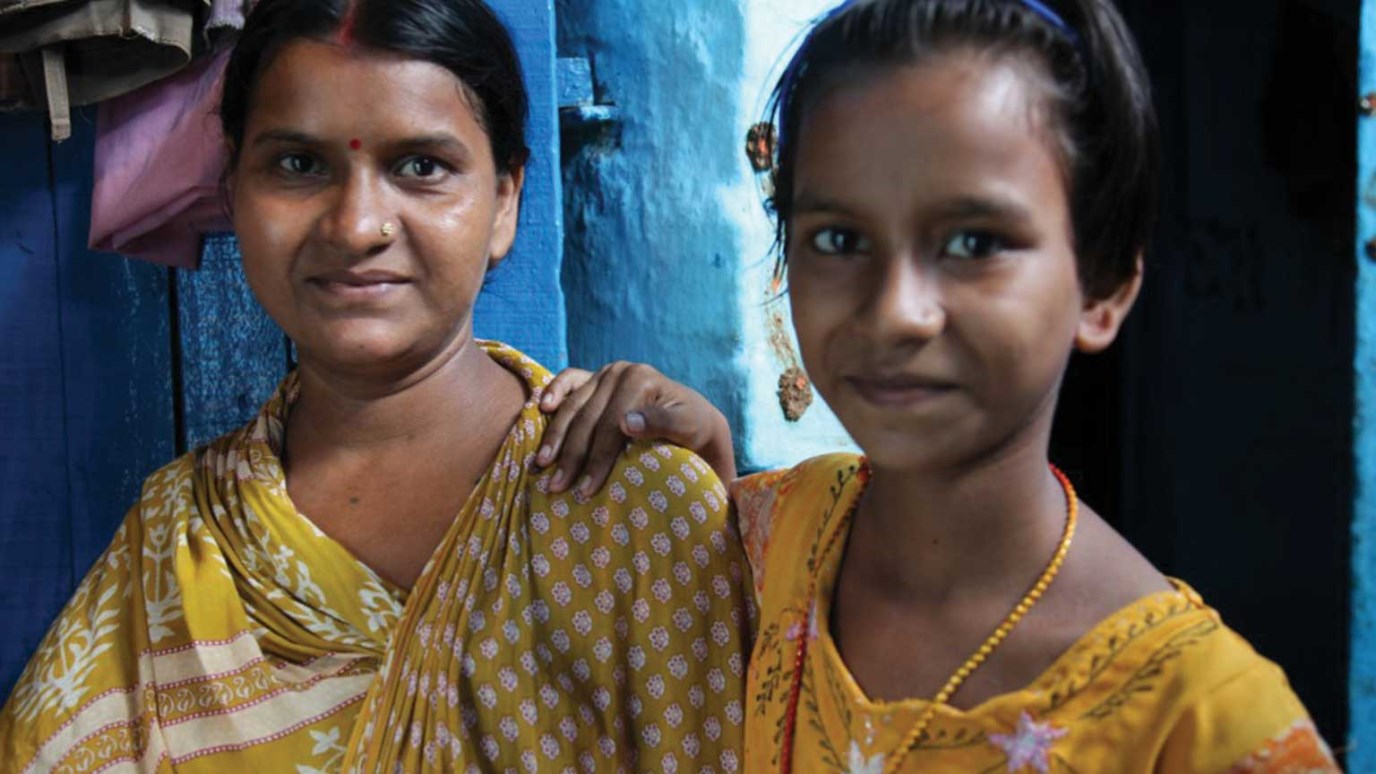 In India, 11-year-old Pooja, shown here with her mother, revels in the simple things: a day without chest pain, or the ability to play. As a young tuberculosis survivor, she knows she cannot take good health for granted.

TB is a harsh reality for millions of people around the globe and a critical issue in India where Pooja lives, which has one of the highest rates of TB in the world.

Globally, according to the World Health Organization, 9 million people contracted the disease in 2013 and 1.5 million died that year from it.

In recent years, India has also seen the alarming rise of multi-drug resistant TB, a strain of TB that resists treatment with proven, long-prescribed drugs.

Almost a year ago, Pooja, who lives with her parents in Patna, the capital city of Bihar state in northeast India, began complaining of chest pains.

The overcrowded slums and unhygienic surroundings where Pooja lives lead to the spread of a number of illnesses among children.

Her father, Sitaram Prasad, a day laborer whenever he can find work, took her to a local doctor, but the pain did not go away.

The staff of World Vision’s Patna office referred the family to another hospital for further tests. Following the results, Pooja was diagnosed with tuberculosis.

The right referral to a hospital for TB treatment makes a big difference in a child’s life. Many children have returned to normal health after completing the medication course for TB;

“Pooja does not have any pain in her chest now," says her mother, Gayatri Devi. “I’m really happy.”

Her daughter’s struggle with TB has made Gayathri a campaigner against TB. She’s joined a self-help group organized by World Vision’s Patna office.

“I tell others about TB,” she says. “When their children fall sick, I go and advise them to take them to the hospital.”