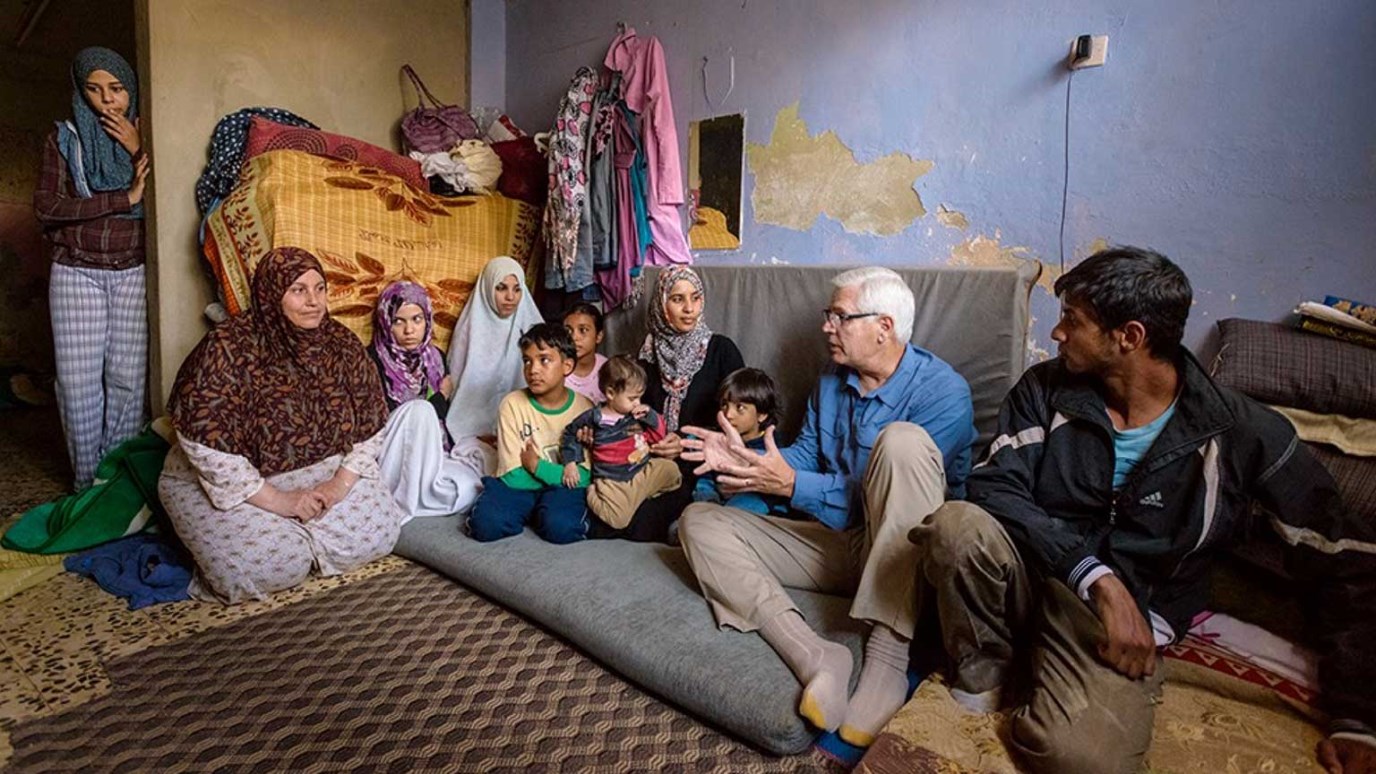 We won't fully understand the struggles of another person until we “walk a mile in their shoes."

We don't fully understand the struggles of another person until we “walk a mile in their shoes.” From Mark Twain’s The Prince and the Pauper to the movie “Trading Places,” these stories reflect the moral that we never fully appreciate someone’s life until we experience it ourselves.

In my travels with World Vision, I have not walked that mile in the shoes of someone in poverty. But I do get to meet people whose lives we struggle to fully fathom. Theirs are faraway stories geographically and culturally — out of sight and far beyond our everyday experience.

But imagine that tomorrow, you awoke to find yourself living in a Syrian refugee camp in Jordan, dealing with the trauma of a lost home, lost job, lost friends, lost family members — and lost life.

Or what if you awoke at 4 a.m. as an African woman, about to begin the first of three five-mile round-trip hikes to the water hole to gather filthy water for your family to drink?

Imagine your 12-year-old daughter awakened today in a Cambodian brothel, facing the specter of five to 10 clients that day; that your 10-year-old son awoke to work a 12-hour day in a brick factory instead of going to school, to help you pay off the loan shark who lent you money for your spouse’s medicine.

If any of us walked in those shoes for even 72 hours, we would never be the same. At least I hope we would not.

Psychological research has demonstrated time and again that something in our humanity allows us to objectify people and distance ourselves from them and their pain. A death in our family is a wrenching tragedy. A death somewhere in our community is sad, unfortunate. But a death 10,000 miles away is almost meaningless to us.

Do we believe somehow that God cares less about people who are different than us? Is he less concerned about children based on their zip code or nationality?

World Vision’s founder, Bob Pierce, prayed: “Let my heart be broken with the things that break the heart of God.” I believe he prayed that so God would give him the capacity to grieve over the death of a “throwaway” child in a faraway place.

Because that kind of compassion doesn’t come naturally to most of us, we have to pray unceasingly that God will give us a bit of his love, his heart. Otherwise we turn our backs on the poor and the brokenhearted.

But we do this at our own peril. For Jesus compels us to feed the hungry, clothe the naked, give water to the thirsty, care for the sick, and visit the imprisoned and oppressed. He told us that when we do these things for the least and the lost, it is as if we did them for him. Those who don’t will hear the words: “Depart from me you evildoers.”

Edward Tudor in The Prince and the Pauper eventually becomes king after experiencing lashings and imprisonment during his period in poverty. He remembers the injustice he faced as a pauper, and he sets about making things right.

As Christians we understand that once we were far away from God, not because he pushed us away, but because we pushed him away. But instead of putting us out of his sight and his mind, God traded places with us by going to the cross. We were saved by the One who traded places with us, the One who took our sin, our pain, and our sorrow upon himself and died that we might live. Is it too much to ask that we, in turn, demonstrate this same kind of amazing love to someone suffering 10,000 miles away?

He expects this, even commands this of us. Didn’t he die for them as well?