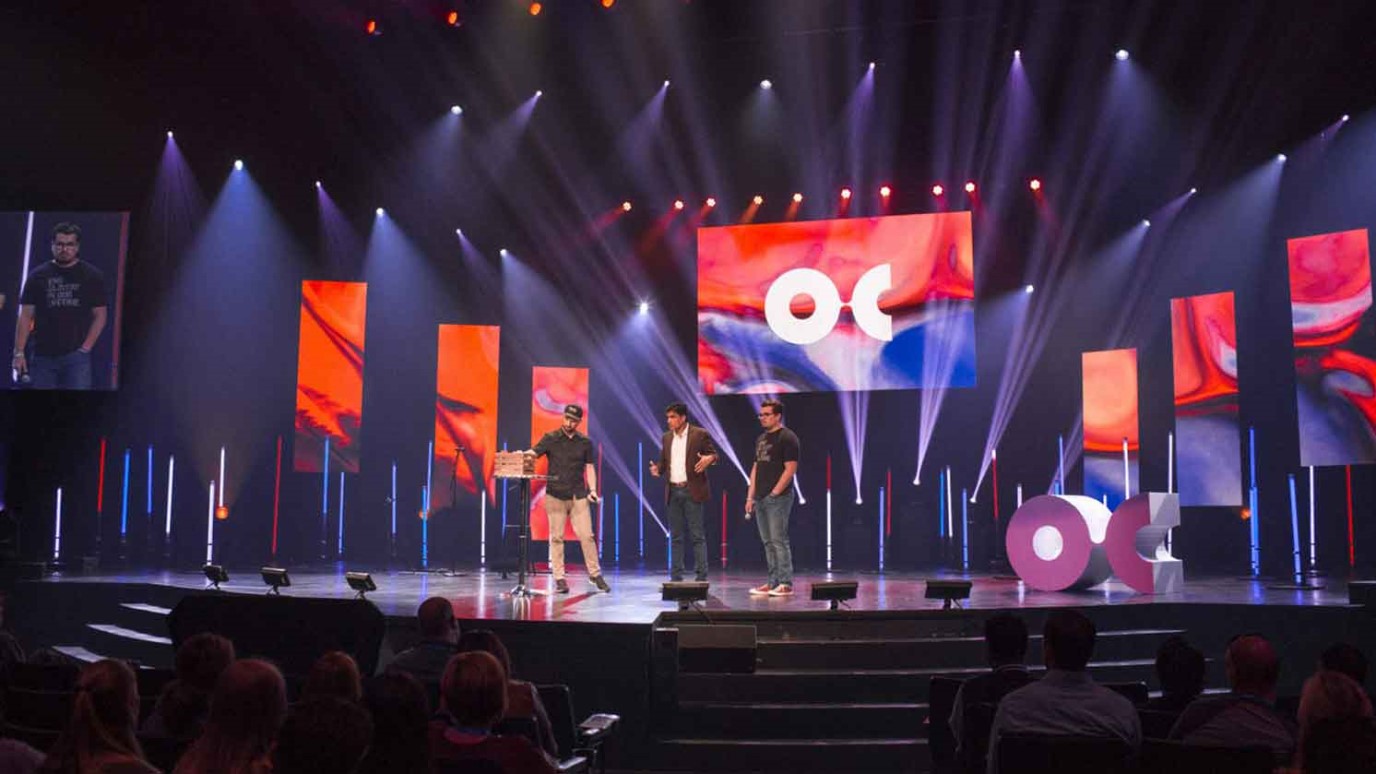 Michael's story is just one example of how IJM’s donors are expanding what it means to be an IJM partner.

At IJM, I receive a lot of calls from donors wanting to make donations or to update their giving accounts. My call with Michael was different. Our conversation covered his reasons for partnering with IJM, his passion for entrepreneurship and his heart for IJM’s work fighting cybersex trafficking in Southeast Asia.

Michael left me with an entire philosophy to unpack, and an impression of a donor joyfully drawn to IJM’s mission even when faced with our daunting goal to end global slavery.
It’s difficult for me, still, to connect to Michael’s background as a small business owner and entrepreneur. The closest I’ve come to starting a business was the brief idea of owning a book shack on some tropical beach. Since I’m writing this and answering phones for IJM, I clearly lack the follow-through. This is not the case for Michael, who speaks of his company with excitement and humility.

As an entrepreneur, Michael is chasing opportunity and the risks that come with it. The difference between Michael and other entrepreneurs is his desire to make things happen to affect positive change where opportunity allows. I struggle to imagine the challenge of starting one's own business let alone the feeling of needing to do more. That is exactly what Michael chose to do after learning about IJM at the OCEAN Conference in 2018.

OCEAN focuses on helping entrepreneurs explore how to be leaders of purpose and passion. An IJM speaker at the conference shared about IJM’s cause and the harsh realities of those caught in slavery face daily. Michael, like much of the audience, was ready to give and move on.

It wasn’t until the speaker showed SuperMaarko, a short film IJM produced to reveal the rampant crime of cybersex-trafficking in the Philippines, that Michael felt “totally wrecked in the best possible way.”

The issue of human trafficking was no longer a distant problem. It became inextricably tied to Michael’s work in the glow of Maarko’s story. Michael’s business, a service agency designed to help grow e-commerce businesses, had many employees in the Philippines. It suddenly became clear that the same technology that enabled his success also allowed children to be abused online. He needed to act.

That conference changed Michael’s entire perspective on what opportunity looked like for his start up. He knew he needed to act and started by donating a percentage of his profits and joining IJM as a Freedom Partner, our donors who give $24 or more a month. Still, he felt like he needed to be doing more.

Just a few weeks later, Michael attended a volunteer kickoff night in Cincinnati and applied to serve as an IJM volunteer leader. He joined the IJM Cincinnati Volunteer Team, became a Freedom Partner Coordinator, and started advocating on behalf of IJM and inviting others to give generously. He began to reimagine ways his business and IJM could partner together.

In 2019, he returned to the OCEAN conference. This time, he left the audience and stood on stage to share how others like him could embrace the opportunity to bring about justice. In just a year Michael went from knowing little about IJM to passionately sharing his experience.

His story is just one example of how IJM’s donors are expanding what it means to be an IJM partner. I’m inspired by all of our donors, but what an honor to be able to share Michael’s journey with IJM. What a joy to hear his reasons for supporting IJM and our mission to protect the poor from violence.

About the Author
Jared Umberger is an IJM Constituent Experience Representative and works to provide support for US donors. IJM’s mission to combat violence and exploitation in 18 communities around the world takes a network of staff, volunteers, donors and voices. It is truly the support of IJM’s donors and supporters that makes this work possible, and we celebrate the efforts of these champions of the mission.