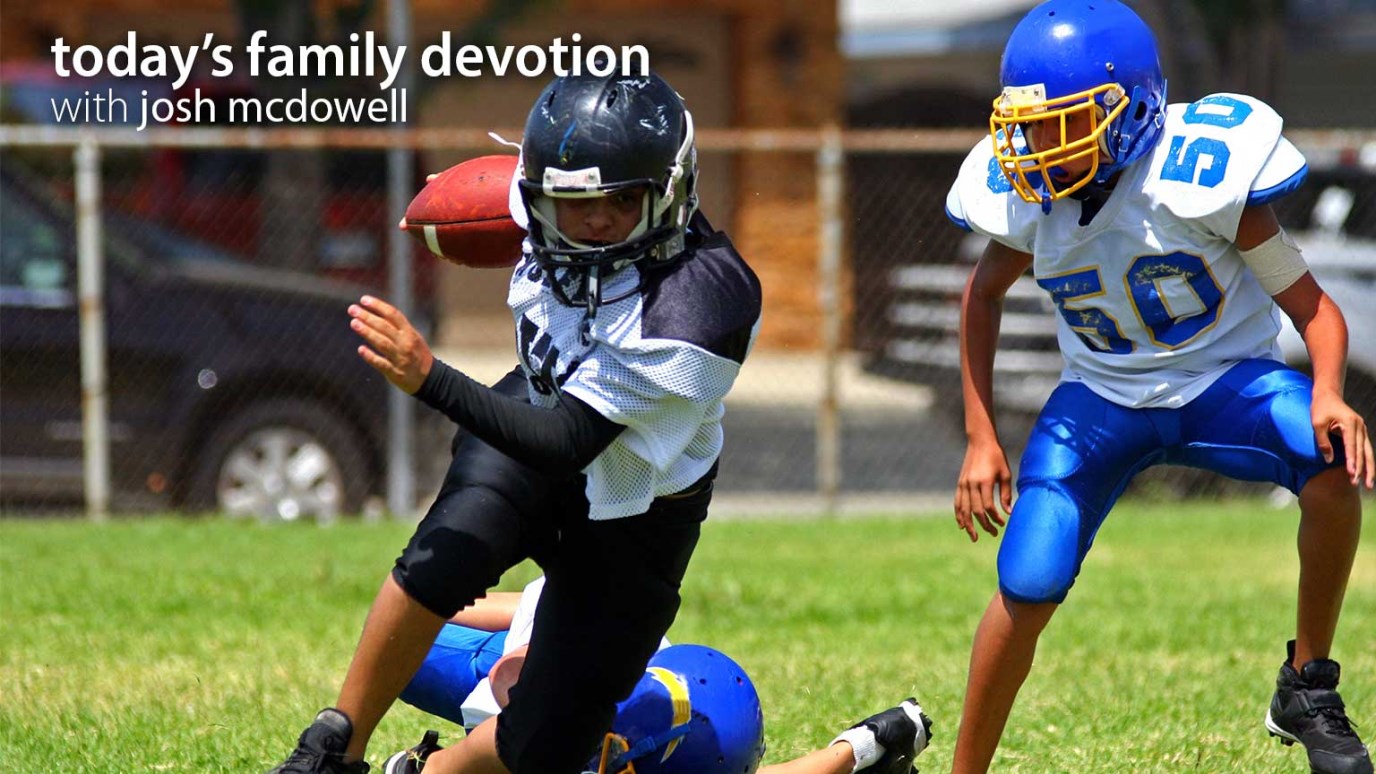 God’s commands aren’t intended to make us miserable-they’re intended for our well-being.

“I hate Coach Burns!” Tommy said as he met his parents at the car after football practice.

Tommy opened the car door and tossed his helmet onto the seat, then slumped down beside it. “Well,” he said, “I guess I don’t hate him, but I think he’s awful mean.”

“Because!” Tommy whined. “He does things just to make us miserable.”

“Like what?” Dad asked as he opened the passenger-side door for his wife.

“Like making us do ‘two-a-days,’” he answered, referring to the two daily practices the coach called on Saturdays in preparation for the regional championship game. Dad chuckled.

“You think he calls ‘two-a-days’ just to be mean?”

“I know you’re tired right now,” Dad said, “but I think you know better than that. Coach Burns probably has a hundred other things he could be doing, rather than spending almost all day Saturday listening to you and your teammates complain about how mean he is. You know he makes you practice hard so you can play better.”

Mom turned around in her seat to face Tommy. “Did you have fun this season?” she asked. Tommy nodded.

“Are you excited about going to the regional championships?” He nodded again.

“And are you having fun playing?”

“Then you should thank Coach Burns. If he didn’t demand your best effort, your season would have ended a couple of weeks ago.”

Tommy sat very still in the backseat and stared out the window. He hated it when his parents were right.

TO DISCUSS: Why do you think Tommy thought Coach Burns wanted to make him miserable? Do you think Tommy was right or wrong about Coach Burns? A lot of people think the same thing about God; they think he gave us commands in order to be mean or make us miserable. What does today’s Bible reading say about why God gave his commands to us? Are they intended to do us good or to do us harm? Should we be upset at God or thankful to him for giving his commands to us?

TO PRAY: “Lord, you know how easily we fall into complaining. Thank you for bearing with us and for reminding us that your commands are for our good.”

The Triumph of Mercy - A Family Devotional
Josh McDowell

At Odds with God
Dr. Michael Youssef
Follow Us
Grow Daily with Unlimited Content
Uninterrupted Ad-Free Experience
Watch a Christian or Family Movie Every Month for Free
Early and Exclusive Access to Christian Resources
Feel the Heart of Worship with Weekly Worship Radio
Become a Member
No Thanks