To Seek a Perfect Love 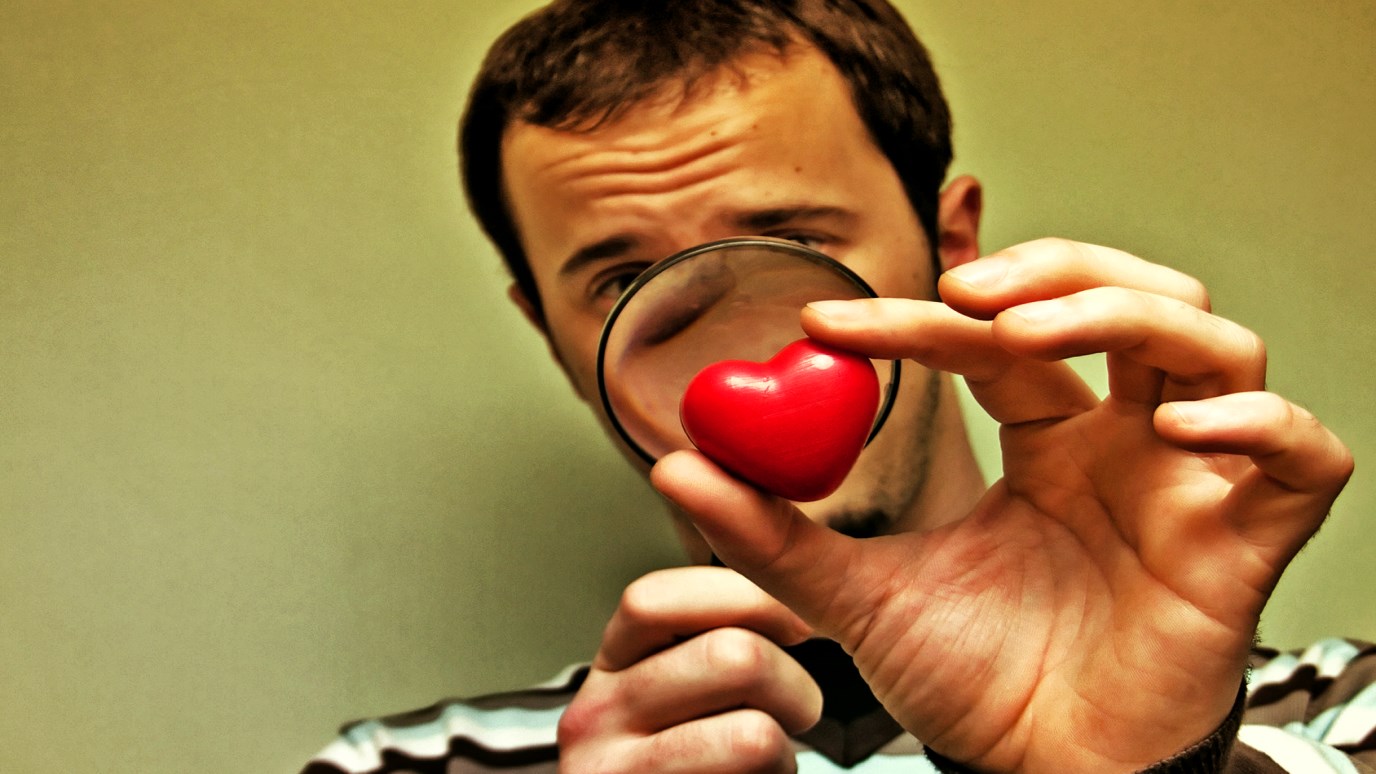 At the core of our efforts to share the gospel is something more fundamental than proving who’s right or wrong.

When Jim Daly, president of Focus on the Family since 2005, proposed to have coffee with a prominent homosexual activist, one of his Christian colleagues advised against the meeting, fearing the interaction would embarrass the ministry. “I understand where you’re coming from,” Daly said, “but I don’t think we have the authority to choose with whom we share the gospel.”

So Daly kept his appointment with the activist. The two engaged in a conversation about God’s design for marriage and talked to each other as respectfully as any new friends would. Toward the end of the meeting, Daly felt a nudge from the Holy Spirit. “God loves you as much as he loves me,” he said. “Do you know that?”

The activist was silent as he dropped his head, tears welling in his eyes. It was the first time a Christian had relayed the message that Christ loves him just as he is. “Sadly, we often fall into the trap of wanting to be right rather than wanting to love well,” Daly writes in his latest book, ReFocus. “[Love] starts with truly recognizing that those with different faiths or opposing views are not really our enemies,” he says. “They are fellow human beings, created in God’s image just like we are, and for that reason, they deserve respectful and dignified treatment.”

“I don’t think we have the authority to choose with whom we share the gospel.”

Genesis narrates a stunning creation account that depicts humanity as being made in God’s image. That means the image of God is carried by every man and woman—pastor, prostitute, accountant, designer, murderer, mother, homosexual, you. But if we truly believed that the likeness of God resided in everyone we encountered, how would we treat our neighbors (even the ones with whom we disagree)? “With the tongue we praise our Lord and Father, and with it we curse human beings, who have been made in God’s likeness,” James 3:9 says.

Daly’s book was released shortly before November’s presidential election. As a prominent leader in the global Christian community, he could have used it as a platform to advocate for his favorite candidate. He could have presented a compelling list of reasons to vote for any politician or party while cursing the candidate he liked least. But instead of rallying in support of an earthly flag, Daly implores Christians to emulate the eternal King. We learn from reading Scripture that Jesus of Nazareth was a perfect man.

Merriam-Webster defines the word “perfect” as “being entirely without fault or defect: flawless,” and “satisfying all requirements: accurate.” To understand the fullness of Christ’s perfection, we must see Him as both flawless and accurate. To say that Christ was perfect because He never participated in activities that severed His relationship with God the Father is true, but it’s a narrow view of perfection.

Many Christians in the contemporary church promote only the faultlessness of Jesus: He was never drunk, He didn’t gossip about Judas to the remaining disciples, engage in premarital sex, dance too provocatively, or rebel against His Father. He was sinless, after all.

While Christ’s faultlessness is a compelling reason to label Him perfect, it’s not the only reason. Jesus is perfect because His love is perfect. He who existed before creation, who abandoned His post in heaven to extend an invitation of life to all, and who will reign as King forever, is in a constant state of “satisfying all requirements” of love. In fact, Jesus’ entire ministry on earth was founded on demonstrating the love of the Father through tangible means. If we are truly seeking to live like Christ, shouldn’t our hearts be wrenched with love for the people He loves?

For over 2,000 years, God’s people have been tempted to make religion about a list of activities from which to refrain rather than living out the love God demands for perfection. “It’s interesting,” Daly said in an interview with In Touch. “If you look at early church history, the focus really was on the things we ought to do: rescuing babies from rivers (their form of infanticide), feeding and clothing the poor, caring for the widow and the orphan. These things can be defined as ‘orthopraxy’—the doing of the Word.”

In Matthew 25, Jesus shares a vision of heaven and the King of Glory sitting on His eternal throne. At the judgment, the risen Christ will say to His righteous ones, “For I was hungry and you gave me something to eat, I was thirsty and you gave me something to drink, I was a stranger and you invited me in, I needed clothes and you clothed me, I was sick and you looked after me, I was in prison and you came to visit me” (vv. 35-36).

The passage suggests that those who “do the word of God” by treating the thirsty, the foreigner, the poor, the sick, and the prisoner as though they bear God’s very image will “[inherit] the kingdom prepared for [them] since the creation of the world” (v. 34). It seems God places clear demands on the followers of Christ: like Jesus, we are called to foster loving relationships with people on the fringes of society.

Daly offers an encouraging reminder. “At this moment, somewhere in the world, a Christian is selflessly loving and ministering to someone in every disadvantaged or marginalized people group that exists: from the sick to the homeless to the poor to the disabled to the motherless and fatherless...” Let us consider how we, too, might become ambassadors of Christ’s perfect love.

It's Not Good to be Alone
Great Commandment

How to Meet the Need for Support
Great Commandment