To Flirt or Not to Flirt 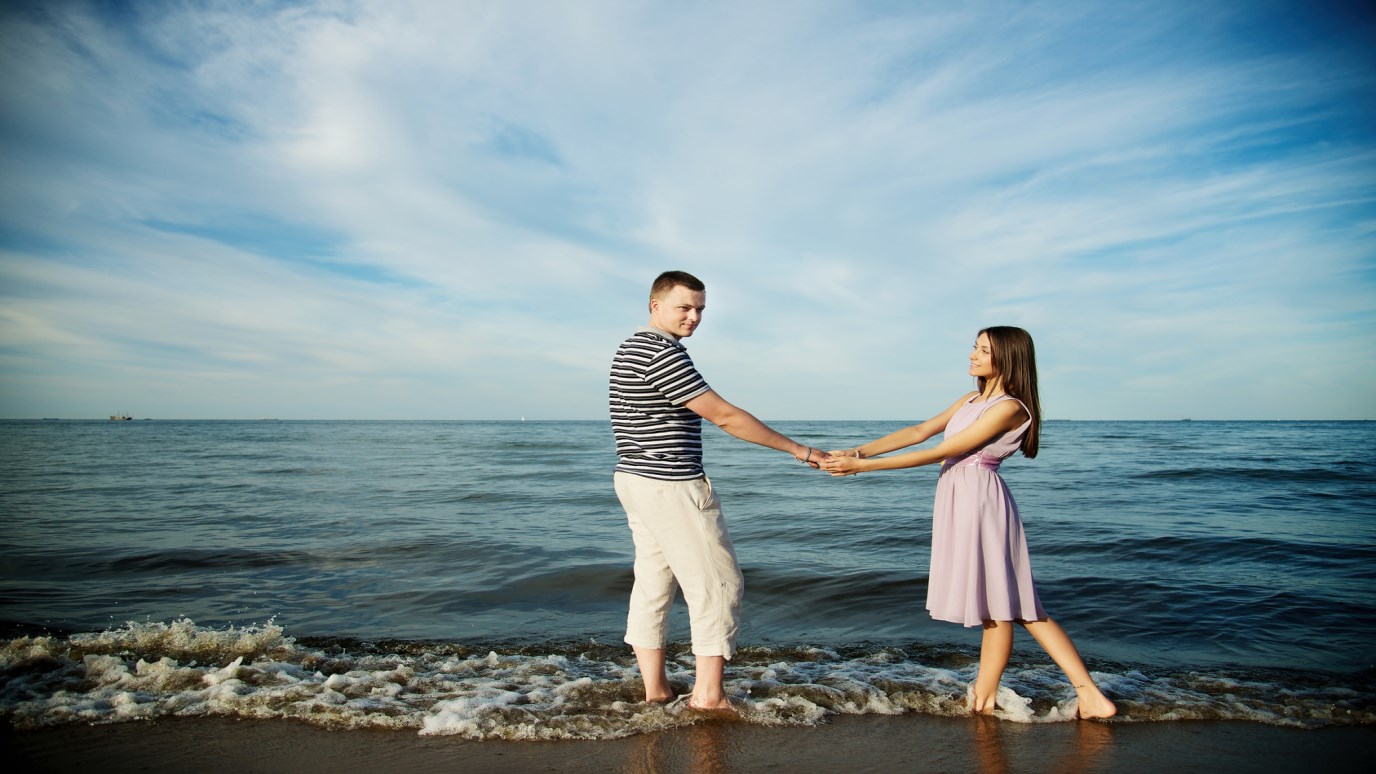 Seduction is ANY behavior that purposefully leads another person in the wrong direction.

The “look.” The tilt of the head. The flip of the hair. The sway of the hips. The deliberate caress of a curve. The cross of the legs. The leisurely forward lean. The titillating exposure of skin. The brush of the bottom lip. The cat-like stretch. The lingering touch…by the time a female reaches adulthood, she’s typically been well-versed in all the classic flirt moves.

Recently, I hit the street near the University of Notre Dame, and asked college-aged girls what they thought about flirting:

Is flirting really just a game? Everyone’s doing it! Our culture upholds it as innocent fun—even the five-year olds in the toddler beauty pageants are taught how to playfully writhe and pose in a seductive way.

More than Just a Game

The Sage Father warns his son about women who try to capture guys with their “eyelashes”—that is, with their flirtatious, coy glances. (Prov. 6:25) And in Isaiah, the Lord soundly rebukes His daughters for their provocative body language—outstretched necks, wanton looks, wiggling hips, and mincing feet. (Isa. 3:16)

What’s the big deal? What’s the problem with flirting and showing off your womanly wares? You might defend your flirtatious behavior by claiming that you don’t intend to seduce a man to have sex—you’re just playing and are not really serious. But suggestive body language implies or hints at something improper. A woman who gives any man (other than her husband) a “come-and-get-me” look is in effect telling a lie. She is thumbing her nose at God by hinting that illicit sex is desirable and exciting. She is sinning by willfully enticing a man’s thoughts away from the path of virtue. Body language that implies or hints at a wrongful sexual act is just as offensive to God as performing that sexual act.

Not Even a Hint

The Bible’s perspective on the sin of sensuality includes more than just the type of seduction that leads to illicit sex. Seduction is ANY behavior that purposefully leads another person in the wrong direction. It’s any behavior that falsely hints that evil is desirable or exciting. It’s any behavior that entices someone to think about something improper. Even if she’s just playing, the woman who turns on her sexual charm clearly wants men to think that sex with her is an alluring idea. That’s seduction. And that’s sin.

The disciples were aghast at the seemingly impossible standards Christ upheld. Jesus told the guys that looking at a woman lustfully was just as sinful as having sex with her. So I’m sure He’d tell you that giving the look to the stranger across the room is just as sinful as jumping into bed with him.

There’s no getting around it. The woman who deliberately sends the invitation to look and think about sex is just as guilty as the man who accepts it.

But is ALL flirting wrong?

Body language is part of the romantic “dance” between a couple. The glances, the smiles, and the playful interaction are important elements that signal interest and move the relationship along. Nonverbal communication is an important part of all face-to-face interaction. Some psychologists say that it conveys fifty-five percent of the overall message. The point of paying attention to our body language is not to get rid of body language, but to make sure that what we say with our bodies is just as holy as what we say with our mouths.

What do you think?

Is the idea that women should be careful about flirting outdated and prudish?

How can you tell when your body language crosses the line from sending an “I’m interested in you” message to sending a “Wouldn’t it be fun to have sex with me?” message?

Do you agree or disagree that “the woman who deliberately sends the invitation to look and think about sex is just as guilty as the man who accepts it”?

Is flirting ever okay?