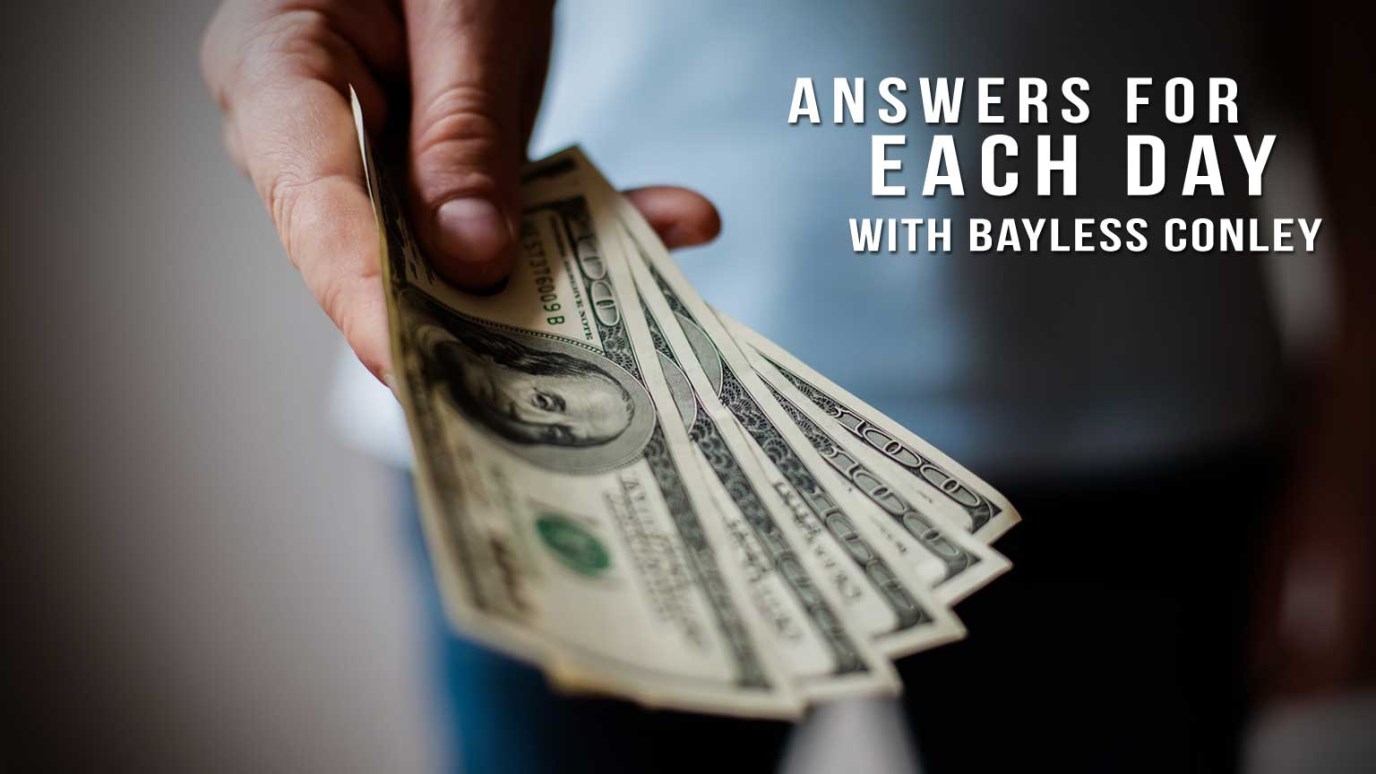 God can bless us no matter where we are if we will “try Him” and bring all the tithe into His storehouse.

“Bring all the tithes into the storehouse, that there may be food in My house, and try Me now in this,” says the LORD of hosts, “If I will not open for you the windows of heaven and pour out for you such blessing that there will not be room enough to receive it.  And I will rebuke the devourer for your sakes, so that he will not destroy the fruit of your ground, nor shall the vine fail to bear fruit for you in the field,” says the LORD of hosts.

Those are pretty amazing promises!  God says when we bring the first tenth to Him, He will open the windows of heaven and pour out a blessing we cannot contain.  He even invites us to test Him in this area!  (As far as I know there is no other place in the Bible where God does that.)

Years ago, in a small church in Mexico, a friend of mine was teaching on tithing.  A poor man in the church got angry and stormed out.  Later that day, he read the verses from Malachi again and decided to put God to the test.  “Could God fulfill His promise—even in my circumstance?” he thought.

That poor villager later testified—interrupting a service and demanding that tithing needed to be taught again—“because these people need it!”  He told how he had been blessed like never before since he started giving one-tenth of his earnings to the church.

God is not limited by the circumstances that surround us.  He can bless us no matter where we are if we will “try Him” and bring all the tithe into His storehouse.

What Does it Mean to Be a Star in God’s Kingdom?
Bayless Conley

How Can I Have a Confident Faith?
Bayless Conley
Follow Us
Grow Daily with Unlimited Content
Uninterrupted Ad-Free Experience
Watch a Christian or Family Movie Every Month for Free
Early and Exclusive Access to Christian Resources
Feel the Heart of Worship with Weekly Worship Radio
Become a Member
No Thanks