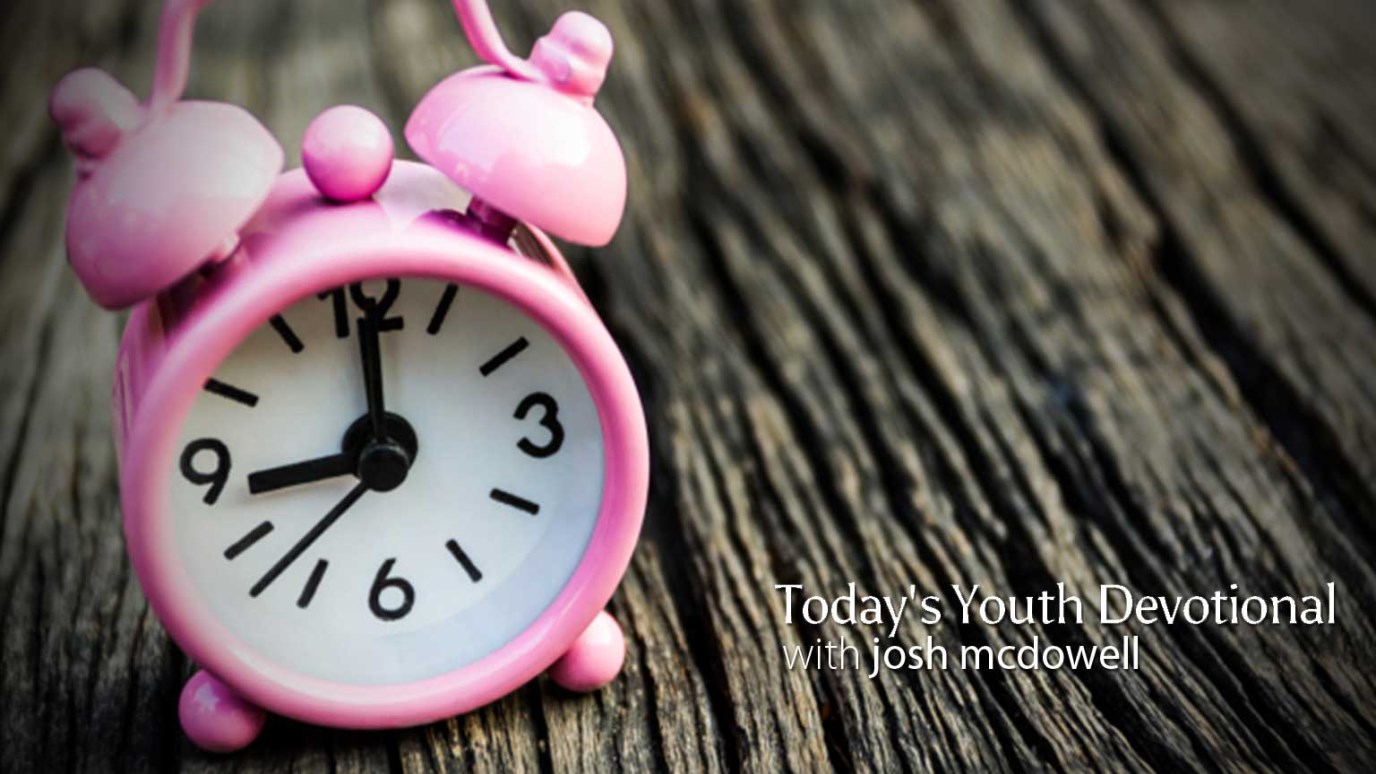 Since you can’t peek at God’s giant calendar in the sky to know when your time is up, now is the time to start living the way He wants you to live.

Another reason for right living is that you know how late it is; time is running out. Romans 13:11

When Brother Frederick stepped out of the log cabin, he was carrying a loaded musket. Brother William was shocked because their church didn’t believe in weap­ons, war, or killing animals. As they started into the woods, William said, “Brother Frederick, I see that you have a musket with you today.”

William stopped his traveling companion and turned to face him. “Brother Fred­erick,” he said sternly, “don’t you realize that when your time is up, the Good Lord is going to take you whether you have a musket to defend yourself against the wolves or not?”

“Yes, I realize that, Brother.”

“Then why are you carrying a musket today?” William pressed.

Frederick smiled. “Just in case I meet a wolf whose time is up.”

You probably don’t want to think about it, but some day your stroll on planet Earth will stop. You might buckle up in the car religiously, avoid dancing on downed power lines, and just say no to all invitations to run with the bulls in Pamplona. You may do a zillion things to prolong your life, but you can’t keep it from ending. Un­less Christ comes back first, someday someone will write a nice little bitty blurb in the newspaper telling everybody what a wonderful person you were. That’s were, not are, because you’ll be gone. Like it or not, the clock is ticking. The days of your life are slipping away.

And since you can’t peek at God’s giant calendar in the sky, you don’t know when your time will be up. It could be eighty years from now, eighty days from now, or eighty minutes from now. All you can say is what Paul said: “Time is running out.” There’s no time to waste. Now is the time to start living the way he wants you to live in front of your friends. They need to see Christ alive in your life. How come? Time is running out for them too.

The sinless Son of God became incarnate to live the light before us. Let him be­come incarnate in you so you can show others what he looks like—for however.

PRAY: Ask God to live through you and help you use your time wisely.

Does Jesus Have Your Attention?
Brandon A. Cox

Those Who Knew Him Best
Josh McDowell

The Hardest Thing About Being 15
Revive Our Hearts