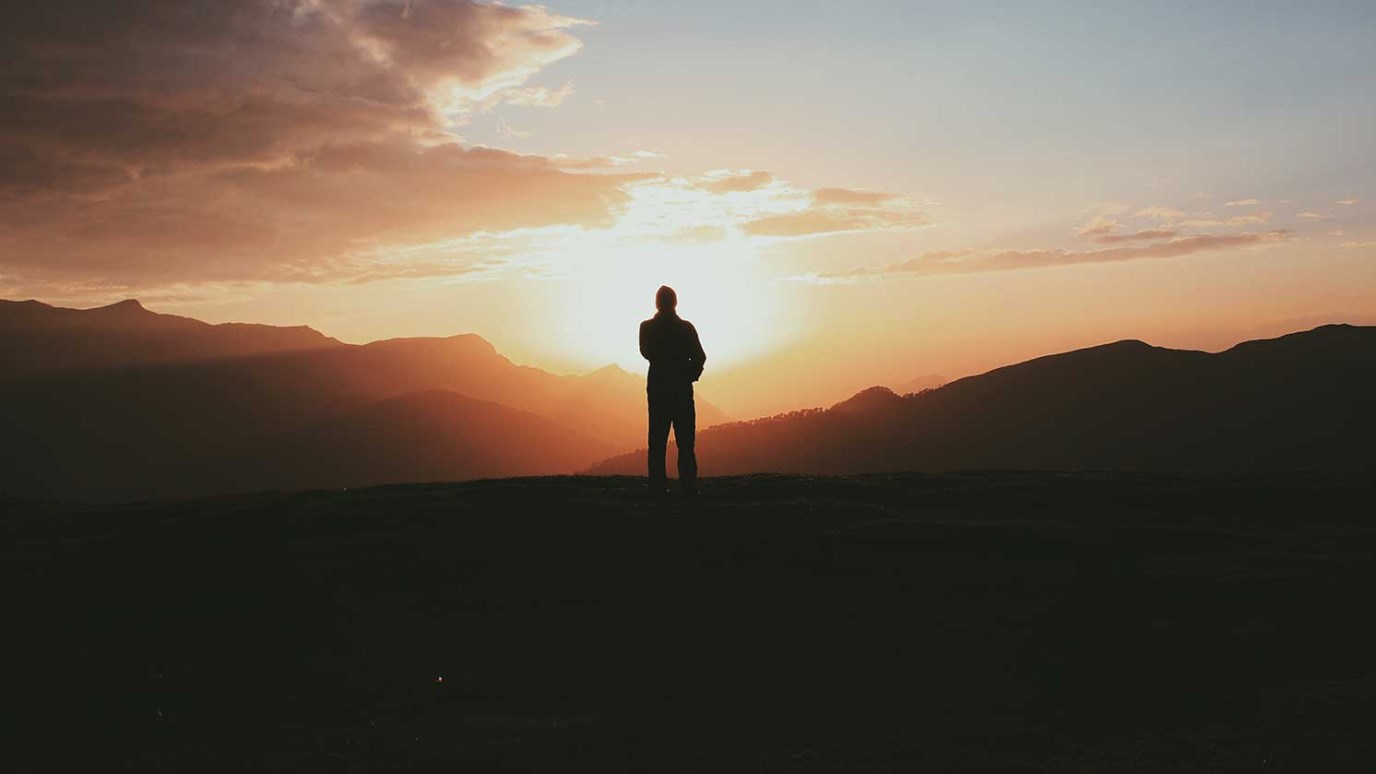 The point is, it’s not who you are that’s important in this life; it’s Whose you are.

When you think of people who have lived a meaningful life and made a difference, who comes to mind?

Maybe you think of world changers like Mother Teresa, Martin Luther King Jr., Abraham Lincoln, Albert Einstein or Bill Gates. Depending on your perception and lens of what is important, you’ll likely be able to think of a number of people you would define as “world changers,” or those whose lives have mattered.

We often view these people as “heroes,” whether we’d call them that or not. These people have done things that we admire and look up to. They’re everything we want to be — important, noteworthy and significant. They’ve done something with their lives.

But God doesn’t view people the way we do, through a lens only of what they have or haven’t accomplished. He views them as they can be, through his might and power. He views them through his own reflection, as the living (although marred) mirror of him that we are. Because to God, we have unlimited potential — through him.

Let’s take a look at some unlikely characters that God used for his glory, even though they might have been the last pick we’d make for our dodgeball team. And maybe once you begin to look at these people the way God saw them, flaws and all, you’ll see that he can use you in significant ways too.

Sarah was 90 years old when she gave birth to her one and only son, Isaac. Ninety years old! Back in Bible times, a major factor in the significance and purpose of a woman was her ability to provide an heir to her husband to continue the family line. But for all those years, Sarah had been barren. Finally, when it seemed like all hope was lost, when she should have been watching her great-grandchildren run around her, God made Abraham a promise: He would become the father of a great nation — through Sarah. She even laughed when she overheard the angel of the Lord promise Abraham this! Yet despite her doubt and her old age, God chose to use Sarah to be the mother of Isaac. And with the birth of her son, God began to fulfill his promise to Abraham that his descendants would outnumber the grains of sand on the seashore or the stars in the night sky. (You can read the full story of God’s promise to Abraham and Sarah in Genesis 17:15-18:15.)

Moses was fearful and a poor speaker (he even had a speech impediment!) and yet God still decided to use him to free the Israelite slaves from their Egyptian masters. Moses tried excuse after excuse to talk God out of sending him as his spokesperson to Pharaoh, but for every excuse, God had an answer. He was going to use Moses to accomplish his will — imperfections, impediments, and all. And ultimately he did, even though Moses was weak and broken and even disobeyed God at times. (You can read the full story of Moses’ recruitment in Exodus 3:1-4:17.)

Gideon was from the tribe of Manasseh (the weakest of the 12 tribes of Israel) and he was the least important person in his family — he said so himself! He seemed like a strange choice to help rescue Israel from the Midianites, and he even questioned God several times on it. Still doubtful that he was the right choice and that God would actually help him, Gideon asked for a couple of signs. It took quite a bit of work to convince him, but with every sign God gave, he once again proved that Gideon was his choice — even though it meant a nerve-wracking step of faith for Gideon as God reduced his army to a mere 300 men! (You can read the full story of Gideon’s encounter with God and his time as Israel’s judge in Judges 6-8.)

All of these people were chosen by God for his glory, whether they felt equipped, adequate and sufficient or not. The point is, it’s not who you are that’s important in this life; it’s whose you are. And if you’re willing to step out and obey God, even when it seems scary, he’s going to help you find that significance and purpose you so desperately crave. After all, he created you with that desire as a way of pointing you back to him as the source of all that you need! As you can see, God doesn’t choose us based on what we do or even who we are; he chooses us for his glory.

Everyone Submits to Someone
Nancy DeMoss Wolgemuth

How Do You React to God?
Chuck F. Betters

How am I Supposed to Find a Spouse? Genesis 24:1-27
J.D. Greear
Follow Us
Grow Daily with Unlimited Content
Uninterrupted Ad-Free Experience
Watch a Christian or Family Movie Every Month for Free
Early and Exclusive Access to Christian Resources
Feel the Heart of Worship with Weekly Worship Radio
Become a Member
No Thanks