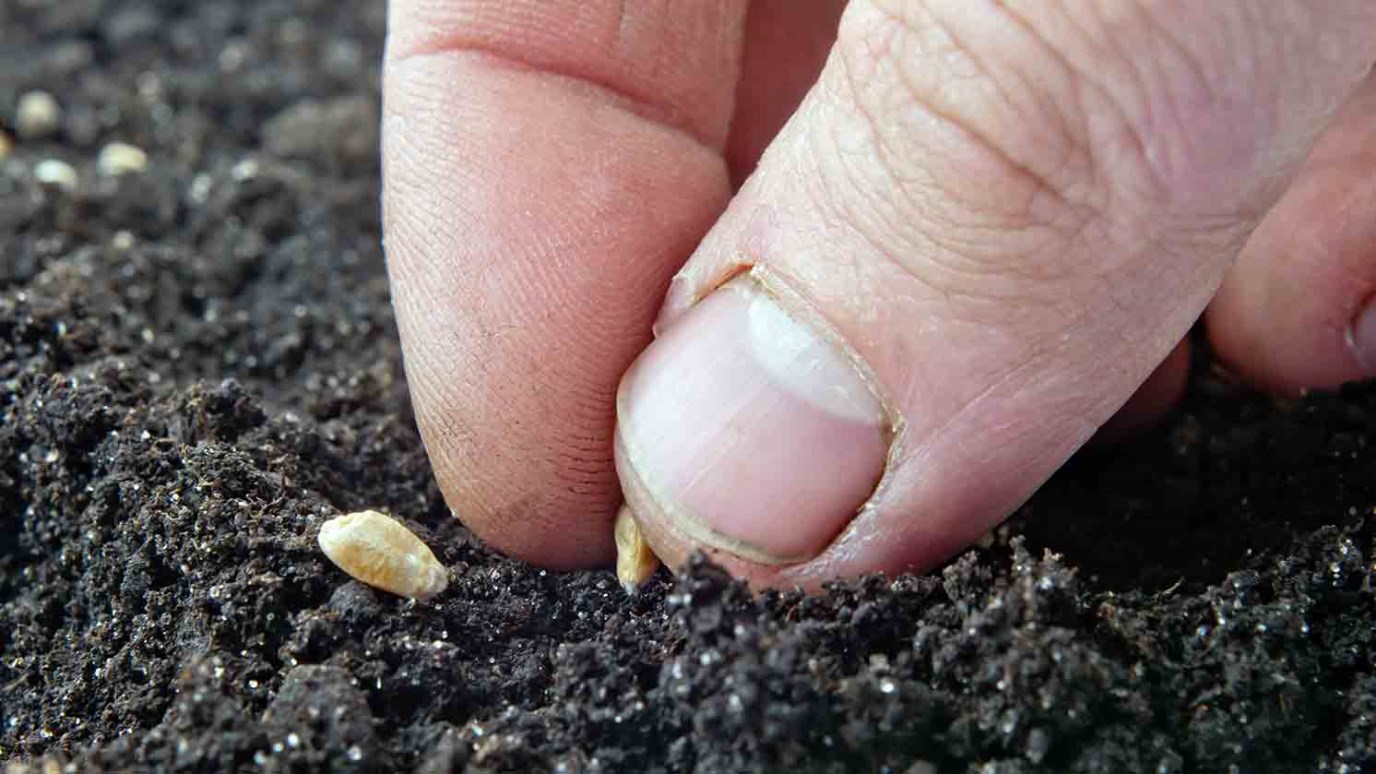 You always get more when you sow God's way, but it's up to us to take the first step. That starts with being faithful in planting the first seed.

The kingdom of God is as if a man should scatter seed on the ground, and should sleep by night and rise by day, and the seed should sprout and grow, he himself does not know how. For the earth yields crops by itself: first the blade, then the head, after that the full grain in the head. But when the grain ripens, immediately he puts in the sickle, because the harvest has come. -- Mark 4:26-29

There are three fundamental principles relating to seed that I want to tell you about.

I'm sure you've heard this phrase before. It's a common saying because it's a self-evident truth. For example, if you sow corn, you reap corn; if you sow wheat, you reap wheat; and if, as Paul suggests, you sow money, you reap money. It's a law that was established at the creation of the world, which we read in Genesis 1:11-12:

However, as glaringly obvious as this principle sounds, you'd be surprised how many times I've observed people expecting things to work some other way in their case. Can you imagine a farmer standing in a field in which he has sown wheat seeds and being frustrated because corn is not appearing? That would be foolishness. But that is precisely what so many believers do. They expect a harvest of something they've never planted. Let me emphasize once again, this is not a holy get-rich-quick scheme. We don't sow for the purpose of getting more money; however, financial growth is a by-product of bountiful sowing.

This is the second principle you need to know. Once again, I know that seems mind-numbingly simple but you cannot believe how many people say things like, "Someday, when I have more money, I'm going to be a giver." It will never happen. You can't reap before you sow. Once again, this is a principle God has woven into the natural order of things. Jesus affirms this in today's Scripture when He says, "The kingdom of God is as if a man should scatter seed on the ground, and should sleep by night and rise by day, and the seed should sprout and grow."

Imagine the same foolish farmer I mentioned earlier now standing in the field waiting for a crop to come in when he has never planted a seed. "Once this crop comes up, I'm going to do some serious sowing," he says confidently. "I'll be a big-time sower if I ever get this crop to come in." Of course, this is absurd. Yet I have heard many believers say pretty much the same thing, such as, "If God will help me close this major business deal, I'm really going to start giving to the church." It's the one who is faithful with little who will receive much. You have to start where you are.

3. You reap more than you sow.

The essence of this principle can be found in Psalm 126:5-6, which says, "Those who sow in tears shall reap in joy. He who continually goes forth weeping, bearing seed for sowing, shall doubtless come again with rejoicing, bringing his sheaves with him." As this passage implies, the principle of harvest increase is so powerful that, even if you're crying as you scatter your little bag of precious seed, your tears will turn to rejoicing as you begin bringing in your sheaves of harvest.

Think about it—just a few kernels of planted corn will produce a stalk with several ears. And each ear will contain hundreds of seed kernels (approximately 400 kernels). That's a pretty good return, isn't it?

Lord, thank You for creating these seed principles. In Your kingdom, one small seed produces more than I can imagine, so help me to bountifully sow good seed. In Jesus’ name, Amen.