This Image Keeps Us Fighting Against Slavery 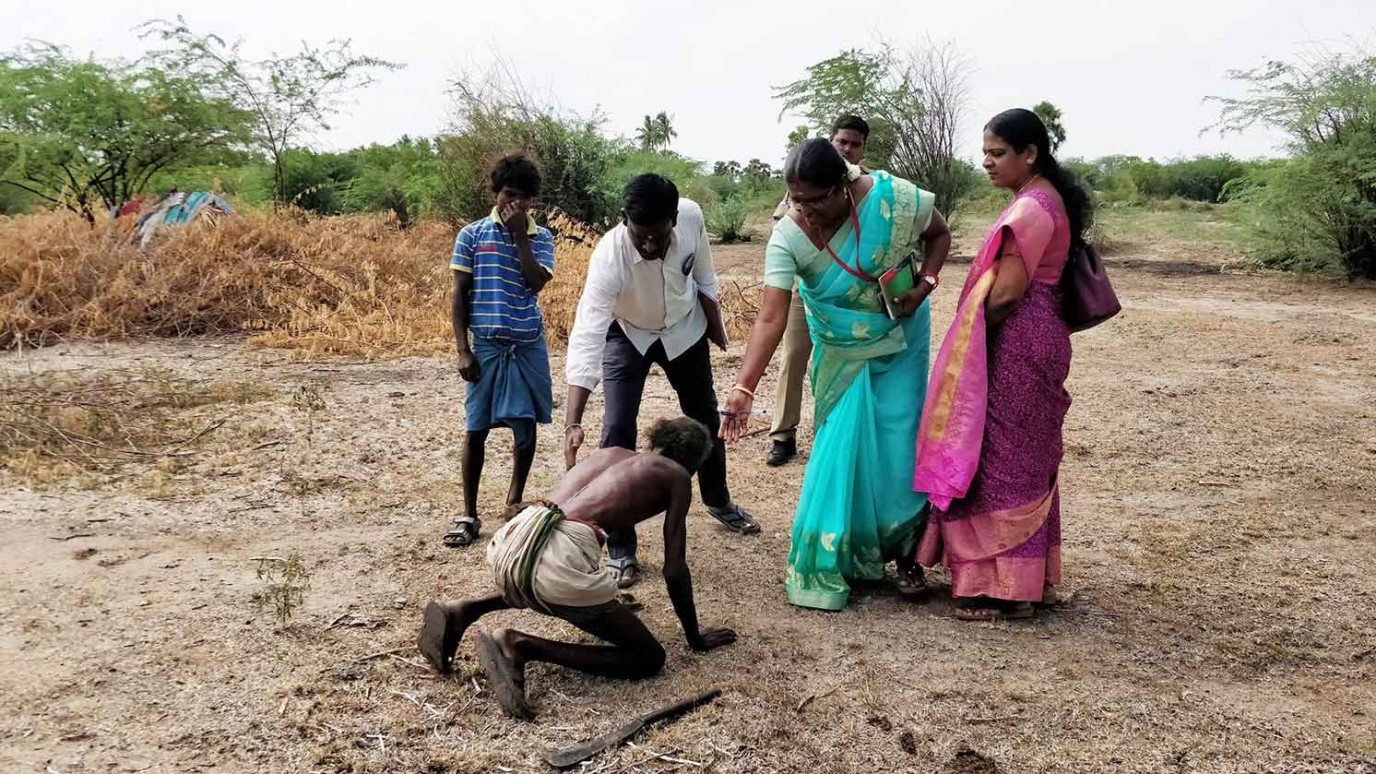 An elderly man’s moment of desperation catalyzed rescue for 42 people.

Kasi knew this was his one shot. As the sun streaked his bare back, the 70-year-old knelt desperately on the dusty ground and pleaded with officials for his family’s freedom. For relief from the years of a relentless slave owner’s control.

Seeing Kasi’s humble moment catalyzed local officials to rescue him and 41 other people from two wood-cutting units last week. The survivors are now on the road to getting the safety and dignity they truly deserve.

Kasi’s image has also awakened thousands more to the reality of modern slavery around the world—and his passion has fueled us to keep up the fight against it.

Being enslaved at a wood-cutting unit often means being treated less than human.

Men, women and children are dropped off in rural fields and forced to hack away at trees, shrubs and thorn bushes so the wood can be sold. When their dull tools fail, they use their bare hands and bodies. When the job is done, they snatch a few hours of sleep under the stars before the slave owner moves them to another isolated worksite to begin again.

In this case, a powerful man and his son-in-law kept these 13 impoverished families trapped with violence and by manipulating loans they had taken. Debts as small as $15 trapped laborers like Kasi for up to 15 years.

Every day, the families faced unspeakable cruelty and deprivation—from racist verbal tirades, to physical beatings for working too slowly, to starvation and dehydration as punishment. The 16 children never went to school. Two weeks ago, a woman had to give birth to her baby girl in an open field.

“It was as if we were living in hell all these years,” one woman later shared. “We didn’t dare try to escape. If we did, they might catch our relatives and force them to work. They have people everywhere.”

An IJM staff member described, “There were no physical boundaries or walls that stopped the victims from leaving the worksite. It was the powerful hold of fear.”

The families’ terror was discovered by the local Released Bonded Laborers’ Association (RBLA), a network of survivors dedicated to ending slavery in their community.

On Wednesday, July 10, IJM supported government officials and RBLA leaders on two simultaneous rescue operations at the rural fields where the enslaved families were held.

“As soon as the district officials entered the worksite, the people flocked to them,” remembers one IJM staff member. “This was their first ray of hope, but instead of smiles, I saw fear in their faces…From the youngest to the oldest, every palm was marred with scars and bruises from cutting trees and removing thorns.”

Authorities reassured the victims they would be safe and brought all 42 to freedom at a government office, where they got warm meals as they shared their harrowing testimonies.

Kasi and the other survivors worried that speaking up would lead to more violence from the owner. But an RBLA leader named Kalpana—who was liberated by IJM in 2013—encouraged them, saying, “You must not be afraid of the owner. The owner must be afraid of you. Walk with your head held up high.”

From there, the families bravely shared the truth of their captivity and laid a powerful case against the suspected slave owners. At last, they were free.

Keeping Up the Fight

The rescued families are now recovering back in their native villages, but the fight for justice is still ongoing.

IJM and our partners are still advocating for the families to get Release Certificates, which will break their false debts and help them secure government protections. Fifteen laborers now have these certificates, but many more are still waiting.

We are also working with local authorities to ensure the two suspected slave owners are arrested and held accountable under Indian law for their years of abuse.

Even broader, the image of Kasi’s powerful plea for freedom has also been shared rapidly—even as front-page news in The Times of India—and has ignited critical conversations on the existence of modern slavery.

At IJM, we look forward to staying in this fight and standing up for others like Kasi—for those who desperately need an intervention—until all are free.

You can be part of this movement by joining us as a Freedom Partner. It means keeping us ready to rescue victims like Kasi when they need us, and allowing us to reliably walk with survivors like Kalpana until they are strong enough to lead on their own.