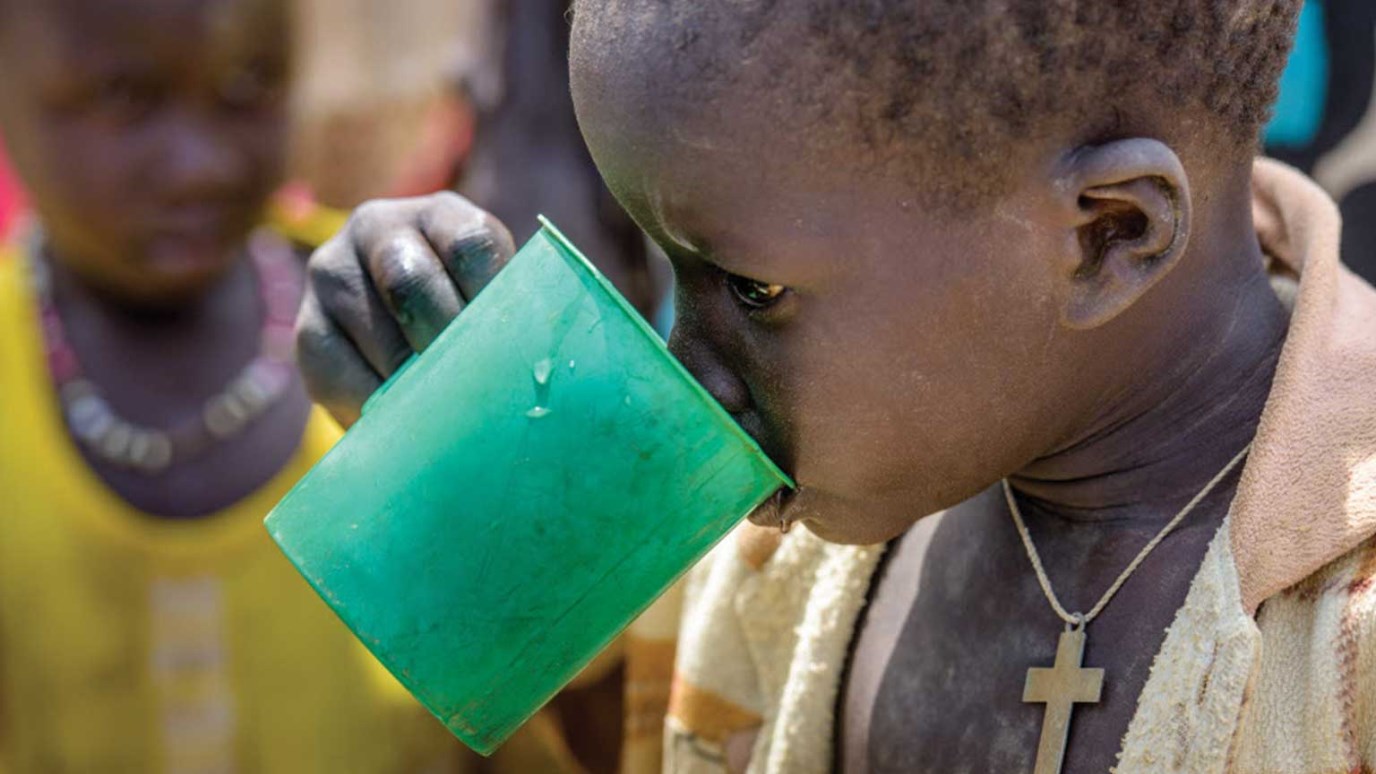 A thirsty boy drinks clean water from a World Vision borehole in a camp for displaced persons in Warrap State, South Sudan.

World Vision works in camps like this one, rehabbing or sinking boreholes, providing water, sanitation and hygiene, tracking families to reunite children with relatives, and providing reunification packages for families to help them take in children. Those packages include food, utensils, and school uniforms. They also train community watch groups to ensure all is going well with the reunited children.

The camp started in December 2013, after conflict in Unity State. There are 365 households living there.

A World Vision well went in during the summer of 2014.

“Before the borehole, there was one (well) that was far that we used to go to,” says Aluel Kon Chol, the water management committee chair.

“There was conflict. But mostly, we lined up until 10 at night. There are a lot of changes now. Children can bathe and have drinking water during this hot season.

Heading Back to School After the Oklahoma Tornadoes
World Vision

"We Were Left with No Choice but to Follow Her Instructions."
International Justice Mission
Follow Us
Grow Daily with Unlimited Content
Uninterrupted Ad-Free Experience
Watch a Christian or Family Movie Every Month for Free
Early and Exclusive Access to Christian Resources
Feel the Heart of Worship with Weekly Worship Radio
Become a Member
No Thanks