The Wrong Stuff - A Family Devotional 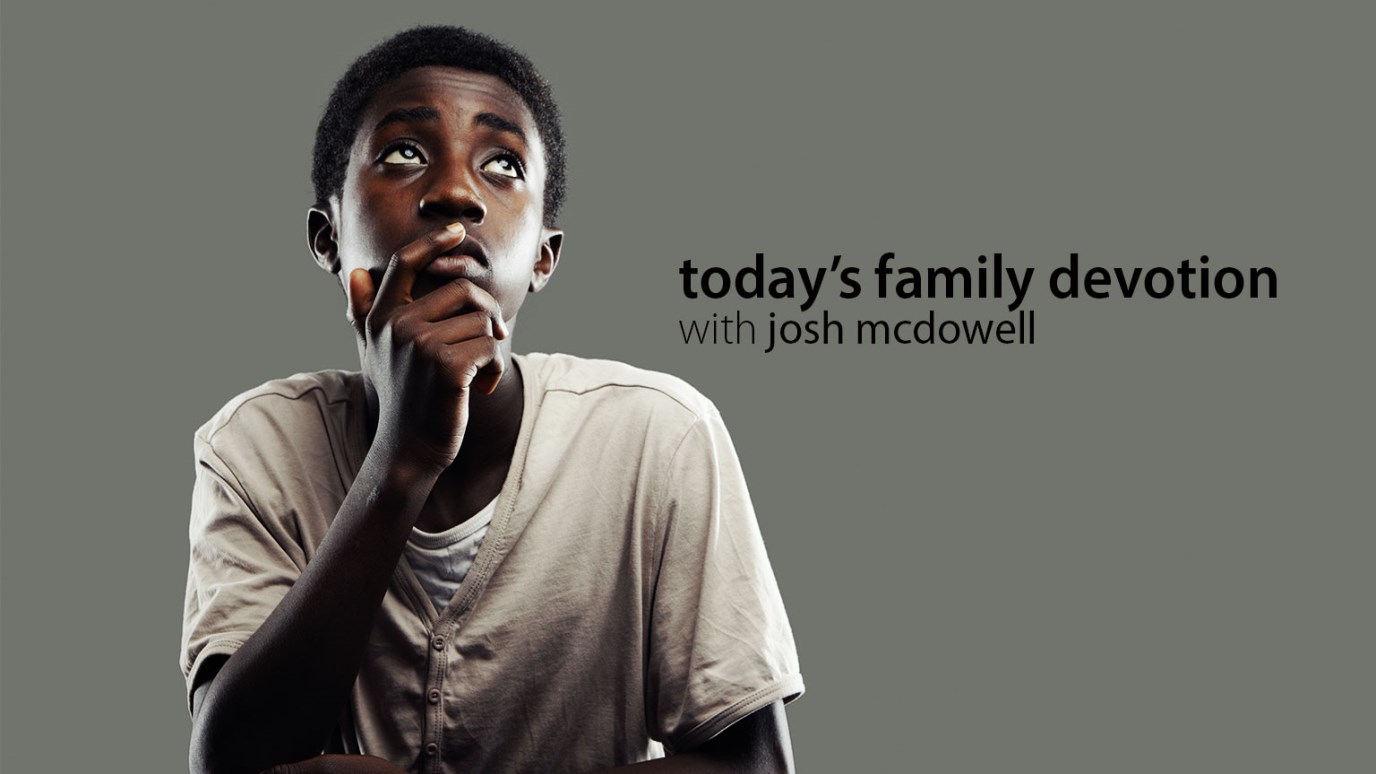 Josh McDowell offers an illustration to help understand how self-control relates to drinking.

Some things are wrong because they hinder self-control.

Verse of the Day: Therefore, prepare your minds for action; be self-controlled; set your hopefully on the grace to be given you when Jesus Christ is revealed (1 Peter 1:13, NIV).

“What’s the matter with you?” Brian asked.

Brian, Todd, and Mike sat around on the bed and chairs in Brian’s bedroom. Brian’s parents weren’t home, and he had invited his friends over for a little “fun.” Brian had just pulled a large bottle from behind the books on his bookcase. He had unscrewed the cap and offered it to his buddies. Todd had shaken his head.

“You didn’t say anything about drinking,” Todd said. He tried not to let his shock—and fear—show on his face.

“That’s not the point,” Todd said.

“Well then, what is the point?” Brian asked.

“Oh, don’t be such a nerd. There’s nothing wrong with having a little fun.” Brian looked from Todd’s face to Mike’s face. “I can’t believe you guys. Even Jesus drank a little wine, you know. So what’s wrong with this?” He pointed the bottle toward his friends again.

“Well, for one, if we have to sneak around and do it behind our parents’ backs, that should tell you something, shouldn't it?” Mike answered.

“And it’s not about that stuff,” Todd added. “It’s about self-control. Whether Jesus drank wine or not, the Bible says not to ‘be drunk with wine.’”

“How do you know?” Todd countered. “The only way to make sure—” “No, wait a minute,” Mike interrupted, sounding for the first time as though he agreed with Brian. “Brian’s got a point.” “What?” Todd said.

“Because we’re leaving,” Mike said. He left the room. Todd followed Mike out.

TO PRAY: “Lord, prepare our minds for action. Help us to be self-controlled.”