The Words and Their Setting 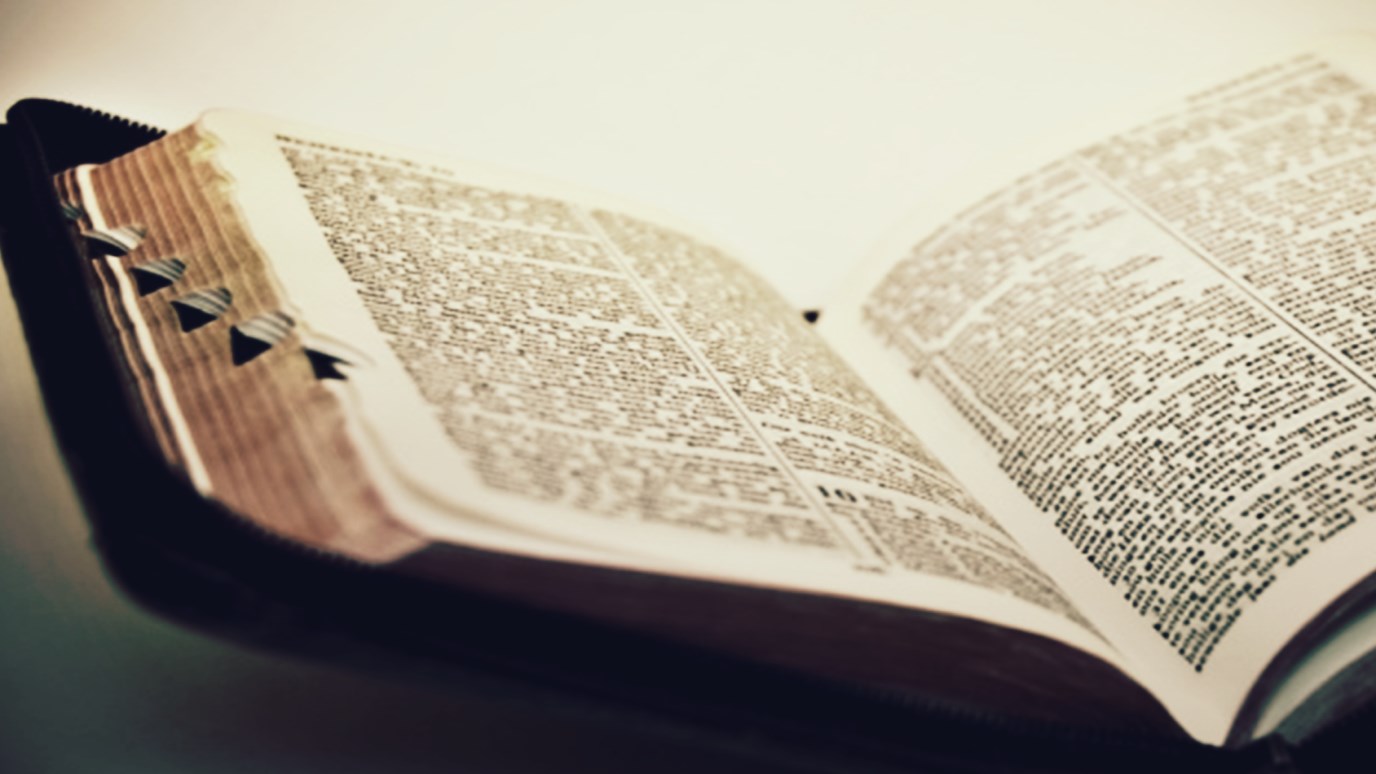 Stephen Mansfield shares how to properly read and study the Bible.

THE WORDS AND THEIR SETTING

I first began reading the Bible when I was 18 years old. I remember that what drew me were not only the words on the page but also the stories I sensed lurking behind those words. I had not grown up in a religious home and so I had no preconceptions about how to approach the Bible. I simply read it and as I did it became obvious to me that the “books” of the Bible—letters and mini-histories really—were addressed to people who lived long ago. To understand the meaning of the words in these books, I would need to understand what they first meant to the people living in the day they were written.

The New Testament seemed from the beginning like someone else’s mail. It still had meaning for me. In fact, it was filled with the most meaningful words I had ever read. Yet I constantly felt the need for the backstory, the history, and the context—all in order to understand what was being said. I came to see the Bible as a collection of literature from a broader, centuries-old story. I had to understand the words against their times in order to capture all the meaning that was intended.

The whole experience was something like venturing into my attic and discovering a packet of my great-great grandmother’s letters. To fully understand what she wrote, I would have to know something of her times, something of the events she lived through.

Let’s imagine that my great-great grandmother’s letters mention a “war,” an “enemy,” a “president,” a “plague,” the “many dead,” and the “rapid changes in our nation.” To know what these words mean—and, more specifically, their meaning for me—I would have to know the story they referred to.

It might be that by “the war” she meant the American Civil War. This would mean that—in the case of my southern ancestors—the enemy was the Union army, that the president was Lincoln and that the plague was a plague of abolitionist sentiment. It would place the letters somewhere around the years 1861 to 1865.

Or, the war might be World War I. If so, the enemy referred to would be Germany, the president would be Woodrow Wilson and the plague would be the influenza epidemic that killed tens of millions in 1918.

Clearly, in my great-great grandmother’s letters as in the Bible—and in all literature–the context defines the meaning. If I take the view that people who wanted to abolish slavery around the time of the American Civil War were a “plague” on the nation, then I could easily absorb racist attitudes and perhaps deep and defiling bitterness over the Confederacy’s defeat. Yet if the references to plague were meant to indicate the influenza epidemic and if my great-great grandmother mentioned this plague by way of urging someone to take care of their neighbors, then a completely different lesson surfaces.

It is very much the same with the Bible. Though I believe scripture is holy, timeless literature, there is also a human side to the Bible that requires the same type of historical questioning that I would use to understand that packet of letters in my attic.

This leaves us with what scholars like to call a “dynamic tension.” In order to understand the Bible as intended, we have to approach it both as divine literature and as literature arising from a human story. This shouldn’t surprise us. Christians must understand Jesus in exactly the same way: as both God and as having a human story. Even the name “Jesus Christ” reflects a union of the human and the divine. It is the truth at the core of the Christian faith. It is also the union at the heart of the Bible.

Unfortunately, most people take either one view of the Bible or the other. Either they approach the Bible as history alone or they approach it as revelation alone. The first gives us mere human thinking. The second gives us mystical ideas disconnected from life. Both extremes give us bad theology, flawed ethics, weak faith and, frankly, boredom.

I believe the Bible is a grand drama—a gritty, moving, horrifying, gloriously human drama. And, at the same time, I believe that drama is the vehicle by which God gives us his eternal truth. These two truths together are what make reading the Bible a journey into truth, into an almost overwhelming variety of human experience, and into the heart of what it means to be human.

The more I talk about this, the more people tell me how eager they are to read scripture with new eyes, to escape their flawed beliefs and to enter the stirring adventure that the biblical story is meant to be. In fact, I think we may be entering an era of fascination with the story of scripture that will surprise us. The young are hungry for raw meaning. Their parents are weary of religious novelties. Society as a whole is desperate for words that penetrate the soul and bring change. The Bible answers all of these needs, but only if we let it speak as it insists upon speaking: as divinely inspired human literature.

I’ve been thinking about these themes a great deal recently because I’ve just written a book called Killing Jesus. I’ve simply never had a writing experience that was more emotional, more difficult and more profoundly transforming than the one I had writing this book.

I believe that the death of Jesus is the most important event in history, but I also believe it cannot be understood fully from the pages of scripture alone. This is exactly what God intended. When a gospel writer says “they crucified him” or “they flogged him” or “they took him to the ‘place of the skull’,” we can’t know what they mean unless we get some information from that writer’s times and allow them to frame the words he wrote.

What comes from this process is what thrills me so much. Put a bit of history next to the words of scripture and it becomes an even greater revelation of God and his purposes. I revel in it, as I think you’ll see in the pages of Killing Jesus. I hope you’ll buy it, read it and let it lead you into new spiritual territory and into more meaningful battles in your spiritual quest.

Let me leave you with this final thought from the introduction of Killing Jesus.

The Bible reveals sacred truth but it does so through a less sacred-seeming drama—an often earthy, troubling, lewd, starkly human drama. We are not meant to be embarrassed or rush quickly by. We are meant to know the story against the stormy age in which it happened—with all the grimy details fully in view—and to accept it as part of the way God speaks. Blood, spit, wine, semen, sweat, and the off scouring of generations spill out onto the page. No apologies are offered. This is the thrashing human drama of God, not some dainty pious tale. This is the Bible!

Ask Pastor Lance: Fasting, Memorization, Beginners in the Bible
Lance Hahn
Follow Us
Grow Daily with Unlimited Content
Uninterrupted Ad-Free Experience
Watch a Christian or Family Movie Every Month for Free
Early and Exclusive Access to Christian Resources
Feel the Heart of Worship with Weekly Worship Radio
Become a Member
No Thanks