The Word Is Alive 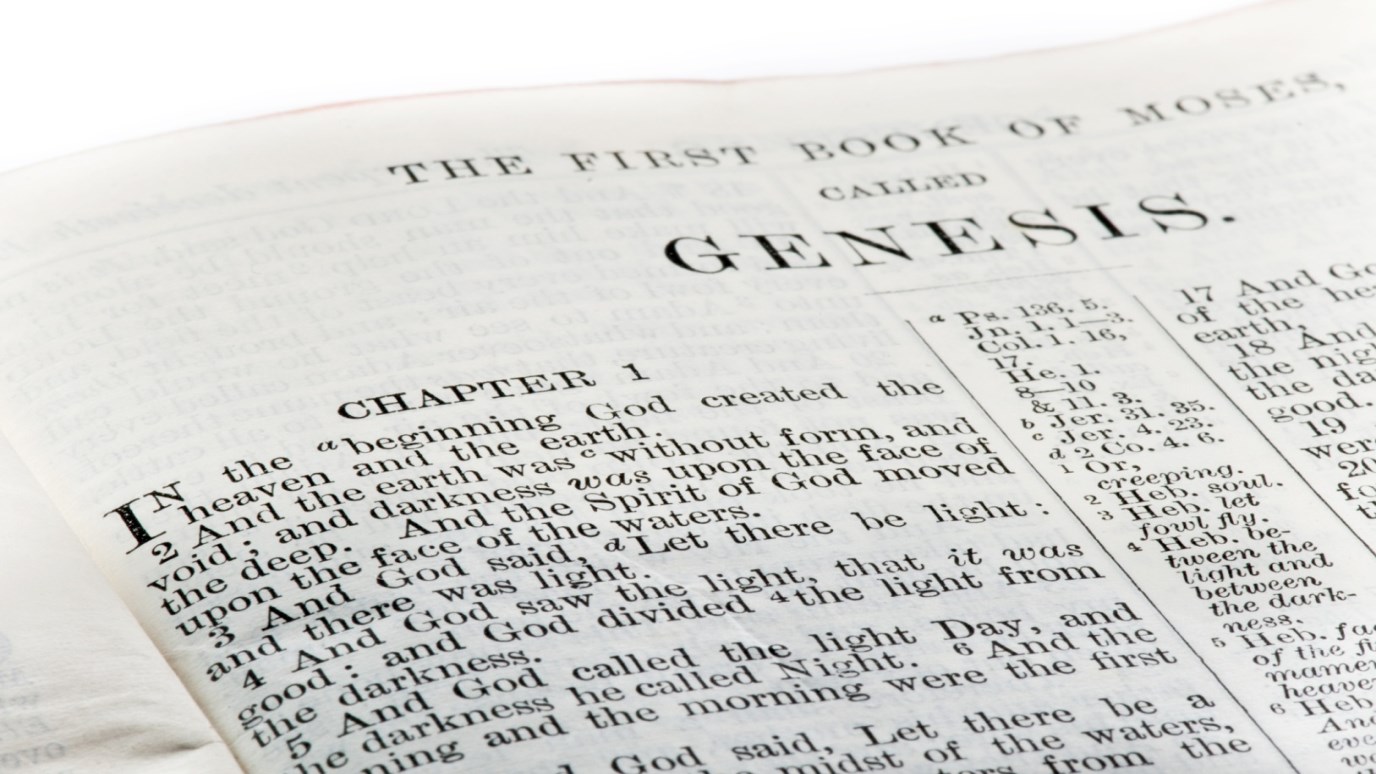 Erin Gieschen tells us it is His Word—alive, moving in and through us—that ignites the words of Scripture and writes them on our hearts.

In the beginning was the Word. It’s how the story begins, both Part I and Part II.

In the very beginning, God speaks the word, and light tears into the formless void. There’s a reason Genesis 1 tells us that creation began with light. In the second part of the story, when the Creator stepped into creation in the form of a flesh-and-blood human baby, Scripture says that He was “the true Light” (John 1:1-9). Jesus was again bringing life to the world but this time as more than the mysterious agent of creation: He was the Word incarnate— the light to all mankind—come to redeem His creation.

As an old man, John, who’d walked and talked and eaten with Jesus, looked back on those years and wrote of the experience: “We saw His glory, glory as the only begotten from the Father, full of grace and truth” (1:14). The disciple had seen the One through whom all things sprang into existence—and came to know Him. “That which was from the beginning,” he wrote to the early church, “which we have heard, which we have seen with our eyes, which we have looked at and our hands have touched—this we proclaim concerning the Word of life” (1 John 1:1 NIV).

The Word made flesh. It’s the key to the entirety of our faith. While some would assume that, like many other religions, our belief is centered on a holy book, the Bible itself speaks otherwise. Rather than a long litany of divine commands, we recognize the Old Testament as an elaborate, intricate buildup to—and the New Testament as a celebration of—the person of Jesus Christ. Taken as a whole, the written words point to the Word.

While inspired by God, the Bible is an incredibly unique anthology, written by many human authors spanning millenniums. There we find everything from moving narratives and violent sagas to worship songs and angry prayers; genealogies and love poetry to historic records and cryptic prophecy. A stranger to its pages might wonder why, exactly, believers call such a diverse range of writings God’s Word. But if you allow Scripture to ask you deep questions— “piercing as far as the division of soul and spirit” (Heb. 4:12)—and let it inspire you to ask some of your own, it becomes apparent that every verse pulls the reader toward the same desire, the same center: the Word enfleshed. And He reveals the heart of a Creator who longs to be with His creation—a Father who will do whatever it takes to bring His children back to Him.

From the very beginning, the story of Scripture is about the Word.

A few decades ago, a group of linguists were welcomed by a community in Indonesia. The purpose was to live with the tribe, learn their language, and create a written alphabet so the Bible could be translated. Considering the scope of the project (66 different books, with 1189 chapters) the translators initially figured that following standard procedure would be the most logical: start with a gospel book from the New Testament and get straight to the story of Jesus as soon as possible. But as they gradually learned the new language’s nuances and the culture behind it, they came to realize how important elaborate oral storytelling was to the tribe’s identity. The plan changed. If ever there was an epic story to tell, it was this one. And the story of Christ didn’t just start with His birth.

That year, the translators labored over their spoken language skills while one of them, an artist, drew hundreds of large, symbolic illustrations that followed the Bible’s narrative arc. Finally, they announced that they were ready. All the surrounding villages were notified, and on the day the storytelling was to commence, the entire tribe gathered to listen. And the translators started at the very beginning.

“This is the one everyone’s been waiting for! He is the sacrifice, the Lamb of God who will take away the people’s sin!”

The process took days as they moved from character to character: the first people on earth who hid from God; their son who killed his brother; Abraham, who climbed up a mountain to sacrifice Isaac; Moses, who led his people out of slavery; David the teenage shepherd who became a warrior king and legendary poet . . . The storytellers told of sin and loss and exile and God’s continual acts of redemption. And then they finally came to the end of Part I—400 years of silence and waiting. The tribe hung on every word.

All this, and they still had yet to explain “the plan of salvation,” who Jesus was, and, for that matter, what any of these stories had to do with one another. Yet, the day Part II began, the translators started to tell of a baby born in the darkness of night in the town of David, and something astounding happened. The audience erupted in excitement. “This is the One!” they said, cries of recognition rippling through the crowd. “This is the One every- one’s been waiting for! He is the sacrifice, the Lamb of God who will take away the people’s sin!”

This is why Scripture says of itself that the Word is alive—because the Word Himself, to whom the Bible points, is living and active (Heb. 4:12).

The Word of God goes beyond its written message, and even beyond history or prophecy or song. It goes beyond the ancient commandments and even the parables Jesus told. When taken in as a whole story that points to the Word Himself, the written letters are illuminated by God’s Spirit, revealing His grace and truth to us.

John ends the closing chapter of the Bible with these words of Christ’s: “I am the Alpha and the Omega, the first and the last, the beginning and the end” (Rev. 22:13). He is the first word and last word. Which is why, as Scripture says, “You have been born again not of seed which is perishable but imperishable, that is, through the living and enduring word of God” (1 Peter 1:23). It is His Word—alive, moving in and through us—that ignites the words and writes them on our hearts.

Profile of a True Disciple of Jesus
Dennis Mock

Alive in the Gospel and Acting Righteously
J.D. Greear