The Weaving of the Christ Tale 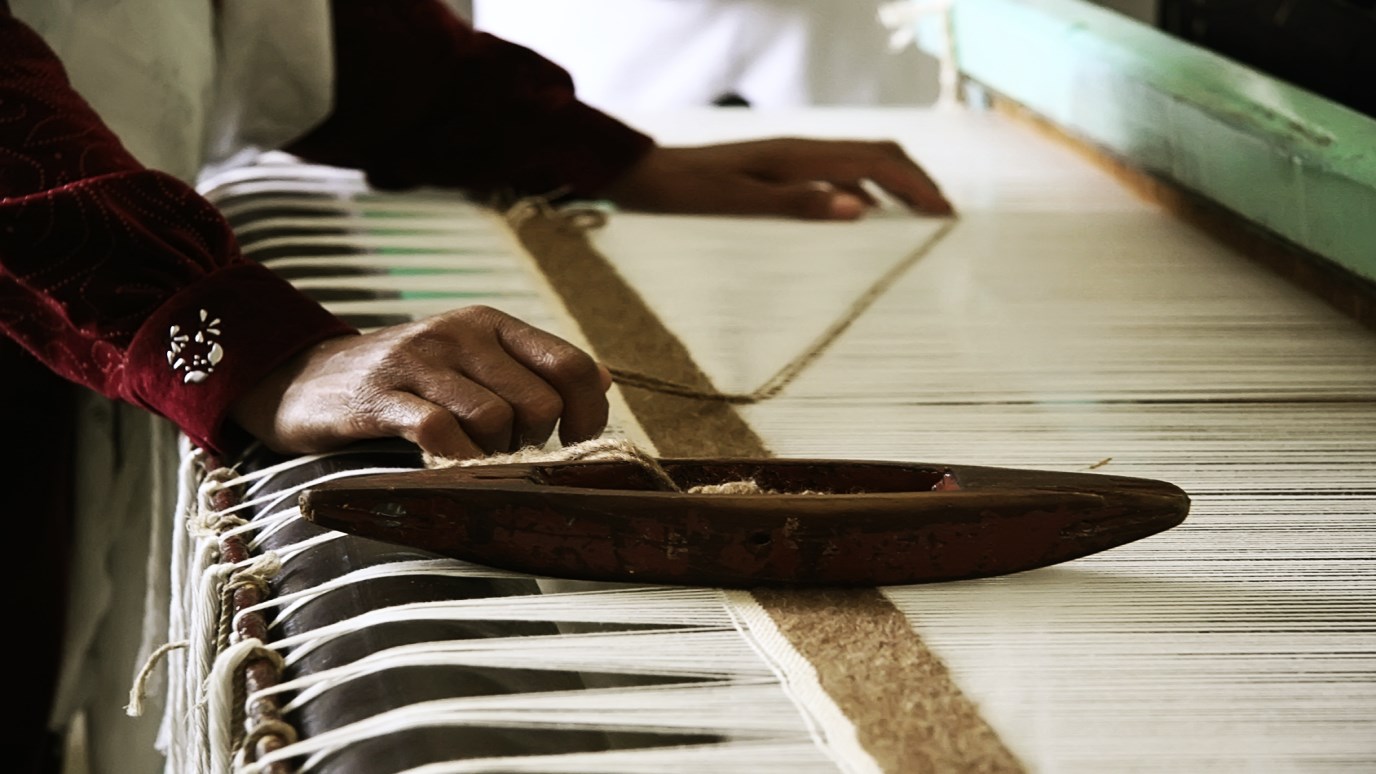 The Destiny Weaver wove his story in time. And the weaving goes on, for those willing to lend the strand of their lives to the woven purposes of God.

The birth of the Christ child did not begin with a manger and shepherds in their fields and wise men following a star. It did not begin even with a lone husband and wife seeking shelter for the night. God weaves a better story than that.

It began, of course, with all the Great Ones of old who foresaw the Messiah or who played a role in his ancestry or who wrote of how it would happen so that when it did everyone would know that God had been preparing, that all was according to plan.

But we don’t have to go back that far.

We can start with Anna. That is the name we know her by. The people who saw her everyday may have called her something else and it may not have been that kind. She was old. In fact, Dr. Luke tells us she was “very old.” And maybe a bit odd. People saw her each time they went to the temple. She was there, her lips moving wordlessly, often her hands raised to something invisible. Folks probably thought she was insane, some wrinkled old homeless woman who mumbled to herself all the time.

She wasn’t any of these things. It turns out she was once a lovely young woman who had long ago married the love of her life. The two lived happily for seven years until the young husband died. Anna was shattered and wept away her days. Then, in the swirl of her grief, she noticed a purpose taking form despite the fog. She knew what God wanted her to do: to wait and pray and fast and worship and do it out where anyone might see—in the temple courts. She sensed something marvelous was going to happen before too many years and that in some invisible way she was supposed to pave the way.

So day and night she stood before her God and reminded him of who he was and what he had promised. And the years passed—almost sixty of them. All along, Anna stayed true. And then there was that day, when Joseph and Mary—who were not yet born when Anna had stood her watch for forty years!—walked into the temple courts with something in their arms.

Simeon saw it too. He was old as well though not as old as Anna. Perhaps the two even knew each other. Her job was to stand in the holy place and call upon God to act. Simeon’s job was to know what was coming and to let it live inside him until the day it was fulfilled—even if it was the last day of his life.

So when Joseph and Mary’s grandparents were still young, Anna moved from grief to intercession and began to stand her watch. Simeon saw what others did not of God’s intent for Israel and waited, like a pregnant woman eager for the day of birth. And he was there, too, before Joseph and Mary were even a dream in their parents’ hearts.

Then, without either of them knowing it, the night we remember each year came. A young couple, forced to travel by a decree of Caesar, looked for a place to give birth. There was no room in the inn. Everyone was out on the roads. And so a cave used to tend cattle became their home for a while.

It had taken miracles to get them there. An angel appeared to Mary to tell her what was to come. She was only 14 or so and understandably unsure. Joseph had suspicions that only another angel/dream could correct. Then, Mary’s Uncle Zechariah had seen an angel by the temple altar and things had not gone well. He didn’t speak for nine months while his wife, Elizabeth, had a child though she was well up in years.

God was weaving his story. And he wasn’t done. On this night, while Mary gave birth to a child no human father produced and Joseph served her knowing the child was from God and Anna worshiped in the temple and Simeon carried the sacred dream… .

… Priests of a foreign religion and a far distant land were woven into the story. They followed a slow moving star and would not arrive for two years, but they had begun their journey to worship the Christ and would not stop searching until they did. Shepherds tending the temple flocks heard angels declare what had happened and rushed off to find the new Lamb of God.  And in Jerusalem, Zechariah spoke and held his new son named John while his wife, Elizabeth, recovered from her joyous trial.

And he came. The Promised One. Just as was foretold. As a pudgy, squirming baby nestled in an animal trough. Not much fanfare for a king.

Then, forty days later, to fulfill the law of God, Joseph and Mary carried their child, Jeshua, to Jerusalem and into the temple courts. Simeon found them first, old as he was and perhaps a bit weary in the search. Once he explained to the parents, he took the child in his arms and knew his unanswered waiting had come to an end. He held in his trembling hands the one who would reach beyond the borders of Israel to the great unknowing masses in lands no honorable Jew would set foot. And he told these parents it would not all be easy for them in the days to come.

Anna likely saw the three and the child amidst the temple throng and drew near. What she had envisioned all those years ago, what she had long asked God to do, now was here. She wept and prayed and began to tell all who entered the temple a story that must have made the passersby shake their heads at that crazy old woman and her mystical tales.

Each one played his role. The grieving young wife, the patient seer, the priests of a strange religion, the shepherds just putting down for the night, the old priest of Israel who had trouble believing, his now-young elderly wife, and the Christ himself who was ancient before he was born and took on the form of a child.

In this way, the Destiny Weaver wove his story in time. And the weaving goes on, for those willing to lend the strand of their lives to the woven purposes of God.

A Heart for Serving Others
Great Commandment

Fear Not; He Is with You
Emmaus Church

One in a Billion, Part 3
Todd Mullins
Follow Us
Grow Daily with Unlimited Content
Uninterrupted Ad-Free Experience
Watch a Christian or Family Movie Every Month for Free
Early and Exclusive Access to Christian Resources
Feel the Heart of Worship with Weekly Worship Radio
Become a Member
No Thanks