The View from Above - A Family Devotional 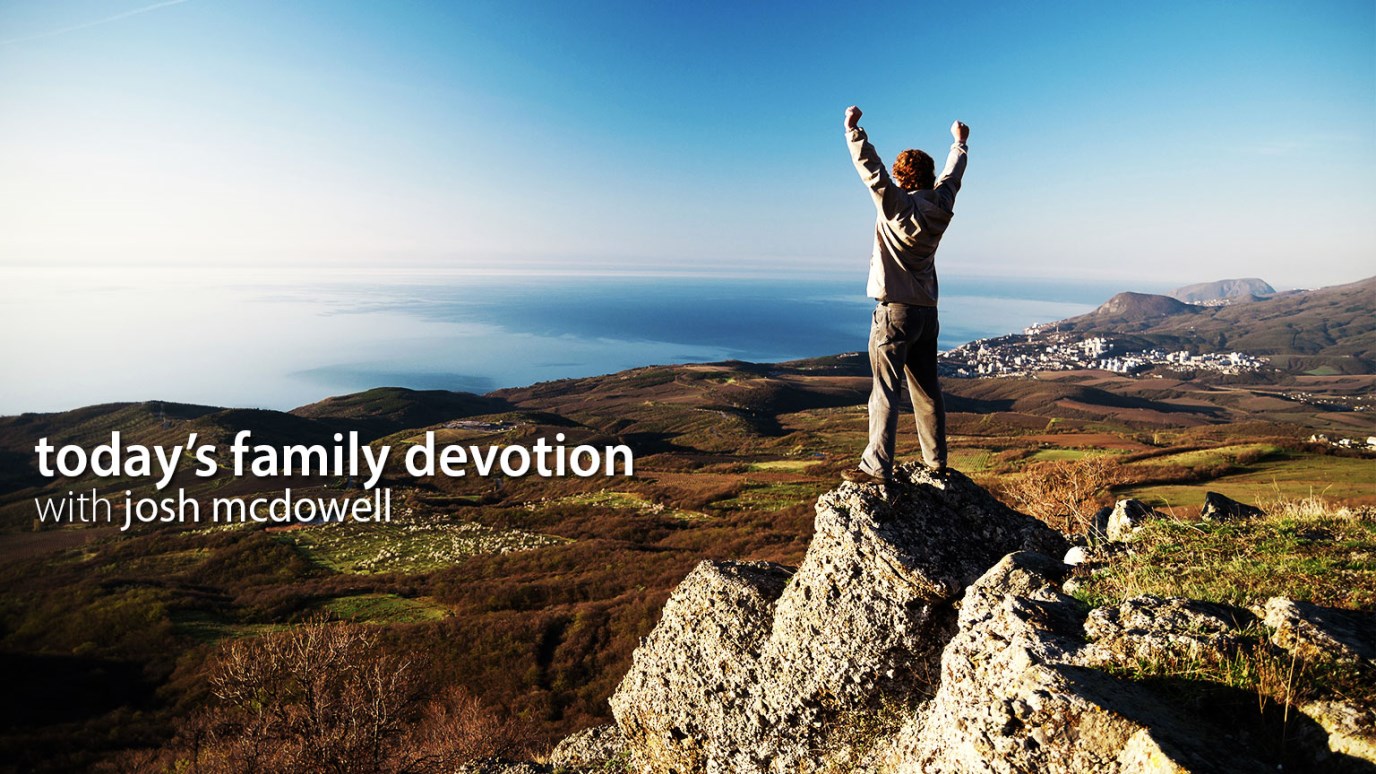 We should trust God's view of right and wrong.

We Should Trust God's View of Right and Wrong.

Cole and his parents stood on the curb watching the parade go by. Cole loved the bands that marched by in smart uniforms. The antique cars that drove by honking their horns were neat, too. He laughed at the clowns who tramped by, tossing pieces of gum and candy into the crowd. But he began to get impatient to see what was coming next.

“Daddy, what’s coming next?” he would ask, along with “Mommy, are there more clowns?”

Finally, Cole’s dad had an idea. He gripped Cole around the waist, whisked him into the air, and settled Cole on his shoulders.

“I can see everything now,” Cole said, “because I’m up high!”

After the parade was over, Mom and Dad sat on the curb on either side of Cole as they waited for the crowd to disperse.

“You liked being up on Daddy’s shoulders, didn’t you, Cole?” Mom asked.

Cole nodded enthusiastically. “I could see everything!” he said. He chattered about the cars, clowns, fire engines, and floats. “I was higher than anybody else!” he said.

“Oh, I don’t know about that,” Dad said, smiling. “I can think of someone who was still higher than you.”

Cole frowned for a moment, then his expression brightened. “1 know!” he said. “God was higher than I was!”

“That’s right,” Dad said, chuckling. “Just think how far you could see when you were on my shoulders. God can see even farther than that!”

“That’s why we should always listen to him and do what he says,” Mom said, “because he can see a lot more than we can.”

“Even more than I can see from Daddy’s shoulders,” Cole said solemnly.

“Even more than that,” Dad said.

TO DISCUSS: Do you believe that God knows everything and is in control of your life? Do the choices you make reflect that belief?

TO PRAY: “O God, remind us that you can see higher and farther than we can see. Help us to trust you and to obey what you say.”