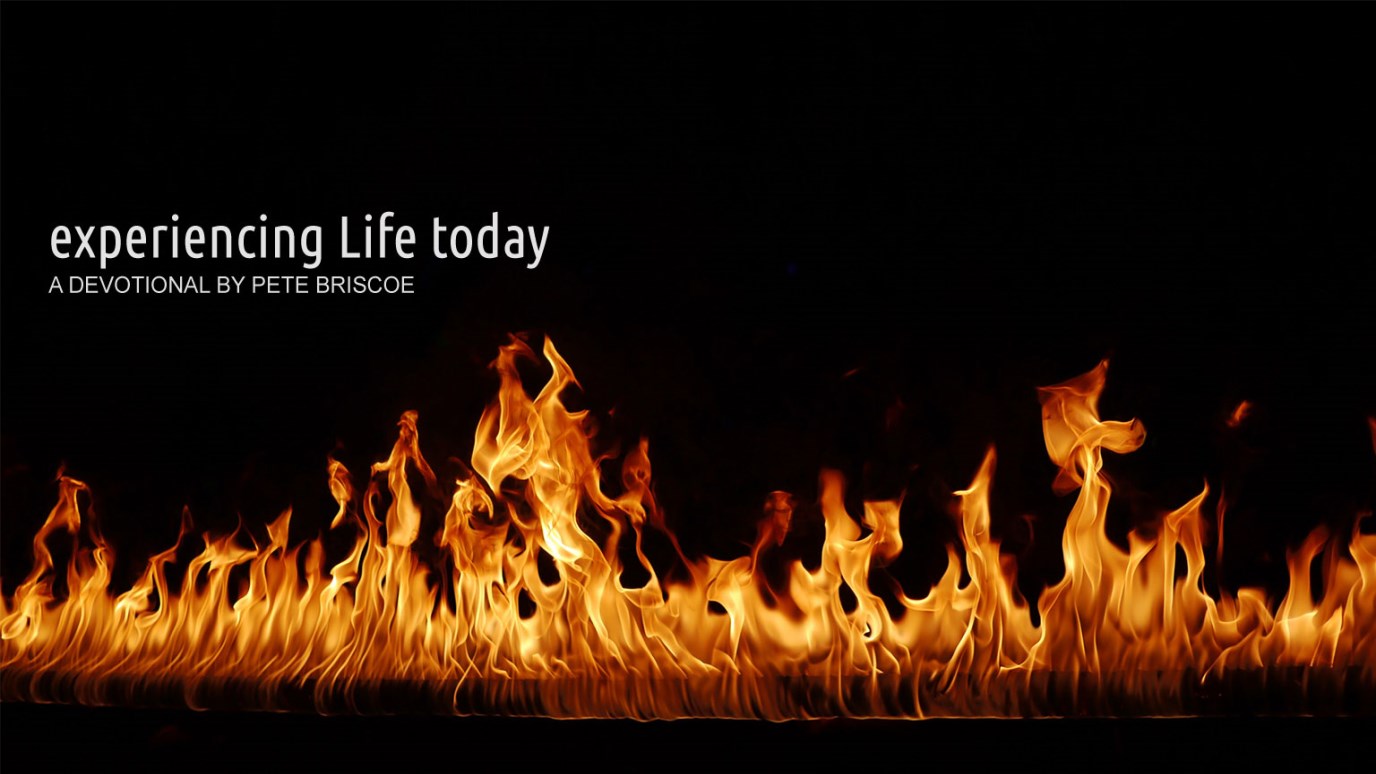 There is a heaven, and there is a hell, and after death it is impossible to move from one to the other.

“How well I have learned that there is no fence to sit on between heaven and hell. There is a deep, wide gulf, a chasm, and in that chasm is no place for any man.”—Johnny Cash

To be honest, I really don't like preaching "hell, fire, and brimstone".  It always reminds me of red, puffy faced bald men with neckties that are way too tight. I wear jeans and T-shirts to work at my church and I would just as soon avoid topics that sound judgmental and condemning.

The problem with that is that the Bible teaches "hell, fire, and brimstone" and we have to be committed to be seekers of true belief… even when the truth is uncomfortable, unpopular, and controversial. And while we can avoid the yelling and the red faces and the neckties that are too tight, we can live as gracious warnings to those headed in the wrong direction.

Jesus did that. He warned those around him—as in this unnerving story he told to the Pharisees and the Disciples:

There was a rich man who was dressed in purple and fine linen and lived in luxury every day. At his gate was laid a beggar named Lazarus… The time came when the beggar died and the angels carried him to Abraham's side. The rich man also died and was buried. In hell, where he was in torment, he looked up and saw Abraham far away, with Lazarus by his side. So he called to him, "Father Abraham, have pity on me and send Lazarus to dip the tip of his finger in water and cool my tongue, because I am in agony in this fire."

But Abraham replied, "Son, remember that in your lifetime you received your good things, while Lazarus received bad things, but now he is comforted here and you are in agony. And besides all this, between us and you a great chasm has been fixed, so that those who want to go from here to you cannot, nor can anyone cross over from there to us." Luke 16:19-26

There are many lessons to be learned from this passage, but the blaring message is this: There is a heaven, and there is a hell, and after death it is impossible to move from one to the other. An eternal barrier is fixed between these two places and the decisions we make on earth will determine where we spend eternity.

Yeah, serious stuff! Important stuff! Jesus talked about it a lot, and thankfully we have an opportunity to absorb his words so that there are no surprises in the end.

Lord Jesus, Thank you for the clarity of Your Word. Thank You for telling us the truth. Today and in the days ahead give us grace and mercy and wisdom as we contemplate the eternal future of ourselves and those around us. Amen.

The Growth of Christianity
Ravi Zacharias

What's My Role in the Holy Spirit's Work?
Bayless Conley
Follow Us
Grow Daily with Unlimited Content
Uninterrupted Ad-Free Experience
Watch a Christian or Family Movie Every Month for Free
Early and Exclusive Access to Christian Resources
Feel the Heart of Worship with Weekly Worship Radio
Become a Member
No Thanks